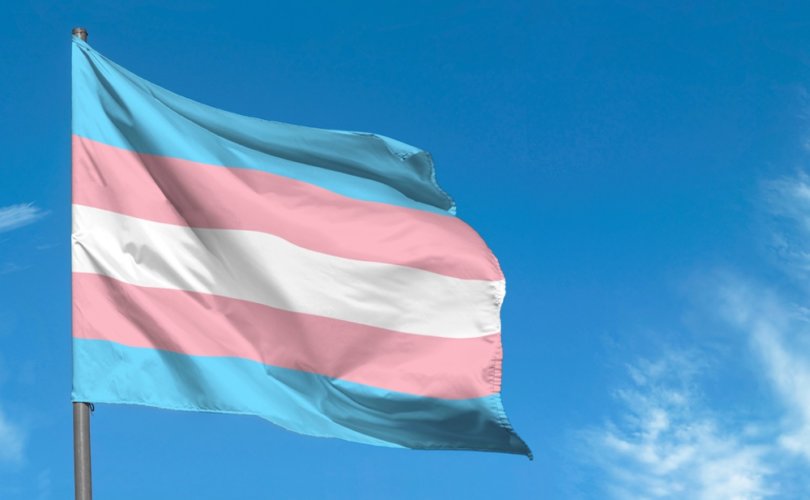 WASHINGTON, D.C. (LifeSiteNews) — The U.S. Department of Health and Human Services (HHS) last week flew the “transgender flag” outside its headquarters in Washington, D.C., marking the first time the radical banner has flown in front of a federal building.

HHS Secretary Xavier Becerra made the announcement in a Thursday morning tweet, noting that the flag was flown in honor of “Transgender Day of Visibility.”

“On this International #TransDayofVisibility, I say to our transgender communities: we see you, we stand with you, and we will be there for you,” Becerra said, highlighting that “For the first time in history, the transgender flag is flying in front of a federal agency, @HHSGov’s Hubert Humphrey building.”

The announcement was met with derision by conservatives, with Daily Wire commentator Matt Walsh declaring that the Biden administration is the “most disgraceful and deranged … in American history.”

The most disgraceful and deranged presidential administration in American history https://t.co/QQ1uSvxhxD

The Biden administration’s affirmation of radical transgender ideology didn’t end with flying the blue, white, and pink flag outside the Hubert Humphrey building.

On Thursday, the HHS made a bevy of changes, including green-lighting the option for choosing “X” as a gender on U.S. passports and releasing several documents endorsing radical mutilating surgeries and hormone treatments for “transgender” young people.

Destructive treatments given the nod by the Biden administration include: “‘Top’ surgery – to create male-typical chest shape or enhance breasts;” and “‘Bottom’ surgery – surgery on genitals or reproductive organs, facial feminization or other procedures.”

U.S. President Joe Biden also commemorated the occasion with a proclamation that stated, “On this day and every day, we recognize the resilience, strength, and joy of transgender, nonbinary, and gender nonconforming people.”

Biden’s proclamation took aim at the raft of biology-affirming legislative measures and executive orders proposed and enacted throughout right-leaning states over the past months, which ban men from competing in women’s sports, prohibit the teaching of radical gender ideology in classrooms, and target mutilating surgeries and destructive hormonal treatments for young people as “child abuse.”

“These bills are wrong,” the president argued. “Efforts to criminalize supportive medical care for transgender kids, to ban transgender children from playing sports, and to outlaw discussing LGBTQI+ people in schools undermine their humanity and corrode our Nation’s values.”

The Biden administration’s defense of radical sexual ideology stands in stark contrast with the actions of many Republican governors and lawmakers, like Florida Gov. Ron DeSantis and Texas Gov. Greg Abbott, who have worked to protect children, support parent’s rights, and uphold religious and biological understandings of sexuality in the face of increasingly pervasive transgender rhetoric.

Recently, DeSantis has drawn a firestorm of outrage from the left for his Parental Rights in Education act, dubbed the “Don’t Say Gay” bill by opponents, which was signed into law last week.

Calling attacks on the legislation mere “sloganeering and fake narratives by leftist politicians, by activists, by corporate media,” DeSantis suggested that critics are mischaracterizing the bill “because they don’t want to admit that they support a lot of the things we are providing protections against.”

“For example, they support sexualizing kids in kindergarten. They support injecting woke gender ideology into second grade classrooms. They support enabling schools to ‘transition students’ to a ‘different gender’ without the knowledge of the parent much less without the parents consent,” he said.