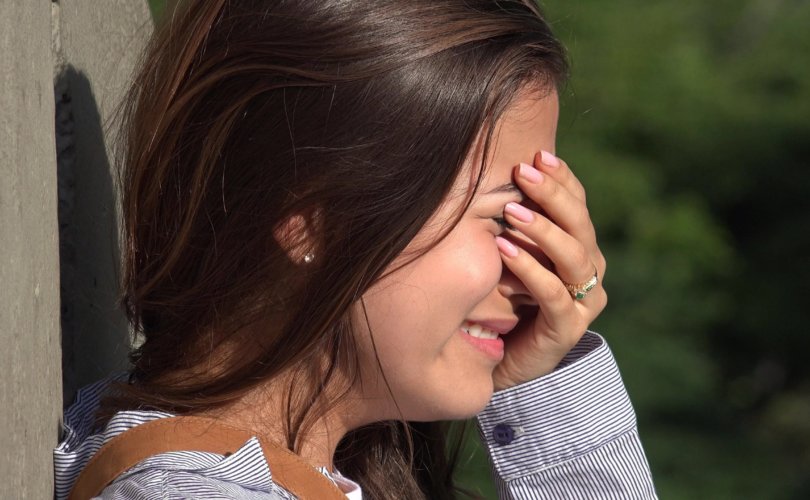 ALBUQUERQUE, New Mexico, May 30, 2017 (LifeSiteNews) — A new undercover recording exposes abortion staff illegally telling an underage victim of incest not to contact authorities and directing her to Medicaid so she can get a late-term abortion at taxpayer expense.

Abortion Free New Mexico (AFNM) and Priests for Life secretly recorded the May 5 phone conversation of a woman posing as a teenage incest victim 26 weeks along in her pregnancy and Southwestern Women’s Options abortuary. The staff person assures the “girl” that no one needs to know, and informs her that a late-term abortion will cost $7,500. The staffer then refers the girl to Medicaid in order to get an abortion for free.

“New Mexico is the land of unrestricted abortion,” AFNM spokeswoman Tara Shaver told LifeSiteNews. “In addition to having no limitations on abortion, the state lacks the most basic of laws that are intended to protect pregnant minors, many of whom suffer sexual abuse at the hands of older men and even family members.”

“The abortion cartel has no interest in protecting these minors and this latest call proves that,” Shaver summarized. “It is appalling that selling an abortion trumps preventing the continuation of sexual abuse in the life of a young person, but this is the reality of abortion in New Mexico.”

New Mexico law declares incest a third-degree felony, with offenders imprisoned for up to six years. State law also requires mandatory reporting even merely suspected sexual abuse of a minor. The law states that notifying the authorities is mandatory even for a “physician, psychotherapist, and state or nationally licensed mental-health therapist.”

Every abortion provider “has a duty to report possible incest regarding a 16-year old minor seeking an abortion,” AFNM Senior Legal Counsel Angelo Artuso explained in a released statement. “Under the mandatory reporting law, physicians and nurses have a duty to report suspected child abuse … because incest is included as a separate category of sexual abuse, the ‘age of consent’ and the ‘Romeo and Juliet’ exceptions to statutory rape do NOT apply.”

Fr. Frank Pavone of Priests for Life said covering up incest is par for the course among abortion workers. “This latest undercover call continues to rip the veil off the abortion industry and show our nation what even most ‘pro-choice’ people oppose: late-term abortion of healthy babies, paid for by taxpayers, and conducted by an industry which provides cover for sexual predators.”

Bud Shaver of Abortion Free New Mexico noted, “Providing these young girls with abortions does not stop the abuse they face, it merely covers it up and allows it to continue.”

“Pro-life sidewalk counselors have spoken to several minors over the past seven years outside of Southwestern Women’s Options. Many of them came to New Mexico seeking abortions to evade their own states’ laws,” Tara Shaver added. “The reality is that the New Mexico abortion cartel is more concerned about how much money they can make off of selling an abortion, especially lucrative late-term abortions, instead of adhering to the laws that were passed to protect minors from sexual abuse.”

“What we need to know to end abortion is found in the abortion industry itself,” Fr. Pavone pointed out. “We just need to continue exposing it, and we will.”