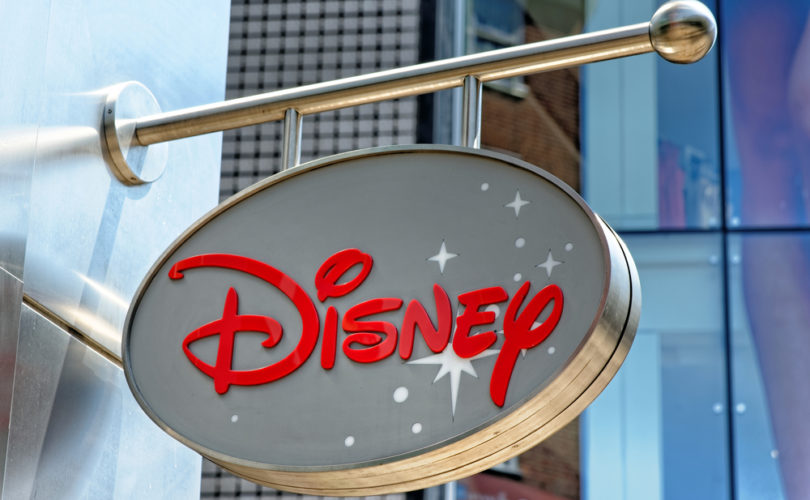 May 30, 2019 (LifeSiteNews) – Disney co-CEO Bob Iger said Wednesday it would be “very difficult” to continue filming in Georgia if the state’s law protecting preborn babies with detectable heartbeats takes effect, framing his comments around the assumed pro-abortion biases of the entertainment giant’s employees.

House Bill 481 forbids abortions once a fetal heartbeat can be detected except in cases of rape, incest, physical medical emergencies, and pregnancies deemed “medically futile.” If allowed to take effect, it will ban abortions in all other cases as early as six weeks into a pregnancy starting in January 2020. Republican Gov. Brian Kemp signed it into law earlier this month, declaring Georgia a “state that values life” and “stand(s) up for those who are unable to speak for themselves.”

The film industry generates substantial jobs and revenue for the Peach State, leading dozens of other celebrities to threaten to boycott to punish Georgians for enacting it. A handful of smaller studios have announced they’re refusing to film in Georgia, while prominent creators J.J. Abrams and Jordan Peele have said they’ll donate profits from an upcoming project in Georgia to pro-abortion organizations. Director Ron Howard and the streaming service Netflix have also threatened to boycott if the law survives a legal challenge.

On Wednesday, Iger told Reuters that it would be “very difficult” and not “practical” for Disney to keep filming in Georgia if the law takes effect, because “many people who work for us will not want to work there, and we will have to heed their wishes in that regard. Right now we are watching it very carefully.” Disney currently owns the enormous Star Wars and Marvel Cinematic Universe franchises, the latter of which have filmed several entries in Georgia.

With Iger framing the choice as a question of practicality and employees’ assumed wishes rather than an ideological statement, some are speculating that he is trying to mollify pro-abortion demands without committing to sacrificing Georgia’s lucrative tax breaks, based on the calculation that the law will be struck down and Disney won’t have to follow through on the threat.

Regardless, pro-lifers are calling out Disney for building their business on children’s entertainment while opposing basic protections for children with beating hearts:

Man in charge of a company that creates entertainment for children says he can't do business with a state that protects innocent babies from being aborted https://t.co/RpULnOHfQM

So Disney is considering boycotting Georgia because they saved babies' lives, but they see no problem with doing business in Saudi Arabia, which has countless human rights violations. pic.twitter.com/w0r7IaYHsW

Most of Hollywood’s biggest studios are holding their fire for the moment. The Motion Picture Association of America, which represents Warner Bros., Paramount, Sony, and Universal in addition to Disney and Netflix, has said only that it will “continue to monitor developments.” Comedian Tyler Perry, who has a 330-acre studio in Atlanta, has declined to comment because, according to a Hollywood Reporter source, “he likes to stay way below the radar.”

Pro-life leaders are remaining defiant. U.S. Sen. David Perdue (R-GA) emphasized that despite Hollywood’s threats, the Peach State has once again been “rated for the sixth year in the row as the best state in the country in which to do business” by the trade publication Site Selection.

“We’re elected to do what’s right – and standing up for precious life is always the right thing to do,” Gov. Kemp said. “We are the party of freedom and opportunity. We value and protect innocent life — even though that makes C-list celebrities squawk.”