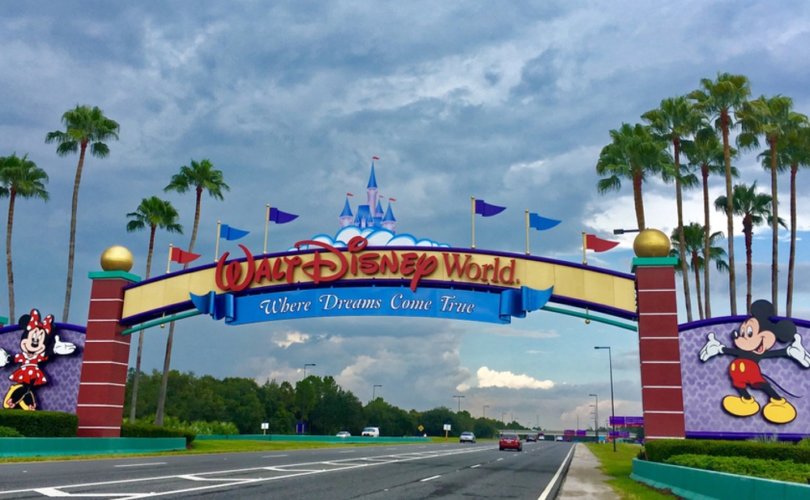 “Last year was our last event,” a spokeswoman for the Florida resort confirmed to the Orlando Sentinel. She added that the decision was made in the interest of “continually changing our offerings.”

Rikki Niblett of the blog TouringPlans.com notes that the announcement follows the deletion of the Night of Joy’s official Facebook page.

The resort has hosted the Christian concerts in September since 1983, mostly in Magic Kingdom but with two years at Disney’s Hollywood Studios, and at ESPN Wide World of Sports complex for its final two years.

Steven Curtis Chapman, Amy Grant, Newsboys, Casting Crowns, Chris Tomlin, Kirk Franklin, Michael W. Smith, and Debby Boone are among the major names to perform over the years. Its final 2017 showing, which had to be canceled after its first night due to Hurricane Irma, featured TobyMac and MercyMe.

Night of Joy’s popularity eventually caused it to grow to include a variety of side activities, the Christian Post adds. Disney’s listing for the 2017 event says its associated FanFest included “appearances by some of your favorite Night of Joy artists, Disney character meet-and-greets, video games and sporting activities.”

Disney is not completely eliminating Christian music, however. Its annual Eat to the Beat concert series, hosted at Epcot, is slated to feature MercyMe and Tauren Wells.

Disney has come under fire for undermining Christian values in a variety of ways across its entertainment and vacation properties, most recently by selling hats featuring rainbow Mickey Mouse ears to symbolize “gay pride.” For years its Orlando park has allowed unofficial “Gay Days,” which even some pro-LGBT activists have criticized for associating “gay pride” with leather “fetish” outfits, sexually suggestive dancing, and even partial nudity.

Last year, Disney depicted children with two lesbian mothers in the preschool-aimed cartoon Doctor McStuffins, included an unrequited homosexual attraction in its live-action Beauty and the Beast remake, showed multiple same-sex couples kissing in the cartoon Star vs. the Forces of Evil, and introduced a storyline about a 13-year-old wrestling with homosexual attraction in the teen-targeted series Andi Mack. Top members of Frozen’s production team have expressed interest in making lead character Elsa a lesbian, as well.