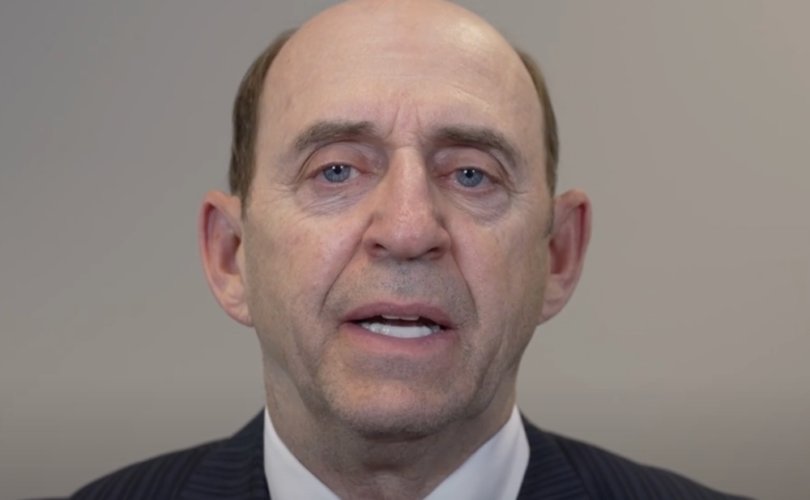 In a statement sent to LifeSiteNews, Bourgault said he wanted to provide further clarification on the “specifics around the decision” by the CPC’s Leadership Election Oversight Committee (LEOC) regarding his removal from running.

— Article continues below Petition —
PETITION: Tell the CPC to reinstate conservative leadership candidates!
Show Petition Text
5355 have signed the petition.
Let's get to 6000!
Thank you for signing this petition!
Add your signature:
Show Petition Text

“They have provided us with feedback and details on the reasons for our ineligibility to remain in the race even though we had met all the criteria. There were documents that were submitted by our team to the Conservative Party in the last days of the campaign that they deemed incorrect and in violation of Elections Canada requirements,” Bourgault said in his statement.

“These details were very minor and could have easily been corrected, but there was no flexibility in their decision.”

Bourgault added that his stance is his team met all of the “qualifications but were not able to proceed due to minor details that were in part caused by lack of clarity and communications from both Elections Canada and the Conservative Party.”

While disappointed, he noted that his team is “working with the Conservative Party to return as much of the funds as possible to our supporters.”

He added he will continue his “mission to bring Truth, Freedom and Justice back to Canada.”

“We will gather honest, truth-seeking Canadians to provide support and leadership through the many challenges that we are facing as a nation. Our country has experienced incredible trauma and our Prime Minister continues to divide Canadians. Where he has failed, we will succeed in bringing Canadians together once again,” Bourgault said.

He is the president and CEO of Bourgault Tillage Tools and founder of “Canadians for Truth, Freedom, and Justice.”

Campaign Life Coalition (CLC) gave Bourgault its full endorsement, saying he is a “stellar pro-life, pro-family candidate who will also advocate for religious freedom, free speech and against authoritarian mandates on abortion-tainted vaccines.”

Disqualification of pro-life candidates was done with the most ‘outrageous of excuses,’ says pro-life group

Bourgault and pro-life candidate Grant Abraham were disqualified from running in the CPC leadership campaign despite having enough funds.

LEOC did not say why the pro-life candidates were disqualified but only that they did not meet the correct entry rules.

CLC director of political operations Jack Fonseca recently wrote that the two “pro-life, pro-family Conservative leadership candidates were disqualified from the race with the most outrageous of excuses from the party establishment.”

Fonseca noted that both Bourgault and Abraham were informed they had not met the advertised $300,000 ($233,560 USD) fundraising requirement, “even though they each paid the party more than $300,000 by the April 29 deadline.”

Fonseca wrote that LEOC told the Bourgault and Abraham campaigns that the advertised buy-in fee of $300,000, clearly stated in the rules, was not enough when considering extra “fees.”

Fonseca wrote, “Our sources inside the CPC tell us that members of LEOC were surprised to hear that the buy-in fee was suddenly now $345,000, and not the $300,000 they had been working with.”

“One LEOC member shared, in confidence: ‘They made this figure up. We’d never heard of it before. The only number we had ever heard was $300,000,’” he added.

Fonseca noted that Bourgault’s and Abraham’s campaigns were notified that an additional 15 percent “administration fee” would be added to their $300,000 base fee, which was not advertised anywhere beforehand.

Fonseca noted that as both Bourgault and Abraham paid more than the required $300,00, “their names should rightfully be included in the final list of verified candidates.”

On May 2, CPC executive director Wayne Benson himself admitted that Bourgault’s and Abraham’s removal from the leadership race had nothing to do with their political beliefs or background but was instead due to finances.

The CPC will elect a new leader on September 10.

CPC MP Leslyn Lewis is the only candidate of six on the final ballot with solid pro-life credentials.

Lewis recently voiced concern that some candidates were disqualified from running in the leadership race. She also received praise for her efforts in the party’s first leadership debate, which was held last week.