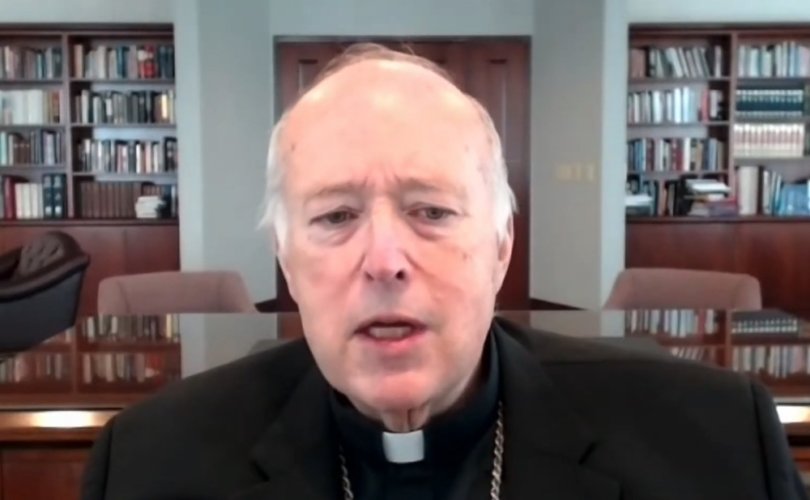 The move, announced in the Vatican’s newly released yearbook and reported by Jesuit-run America Magazine, serves to cement McElroy as one of Pope Francis’s favored clerics. McElroy joins the the board of the Dicastery that Francis himself established in 2016.

The Dicastery itself also announced the news in a tweet, linking to America’s report.

Pope Francis amalgamated the four bodies into one, with the Motu Proprio Humanam Progressionem, and the Dicastery was given the mission to deal with the Pope’s “concern for issues of justice and peace, including those related to migration, health, charitable works and the care of creation.”

Under the direction of Cardinal Peter Turkson, the Dicastery itself has the mission of “integral human development,” a key part of which is the “care of creation.” As such, it seeks to promote the Pope’s “climate change” encyclical Laudato Si in order “to spread a culture of respect for the planet and the human being.”

It also attempts to “establish a relation between humanity and the Earth,” which would thus enable the “reawakening the dignity of individuals and peoples based upon the need for the material and spiritual maturity that each one of us possesses, improving at the same time the environmental, social, cultural and religious conditions in which we live.”

History of deviation from Church teaching, adherence to Pope Francis

McElroy, the current bishop of the Diocese of San Diego, will now take up his duties in the Dicastery, after having distinguished himself by supporting causes close to Pope Francis’s heart and by having a consistent opposition to the teaching of the Catholic Church in a number of areas.

McElroy, who objects to Church teaching on abortion, divorce and “remarriage,” homosexuality, and the priesthood, was described by America’s Vatican correspondent as being, “recognized in Rome as a top expert on the social doctrine of the church.”

However, Faithful Shepherds, a site launched by LifeSiteNews to hold bishops accountable and encourage them to uphold the Deposit of Faith, has compiled a long list of McElroy’s actions against the truth of the Catholic faith.

Indeed, only recently, McElroy repeatedly expressed his strong support for radically pro-abortion Joe Biden, saying on one occasion that he hoped Catholics, and his fellow bishops, would be “proud collaborators” with Biden, particularly on addressing issues of “racial justice and division which have been so exacerbated in the last four years” and responding to COVID-19 issues.

He subsequently added that it would be “destructive” for U.S. Catholic bishops to adhere to Church teaching and to deny Holy Communion to Biden due to his continued public support for the evil of abortion.

To deprive Biden of Holy Communion would be “a weaponization of the Eucharist,” McElroy stated. He also used the example of Pope Francis to support his argument, praising Francis as one who “has placed encounter, dialogue, honesty and collaboration at the heart of his approach to public conversation, and who is unlikely to endorse the deprivation of the Eucharist from the president.”

The Catholic Church teaches that abortion is always wrong because it kills an innocent human being, thus violating the Church’s prohibition on murder, and that homosexual acts are “intrinsically disordered” and “under no circumstances can they be approved” (CCC 2270-2272; CCC 2357). Additionally, Canon 915 of the Catholic Code of Canon Law says that those who “obstinately” persevere “in manifest grave sin are not to be admitted to Holy Communion.”

However, despite this directive contained in Canon Law, McElroy’s words supporting Biden were not a surprise, as in the 2019 fall assembly of the U.S. Conference of Catholic Bishops, he previously used Pope Francis’s words to support his own objection to the consensus on abortion as being the chief issue, saying “it is not Catholic teaching that abortion is the preeminent issue that we face as the world in Catholic social teaching. It is not.”

Such dedication to dialogue with anti-Catholic politicians will certainly stand him in good stead with Pope Francis, who has reportedly taken the same stance with Biden, and administered Holy Communion to the pro-abortion politician, in direct violation of Church law.

Another passion of McElroy’s, which aligns with the interests of the Dicastery, is “climate change.” While speaking in February 2020, McElroy equated climate change with abortion as the “core life issues in Catholic teaching.”

McElroy has also joined a number of other left-leaning clerics in deviating from the Church’s teaching on the subject of homosexuality. In a statement addressed to LGBT youth, jointly signed with six other bishops and Cardinal Joseph Tobin of Newark, New Jersey, McElroy and his fellow clerics affirmed the young people, writing, “God loves you and God is on your side.”

Most recently, McElroy followed the Pope’s lead in promoting the abortion-tainted, hastily developed COVID–19 injections. Only last month, McElroy launched a media campaign in the diocese, stating that “God has brought us vaccines that can heal us and heal our world,” and committing himself to combatting “misinformation” about the injections.

He wrote that it was “vitally important that all of us receive the Covid vaccine,” adding that the “Pfizer, Moderna and Johnson and Johnson vaccines are safe and effective.”

Once more, McElroy referenced Pope Francis in this move.

However, even before copying Pope Francis’s actions of dialogue and referencing the Pope in doing so, McElroy received signal favor from the Pontiff some years ago.

He was one of only three other U.S. bishops who attended the Amazonian Synod in the Vatican in October 2019. The two other prelates were the high ranking cardinals, Cardinal Sean O’Malley of Boston, one of the Pope’s close advisers, and Cardinal Kevin Farrell, prefect of the Vatican’s Dicastery for the Laity, Family and Life.