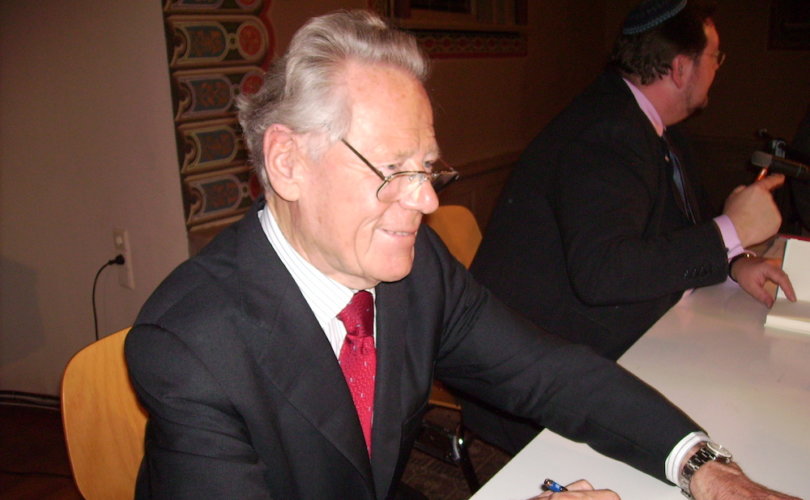 However, he is refusing to produce the letter because of the “confidentiality I owe the pope.”

Küng, who has made a name for himself rejecting a number of fundamental Catholic teachings, including the dogma on infallibility, wrote in a statement published in English by the National Catholic Reporter that he “could not have foreseen…quite how much new freedom Francis would open up in his post-synodal exhortation, Amoris Laetitia.”

Despite Küng’s and progressive theologians’ excitement over the exhortation, canon lawyers and orthodox theologians have pointed out that while it would appear to open a door to ignoring the Church’s sacramental discipline on Communion, it did not in fact change the laws of the Church, and thus priests are bound to obey the longstanding practice.

On March 9, Küng wrote in several academic journals that Pope Francis should reconsider Catholic teaching on papal infallibility.  According to Küng, the pope’s diplomatic mission in Berlin forwarded him a personal letter from Pope Francis dated March 20 that expressed his appreciation to Küng for “the considerations” that led Küng to write Volume 5 of his complete works, in which he questions papal infallibility.

Küng wrote that he found it remarkable that Pope Francis not only answered him, but did so personally and not through his private secretary or secretary of state.  According to Küng, Pope Francis emphasized the fraternal nature of his reply and had “clearly read [Küng’s] appeal.”

“Francis has set no restrictions,” Küng wrote.  “He has thus responded to my request to give room to a free discussion on the dogma of infallibility.”

The Catechism of the Catholic Church teaches that the pope cannot err, “when, as supreme pastor and teacher of all the faithful [he] confirms his brethren in the faith he proclaims by a definitive act a doctrine pertaining to faith or morals” (CCC 891).

For decades, Küng has been at odds with the Vatican.  In 1979, the Vatican barred him from officially teaching Catholic theology.  Following the Second Vatican Council, Küng’s theology became increasingly at odds with the theology then-Cardinal Ratzinger (Pope Benedict XVI) promoted.  Küng repeatedly criticized Ratzinger’s orthodoxy and even compared him to “the head of the KGB.”  He lamented Ratzinger’s election to the papacy. Nevertheless in 2005, the two had dinner together after Benedict's election.

In his statement Tuesday, Küng celebrated Amoris Laetitia’s introduction, which said, “Not all discussions of doctrinal, moral or pastoral issues need to be settled by interventions of the magisterium.”

“Francis no longer wants to be the sole spokesman of the church,” Küng wrote, noting that in Amoris Laetitia, Pope Francis repeatedly quoted statements from national bishops’ conferences and the episcopal synod.

Critics have labeled Pope Francis’s apparent calls for more decentralization of the Church as a threat to the integrity of Catholic doctrine.

“This is the new spirit that I have always expected from the magisterium,” Küng continued.  “I am fully convinced that in this new spirit a free, impartial and open-ended discussion of the infallibility dogma, this fateful key question of destiny for the Catholic church, will be possible.”

“I am deeply grateful to Francis for this new freedom,” Küng wrote, and said that he expects bishops and theologians to “unreservedly adopt this new spirit” questioning the dogma of papal infallibility.