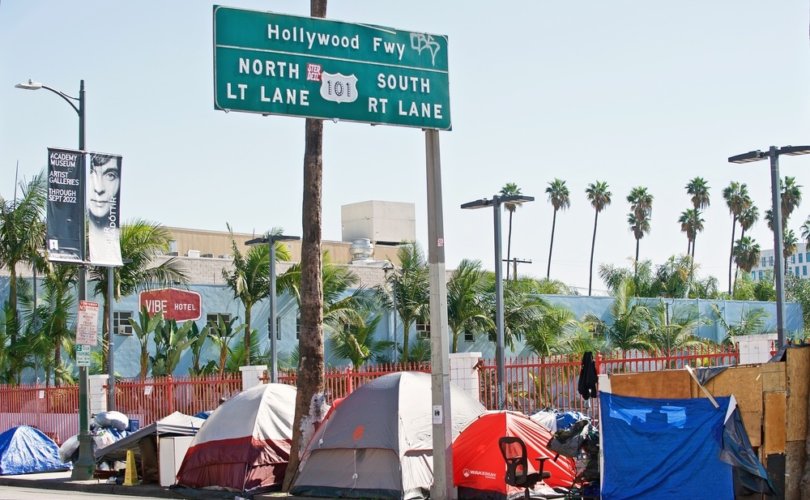 SACRAMENTO (LifeSiteNews) — A nonprofit watchdog group reported last week that the leftist stronghold of California spent at least half a billion dollars over the past two years on woke diversity, equity, and inclusion (DEI) trainings.

The report from the nonprofit Center for Organization Research and Education (CORE) organization found that at least $500 million in taxpayer money went to fund the divisive training programs in California’s local government, K-12 school districts, and higher education, The Epoch Times reported.

“Based on the responsive documents our team received, we calculated at least $188 million directly linked DEI spending, and $308 million more in adjacent spending, totaling nearly $500 million in possible DEI spending in California,” the nonprofit said in its report.

According to the report, departments dedicated to specific environmental or infrastructure tasks nevertheless allocated significant finances to leftist ideological programs.

California’s Department of Conservation, for example, which CORE noted has experienced “some of its worst-recorded forest fires and water shortages” in recent years, nonetheless “spent $180,000 of its environmental budget on including critical race theory in its training,” The Epoch Times reported.

CORE noted in its analysis that $9,000 in spending went to purchasing copies of well-known racial ideologue Ibram X. Kendi’s book, “How to be Anti-Racist,” which were then distributed to staffers including oil and gas engineers in the Conservation Department’s Geologic Energy Management Division.

The state’s Department of Fish and Wildlife also spent roughly $50,000 on “racial equity” programs for employees between 2019 and 2021, the report said.

In addition, the drought-oppressed state’s Department of Water Resources reportedly spent more than $414,000 to advance diversity, inclusion, and equity goals, part of which went toward hiring a full-time DEI staff-member with a massive salary of $171,747, the outlet reported.

Characterizing the results of the report as “unthinkable,” CORE stated that the “results are unmistakable: spending related to DEI and critical race theory-framed activities is a vast and growing component of taxpayer-funded spending at all levels of California government.”

Meanwhile, CORE said it has likely low-balled its $500 million estimate, since about 40% of its records requests have not been fulfilled.

“Our findings are proof that critical race theory and DEI are a vast and growing part of the California government,” the nonprofit said.

A spokesperson for California’s Democat Gov. Gavin Newsom told the Daily Caller that “Unlike some states that aim to ‘both-sides’ the Holocaust or erase slavery from history books, in California, we do it differently.”

Meanwhile, as California spends millions of taxpayer dollars to fund DEI and CRT trainings, other states have moved in the opposite direction.

“What we will not do is let people distort history to try to serve their current ideological goals,” DeSantis said.