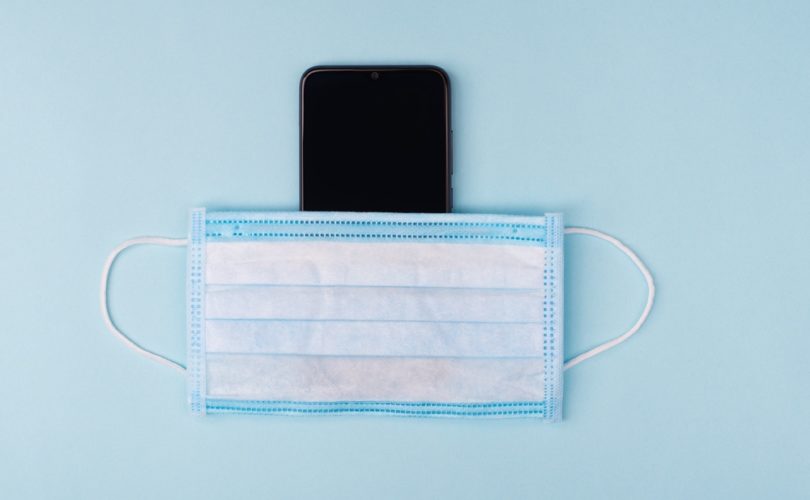 July 13, 2021 (LifeSiteNews) — The Biden administration has had enough with conservative opposition to its vaccination campaign, according to Politico. An article published on the left-learning site Monday said the White House considers those opposed to the administration’s COVID-19 campaign to be “dangerous and extreme” and is taking “a more aggressive political posture” in response.

According to Politico, “[t]he White House has decided to hit back harder on misinformation and scare tactics after Republican lawmakers and conservative activists pledged to fight the administration’s stated plans to go ‘door-to-door' to increase vaccination rates.’”

As the article noted, the Biden administration drew the ire of many a conservative with the announcement of its new door-to-door strategy last week, urging “remaining” unvaccinated Americans to get the experimental shot.

“Now we need to go community by community, neighborhood by neighborhood, and oftentimes door by door — literally knocking on doors to get help to the remaining people,” President Joe Biden said.

The plan was later confirmed by White House press secretary Jen Psaki, who said the administration’s coronavirus approach throughout the summer would involve a “targeted community-by-community, door-to-door outreach to get the remaining Americans vaccinated by ensuring they have the information they need on how both safe and accessible the vaccine is.”

‘Your private conversations will be controlled by the DNC. Is that the picture of a free country?’ asked Tucker Carlson. ‘Looks like we should have worried about civil liberties last year when all this started. If the government can ban discussion of the drug they’re making you take, what can’t they do?’

Conservative social media users and elected officials immediately responded with outrage to the plan, accusing the Biden administration of invading the privacy of Americans and attempting to pressure citizens into accepting a vaccine they do not want to take. The experimental coronavirus vaccines are already widely available – and free – in every U.S. state.

But Politico suggested the White House will now directly confront those opposed to the controversial strategy.

“The pushback will include directly calling out social media platforms and conservative news shows that promote such tactics,” the outlet reported.

Beyond simply “calling out” conservatives who support the free choice of Americans above government intrusion in personal medical decisions, Politico hinted the administration may join with groups such as the Democratic National Committee to use “fact-checkers” to “dispel misinformation,” even in private messages sent via social media platforms and private cell phones.

According to Politico, “Biden allied groups, including the Democratic National Committee [DNC], are also planning to engage fact-checkers more aggressively and work with SMS carriers to dispel misinformation about vaccines that is sent over social media and text messages. The goal is to ensure that people who may have difficulty getting a vaccination because of issues like transportation see those barriers lessened or removed entirely.”

It is unclear how the DNC and “fact-checkers” intend to increase vaccine confidence by surveilling and censoring private communications, and how exactly they plan to “work with SMS carriers.” It also remains to be seen whether the Biden administration will publicly affiliate itself with the effort.

FOX’s Tucker Carlson said Politico’s statement was one “we never thought we’d see written in English: The DNC is planning to censor any ‘misinformation about vaccines’ that you receive privately over text message.”

The host of America’s highest rated cable television show went on to suggest that “misinformation is anything the Biden administration doesn’t want you to know – including, for example, how effective the COVID vaccines actually are, and what the potential side effects from them might be from taking them.”

— Article continues below Petition —
PETITION: No to mandatory vaccination for the coronavirus
Show Petition Text
1081959 have signed the petition.
Let's get to 1100000!
Thank you for signing this petition!
Add your signature:
Show Petition Text

Politico’s article included quotes from left-wing figures who have begun using increasingly harsh and political rhetoric in defense of their strong-arm COVID-19 tactics.

Prominent figures have accused conservatives of threatening the lives of Americans by raising concerns about the hastily produced experimental drugs and the increasingly brazen moves by corporations, governments, and other institutions to mandate the shots.

Psaki called McMaster’s response, which is aligned with that of many conservatives, a “disservice to the country.”

“[F]ailure to provide accurate public health information, including the efficacy of vaccines and the accessibility of them to people across the country, including South Carolina, is literally killing people, so maybe they should consider that,” Psaki said.

John Bridgeland, co-founder of a national assembly called the COVID Collaborative, told Politico it was “completely illogical” and “potentially a death sentence” for Americans to question the safety and efficacy of the COVID-19 drugs on the market, noting that members of his organization, which already goes door-to-door to encourage Americans to take the experimental drug, have already experienced people slamming doors “in their faces because they don't want to get vaccinated.”

In his commentary, Tucker Carlson raised concerns about the extent of the federal government’s attempt to censor information that runs contrary to the prevailing narrative.

“Let’s say you’re interested in finding out that information and looked it up from the administration’s own official websites, starting with the VAERS database,” Carlson said.

“You’re no longer allowed to text what you find on their database to other people in this country – the country you were born in. Your private conversations will be controlled by the DNC. Is that the picture of a free country?”

“Looks like we should have worried about civil liberties last year when all this started,” the popular FOX News host said. “If the government can ban discussion of the drug they’re making you take, what can’t they do?”