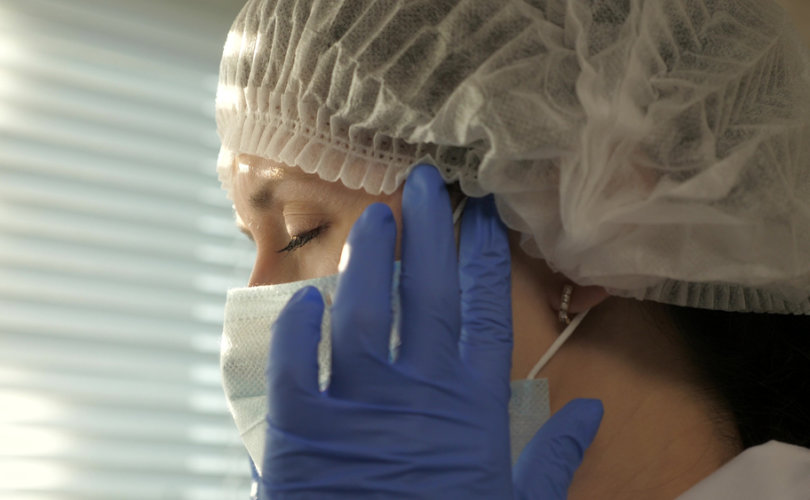 August 19, 2020 (LifeSiteNews) – As the Covid-19 public health crisis enters its sixth month, many states and provinces have mandated the use of cloth face coverings in public places, in spite of poor evidence of their effectiveness in preventing the spread of disease. As of August 13, 34 states have statewide mask mandates of various kinds, as do 4 Canadian provinces. Other local and state or provincial governments have made masks mandatory for some workers, such as restaurant employees, while only giving guidance on their recommended use for others.

Nevertheless, some businesses have implemented mask policies for their employees even in areas where mask use has not been mandated. For instance, Walmart Canada implemented a nationwide mandatory mask policy for both employees and customers effective August 12, and so workers in parts of Canada that have no governmental mask mandate, such as Saskatchewan, are being required by their employers to wear masks.

A hygiene specialist at Saskatchewan’s Occupational Health and Safety Division pointed out that while those with a medical condition can be exempted from their employer’s mask mandate if they have a doctor’s note, regulations 85 and 308 of the province’s Occupational Health and Safety Regulations justify the mask requirement. The former of these regulations deals with handling of hazardous materials and mandates the appropriate use of personal protective equipment (PPE). According to most labor laws, workers have the right to appropriate PPE and even the duty to use it. However, the government has been very clear that cloth face masks and coverings are not to be considered PPE.

This raises the question of whether workers have the right to refuse employer-mandated cloth masks.

James Kitchen from the Canadian-based Justice Center for Constitutional Freedoms says that were a non-unionized worker to be denied shifts or let go over refusing to wear a mask at work, he or she could bring an action for constructive dismissal, but that such a worker would need to be able to convince a judge either that Covid is not serious enough to warrant the imposition of this burden on our civil liberties or that non-medical masks are not effective in reducing its spread.

“We haven’t had a whole lot of court cases yet in Canada, but the ones we’ve had indicate that courts are generally taking a very cautious approach…essentially going along with the mainstream narrative on Covid being very serious and all these measures being good and required,” said Kitchen.

Kitchen also said that there is a significant amount of social pressure driving greater mask usage. For example, a recent Angus Reid survey has characterized the approximately 47% of Canadians who think that government restrictions are about right or don’t go far enough as “infection fighters” in contrast with the “cynical spreaders”, largely located in the prairie provinces, who consider the current restrictions too severe. Kitchen considers this an unfair characterization of those who resist restrictions.

“There’s a number of reasons somebody might resist. I think generally they fall into two camps and sometimes both…Some of them are hardcore libertarians…who prize their civil liberties above most else in their life…Then there’re the types who just kind of look at it and say, ‘Covid is the equivalent of the seasonal flu. It’s actually not that serious,’” he said.

Ultimately, those wanting to opt out of wearing masks are between a rock and a hard place.

“Definitely the court of public opinion is against you, and that’s powerful. But the places you can go for legal redress…don’t seem to be very receptive to the kind of arguments that people who don’t want to wear a mask would make,” Kitchen said.