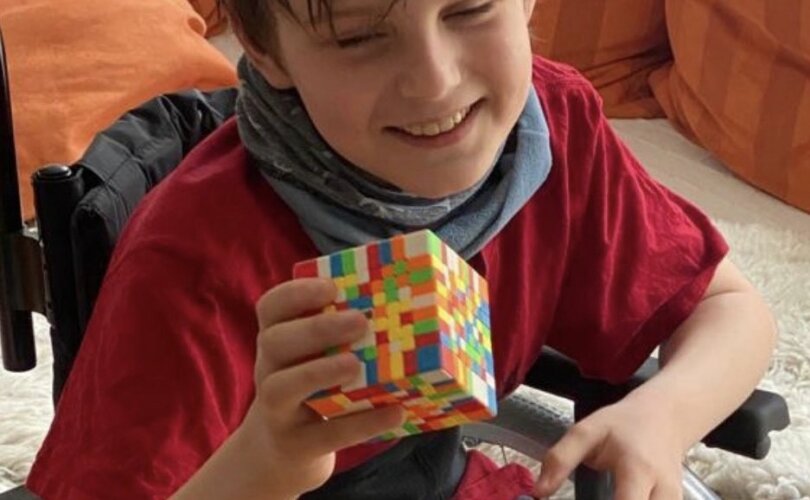 (LifeSiteNews) — An 11-year-old boy who almost died after receiving a COVID-19 vaccine is being taken as a patient by a doctor with the Front Line COVID-19 Critical Care Alliance (FLCCC).

In a recent Twitter thread, a Texas-based journalist whose work exposes the dangers of the COVID vaccines shared the tragic story of how the boy suffered life-threatening injury after taking the shot and continues to fight for essential care.

“According to his parents, Nicholas was once a bright, energetic, happy boy that did well in school,” an account titled TexasLindsay posted on January 18. “Many things brought him joy like playing the piano — even composing — to playing chess. However, that all changed last year.”

3. In November 2021, Nicholas came down with a stomach bug that he couldn’t seem to shake. His doctor told his parents it would subside—but as time went by he still complained about having stomach aches.

In November 2021, Nicholas began having persistent stomach aches. The following January, the boy’s pediatrician advised he “get vaccinated for Covid so he wouldn’t catch Covid while he had a stomach bug.” His parents “respected the advice” and their son received the first shot in January 2022.

5. So his parents respected the advice of their son’s pediatrician and Nicholas received his 1st dose of the Covid vaccine at that visit in January 2022.

“However, moments after receiving his 1st dose of the Covid vaccine, Nicholas collapsed at the doctors office. Yet, the doctor still assured them he would be fine. But his parents said he laid in bed and hardly moved for days but later seemed to recover.”

Although his doctor had witnessed the boy’s collapse after the first dose, he insisted that Nicholas “must get the 2nd shot,” despite his parents’ uncertainty about continuing the vaccination process.

“It is important to note, Nicholas’ parents are musicians — not medical experts — so they felt they had no choice but to trust this doctor’s advice for the benefit of their son,” TexasLindsay pointed out. “And the doctor told them catching COVID was far worse than any possible side effects of the vaccine.”

7. So when it came time for Nicholas to get his 2nd shot, his parents were hesitant. But the doctor told them that if you had the 1st shot, you must get the 2nd shot (despite the doctor and nurses witnessing him collapse after his 1st dose.)

Upon receiving the second dose in March 2022, Nicholas collapsed again and had to be carried home. When the boy “didn’t seem to be recovering,” his parents asked the hospital how to address the issue. They were told that “everyone reacts differently to the vaccine and they should just let him rest and to only bring him in if he starts having trouble breathing.”

“Nicholas didn’t have trouble breathing — but Nicholas never fully recovered from the 2nd dose. Instead, his issues only worsened.”

A month later, the boy was “wheelchair bound” after “his legs seemed to no longer work.” Medical professionals told his parents that “nothing organic could explain his symptoms.” Nicholas was diagnosed with functional neurological disorder (FND) and advised to move into a psychiatric clinic.

14. The doctors told his parents that nothing organic could explain his symptoms, so they diagnosed him with Functional Neurological Disorder (FND) and said it was all psychological and recommended he be put in a psychiatric clinic.

Nicholas was taken out of the clinic after five weeks, when he had been “mistreated and borderline abused” to the point where he “lost the ability to speak.” In December, nearly a year after the boy received the first shot, his parents “discovered a group of people who’ve been intentionally obscured by society due to their inconvenient existence.” This group — those injured by vaccines — is composed of many parents and children who faced a situation similar to Nicholas and his parents.

TexasLindsay noted that “Nicholas’ father is a violinist” and that “he and his wife had no idea [the] vaccine could do damage” such as their son was enduring.

“Nicholas’ father resigned from his violinist job so he could devote to caring for his son full time; feeding him, dressing him, bathing him, assisting him in all the ways he now needs.”

19. Despite it all, Nicholas still seems to loves to practice his rubics cubes, and loves to play chess and watch movies. That is until recently when his health took a turn for the worse. pic.twitter.com/u87yCdQhkm

“Despite it all, Nicholas still seems to loves [sic] to practice his rubics cubes and loves to play chess and watch movies. That is until recently when his health took a turn for the worse.”

A nurse told TexasLindsay that his “vitals look very dismal” and that doctors are “delaying giving him a feeding tube claiming he needs a psych evaluation.”

Dr. Pierre Kory, FLCCC president and chief medical officer, recently agreed to treat Nicholas. The Twitter thread detailing the boy’s story included a link to a page where people can donate to support the family’s travel and medical expenses.

24. UPDATE: Dr. Pierre Kory (@PierreKory) from the FLCCC )@Covid19Critical) spoke with the family today and has agreed to help treat Nicholas. His family will still need help raising funds in order to help cover travel and medical costs.

The FLCCC was founded in March 2020 to prevent and treat COVID through controversial yet effective methods such as the use of ivermectin. Additionally, the organization has put out a “post-vaccine treatment protocol” for physicians to assist those injured after taking the shots.

The FLCCC has stated that it does not support children receiving mRNA vaccines, citing the low rate of serious illness from contracting the virus and a higher rate of adverse effects after receiving the shots.

On January 4, the FLCCC published a video in which Kory said, “These vaccines have the capacity to end someone’s life.”

Since the rollout of the vaccines in December 2020, reports of serious adverse effects among children post-vaccination have been released consistently. In June 2022, the Vaccine Adverse Event Reporting System (VAERS) announced that nearly 60 children younger than age three experienced life-threatening reactions after receiving the mRNA shots.

Similarly, a December poll showed that 34% of American adults who received the vaccine experienced minor side effects and 7% suffered major adverse events after vaccination.

‘I wake up every day in agony’: Man suffering nerve damage after receiving COVID shot shares his story