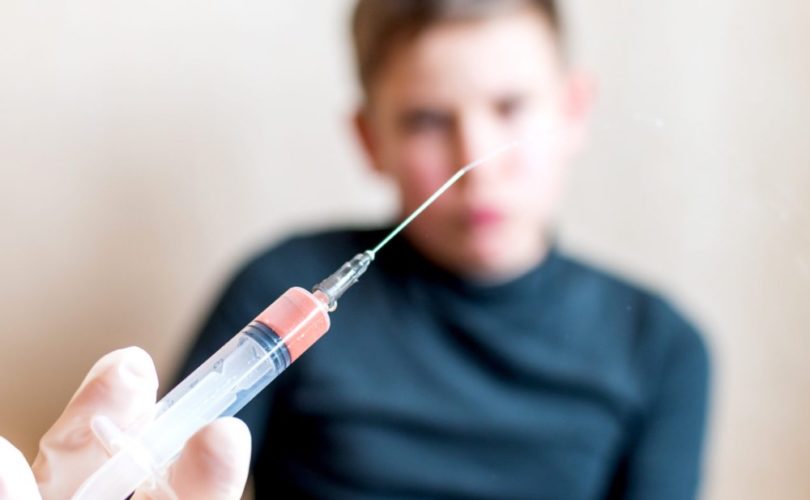 VANCOUVER, BC (LifeSiteNews) – A Canadian professor of medicine has raised concerns over his government’s drive to use COVID-19 jabs on the young, citing reports they cause heart inflammation.

According to an August 19 article in the Western Standard, Dr. Steven Pelech asked, “Why would you want to submit people who are unlikely to be negatively affected by the virus itself with vaccines that have now been proven, in scientific literature, to be associated with health risks?”

“Contrary to what a number of people have said, there is no such thing as ‘mild myocarditis’.”

Pelech works in the Division of Neurology in the Department of Medicine at the University of British Columbia (UBC) in Vancouver. He is a tenured professor at UBC and has been on faculty at the university since 1988. Pelech also serves as chair for Scientific and Medical Advisory Committee at the Canadian Covid Care Alliance. He is the president and chief scientific officer at Kinexus Bioinformatics Corporation.

Health authorities in British Columbia have rolled out so-called ‘Vax Vans,’ which have been travelling around the province since July giving COVID-19 injections to kids over the age of 12 without parental consent.

The province claims they are allowed to do this under what it calls “mature minor consent.”

Pelech said that it is a clear “violation of human rights if these vaccinations become mandatory.”

“The law is quite explicit about this, and I’m surprised that the BC human rights commissioner has not been more vocal,” the professor said.

Pelech also remarked that what is happening now in Canada, where both the federal and many provincial governments are implementing COVID-19 jab mandates, is a “defining moment in society” and is “testing” consciences.

“Do you go with the flow even though you know it’s not right? When you do that, when you acquiesce to injustice, you are participating in that process. You are letting it happen,” Pelech stated.

Myocarditis, which is inflammation in the heart, is a potential side effect of COVID-19 jabs, particularly in young boys. Pelech noted that when the heart cells die from myocarditis “they are not replaced in your body and are instead replaced by scar-tissue, which is from fibroblasts.”

The medical expert said that “chances of dying from COVID is about .003% for people under the age of 24 in Canada.”

“You have to look at what the actual risk of COVID-19 is,”  Pelech continued, saying that for those under 19, the chances of injury from the “vaccine is about four to five times higher than getting infected with SARS-CoV-2 itself.”

Pelech also said the fear regarding the Delta variant is “misinformation.”

“It is clear that this virus is much less dangerous than the Alpha variant, which was the predominant variant in the BC population up until a few weeks ago. Now about 95% of the cases in BC are Delta,” he stated in the same Western Standard report.

Pelech is not the only British Columbia doctor who has raised questions regarding COVID-19 jabs.

Dr. Charles Hoffe, a family practitioner from British Columbia, recently stated that he has seen blood clotting in the majority of his patients who have had COVID-19 jabs. He also expressed a “grim” outlook that the worst is “yet to come” because of potential “permanent” damage caused by the injections.

Contradicting the COVID-19 mainstream narrative has led to Hoffe being punished. In April, he was suspended from his hospital duties by his local health authority because he raised concerns about the side effects he observed in some patients who had received the Moderna COVID-19 jab.

Health Canada has authorized four COVID-19 injections for adults, all with connections to cells derived from aborted babies. All four have also been associated with severe side effects such as blood clots, rashes, miscarriages, and even heart attacks in young healthy men. For kids aged 12 and up, the only approved jab in Canada is the Pfizer-BioNTech vaccine.

Canada’s COVID-19 data shows there have been a total of 12,006 people who have reported adverse reactions after getting jabbed.

In June the Canadian government launched the nation’s first-ever program designed to financially compensate those who have suffered adverse side effects from any type of vaccine, the Vaccine Injury Support Program (VISP).

This new program appeared after a 2020 announcement that vaccine makers would be shielded from liability regarding COVID-19 jab-related injuries.