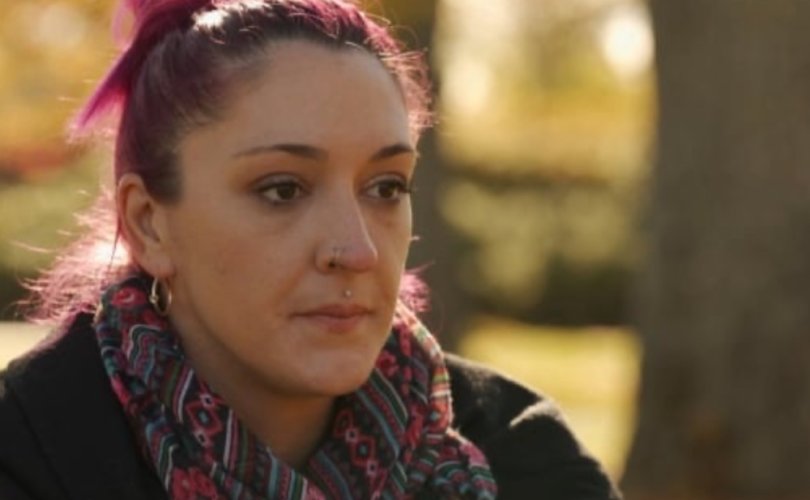 MONCTON, Canada (LifeSiteNews) — A woman in Canada is being denied treatment for her opioid addiction because she has refused to undergo “invasive” birth control methods.

According to an investigative report by CBC News, Rebecca Billiard, 32, was told she may not continue her treatments with Sublocade, a drug that helps manage severe withdrawal symptoms, unless she first agrees to one of a limited selection of birth control options, including a hormonal implant or intrauterine device (IUD), or permanent sterilization.

Given in a monthly injection, Sublocade – a trademarked name for buprenorphine –   provides more convenient and long-lasting relief from symptoms than many typical pharmaceutical options given during more frequent pharmacy visits.

Billiard said in an interview with the outlet that the lack of “routine or ritual to take a daily medication” helps recipients to “almost forget about the compulsion of the addiction.”

“It gives you more time to think about things you can do to improve your outlook and your happiness and your routine to get back into the swing of things,” she added.

However, Billiard’s physician has told her she may not continue taking the crucial treatment unless she submits to an “invasive” form of contraception.

This Moncton woman is on the patch form of birth control, doesn’t want children and doesn’t date men. But to continue her opioid addiction treatment, she’s been told she has to adopt a more ‘invasive’ method of birth control: https://t.co/dgtbbQ9NkN

Approved by Health Canada in 2018, Sublocade, like many pharmaceutical drugs, is considered to pose a risk to an unborn baby if the drug is taken during pregnancy.

According to the product monograph, “Sublocade use should be avoided in women of childbearing potential who are not using an effective and reliable method of contraception or are judged not able to comply with contraceptive methods.”

Billiard, however, is not pregnant or in a sexual relationship with a man, and Sublocade’s manufacturer told CBC news the company “does not recommend or stipulate a specific method or recommendation for contraception.”

Nevertheless Billiard’s physician Dr. Frank Lord told her she would need to be on “effective and reliable contraception” to get her second dose of Sublocade, adding that the options were “quite limited.”

In a recording obtained by CBC news, Billiard’s physician Dr. Frank Lord suggested Billiard could only continue treatment if she agreed to undergo a hysterectomy, tubal ligation, or one of only two options for “reversible contraception… hormonal implant or an IUD, intrauterine device.”

“As far as I know, you do not fit those criteria right now,” Lord said. “So with the current guidelines and very new information, Sublocade is not an option for you anymore. So the way to proceed at this time will be to ensure you can meet those criteria for contraception or we’ll have to switch you over to Suboxone again, or maybe another suggestion.”

Making a medical treatment contingent upon invasive contraceptives or total sterilization has caused outrage among many who argue that invasive birth control should not be a prerequisite to receive potentially life-saving treatments.

“This woman’s doctor basically told her to get a tubal ligation or be cut off her buprenorphine injection,” commented Reuters reporter Anna Mehler Paperny.

This woman’s doctor basically told her to get a tubal ligation or be cut off her buprenorphine injection. https://t.co/shQ6S7uxge by @kdonk

The issue has also raised questions about freedom and bodily autonomy within a democratic society, in which all women theoretically have the freedom to decide not to take birth control or undergo sterilization. In Communist China, forcing artificial birth control and abortions upon certain women is typical.

According to the Associated Press, “The state regularly subjects minority women to pregnancy checks, and forces intrauterine devices, sterilization and even abortion on hundreds of thousands.”

“God bequeaths children on you,” said Gulnar Omirzakh, a Chinese-born Kazakh woman who was fined thousands of dollars for having more than two children. “To prevent people from having children is wrong.”

In her interview with CBC, Billiard said she feels she must submit to some form of invasive birth control device or treatment to continue her opioid treatment, arguing that “it’s my life that is on the line.”

According to the outlet, “[a]s time runs out before her next injection is due,” Billiard is hoping to “see doctors be more understanding that each person they treat is different.”