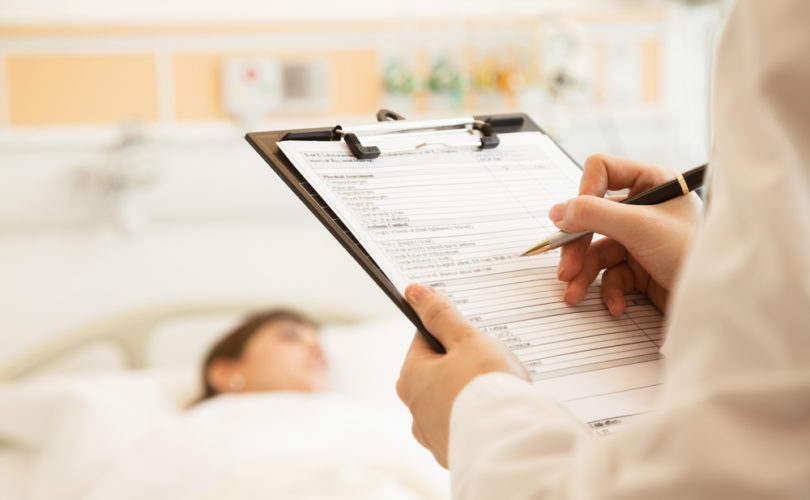 NELSON, British Columbia, (LifeSiteNews) – A Canadian doctor has diagnosed “climate change” as a reason for his patient’s worsening health.

The doctor made the bizarre diagnosis even though the patient, who had pre-existing health issues, lived in a trailer with no air conditioning during a summer heatwave made worse by forest fires.

According to a Times Colonist report, Dr. Kyle Merritt, who works as the head of the Kootenay Lake Hospital’s emergency room in Nelson, British Columbia, (B.C.), said a woman in her 70’s who has diabetes and “some heart failure” was “really struggling to stay hydrated” during a heatwave which affected some parts of British Columbia in June. There was also poor air quality in the area caused by forest fires.

Nevertheless, Merritt wrote on his patient’s chart that her health got worse because of “climate change.”

Merritt told Glacier Media, “If we’re not looking at the underlying cause, and we’re just treating the symptoms,” then “we’re just going to keep falling further and further behind.”

“It’s me trying to just … process what I’m seeing,” the doctor continued.

“We’re in the emergency department, we look after everybody, from the most privileged to the most vulnerable, from cradle to grave, we see everybody. And it’s hard to see people, especially the most vulnerable people in our society, being affected. It’s frustrating.”

Merritt said that his hospital was very busy in June with patients suffering from breathing issues due to thick smoke caused by intense summer forest fires.

The summer 2021 heatwave in B.C. was a cause of the deaths of hundreds of people, many of whom were elderly living in residences with no air conditioning.

Indeed, thousands in B.C. took to the shelter of hotels with air-conditioned rooms to escape the heatwave. Also, the government itself put many people in shelters with cooling rooms.

Merritt blames the oil and gas industry for alleged changing weather patterns. He was one among 40 nurses and doctors who rallied outside Nelson’s city hall in early November to call on the provincial government to declare an “ecological emergency” and end all subsidies to the fossil fuel industry, according to the Times Colonist.

Wildfires in Canada are not uncommon. Every year, according to Natural Resources Canada, there are on average around 8,000 of them.

Looking at Natural Resources Canada data from the Canadian National Fire Database, for the past 33 years, there has been a steady decline in wildfires since a peak of over 12,000 in 1989.

Climate alarmism is an “anti-life” movement

LifeSiteNews’s co-founder and managing director Steve Jalsevac has written extensively on the climate change movement, writing that there is much evidence that it is “the latest and largest-ever-in-history scheme by globalist elites to impose a secularist, anti-life and anti-family New World Order with world governance and removal of all national borders.”

“It would ultimately destroy most of the traditional rights and freedoms and sovereignty of individual nations that have been won at great cost in the past,” wrote Jalsevac.

Indeed, a June 2017 peer-reviewed study by two scientists and a veteran statistician confirmed that most of the recent global warming data have been “fabricated by climate scientists to make it look more frightening.”

The news that a doctor has tried to blame “climate change” as a cause for his patients suffering comes at the same time Canada’s Prime Minister is openly calling to destroy Canada’s oil and gas sector.

Trudeau promised to mandate that Canada would become carbon neutral by 2050, saying to world leaders, “We’ll cap oil and gas sector emissions today and ensure they decrease tomorrow at a pace and scale needed to reach net zero by 2050.”

The Canadian prime minister then said that this is no small “task for a major oil and gas producing country” but that it’s “a big step that’s absolutely necessary.”

Harper told the Globe and Mail, that the “way some things are being handled today,” where parts of the country are “singled out in ways that others aren’t — I think is really inexcusable.”

Harper then said that he does not see this “happening in other parts of the world.”

Trudeau has refused to disclose just how much his and 277 other Canadian delegates’ trip to COP26 cost taxpayers, many of whom are now banned from even traveling within Canada due to COVID rules allowing only the jabbed to travel.

To make matters worse, climate alarmism has even reached the Vatican.

Pope Francis has pushed the idea that mankind is largely responsible for changing weather patterns despite many scientists pointing out that the earth naturally goes through warming and cooling cycles.

Not mentioning the moral crisis of abortion or euthanasia affecting the world today, the Pontiff recently prayed of  world leaders at the COP26 climate conference that they might hear the “cry of the earth” and “of the poor.”

The media has shone a spotlight on the British Columbian doctor’s “climate change” diagnosis while keeping the fact many healthcare workers in his province have been fired from their jobs because they refused the COVID jabs in the shadows. However, these firings are likely to affect the capacity of the province’s healthcare system during next summer’s fire season.

As for the province of B.C., its provincial government has had to acknowledge that it created a medical staffing shortage after placing more than 4,000 healthcare professionals on leave because they chose not to get the COVID jabs.

Healthcare workers in B.C have until November 15 to get at a first dose of the jab, or they will be permanently fired, yet this has not gone reported much at all by the mainstream media.

All the COVID-19 injections approved for emergency use in Canada, including the Pfizer jab for ages 12 and up, have connections to cell lines derived from aborted babies. All four have also been associated with severe side effects such as blood clots, rashes, miscarriages, and even heart attacks in young, healthy men.