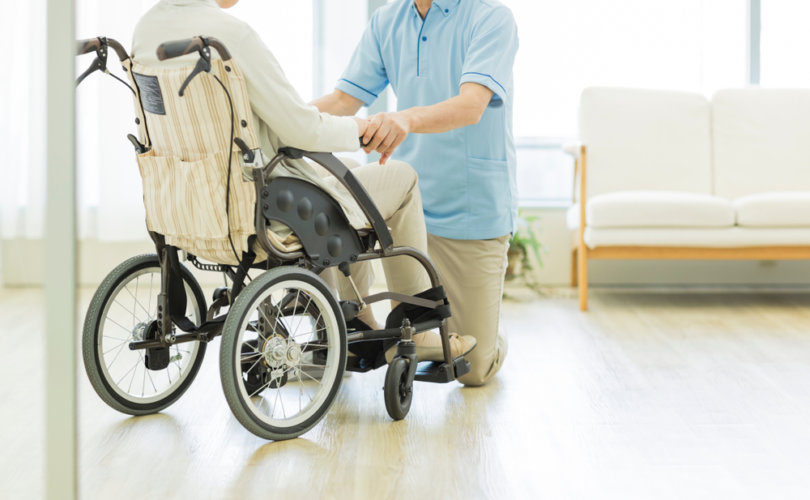 December 9, 2020 (LifeSiteNews) – A doctor told CNN that nobody should be “surprised” to see reports of “multiple people dying” at long-term care facilities a day or two after having received the COVID vaccination.

Dr. Kelly Moore, associate director of the Immunization Action Coalition, told CNN last week that the COVID-19 vaccines have not been tested on the “frail elderly.”

“Since they haven't been studied in people in those populations, we don't know how well the vaccine will work for them. We know that most vaccines don't work nearly as well in a frail elderly person as they would in someone who is fit and vigorous, even if they happen to be the same age,” said Moore.

Moore said that Americans need to be prepared for reports about the elderly dying “a day or two” after receiving the vaccine jab, adding that such deaths are a “normal occurrence” that may have nothing to do with the vaccine since such people “die frequently.”

“We would not at all be surprised to see, coincidentally, vaccination happening and then having someone pass away a short time after they receive a vaccine, not because it has anything to do with the vaccination but just because that's the place where people at the end of their lives reside,” Moore said.

“One of the things we want to make sure people understand is that they should not be unnecessarily alarmed if there are reports, once we start vaccinating, of someone or multiple people dying within a day or two of their vaccination who are residents of a long-term care facility. That would be something we would expect, as a normal occurrence, because people die frequently in nursing homes,” Moore added.

Last week, a panel of doctors advising the U.S. Centers for Disease Prevention and Control (CDC) voted to recommend that elderly staff of long-term care facilities be among the first in line to receive the COVID-19 vaccine. Out of the panel of 14 advisers, however, one doctor voted against the recommendation.

Vanderbilt University researcher Helen Keipp Talbot, who studies vaccines in older adults, told the committee ahead of the Dec. 1 vote that data is lacking to support the use of a COVID vaccine for the elderly in long-term care residents.

“I have spent my career studying vaccines in older adults. We have traditionally tried a vaccine in a young, healthy population and then hoped it worked in our frail, older adults. And so we enter this realm of ‘We hope it works and we hope it’s safe.’ And that concerns me on many levels,” Moore said.

Paul Joseph Watson commented at Summit News that there appears to be a double standard when it comes to attributing causes of death to the elderly during COVID times.

“While deaths in care homes of people who take the vaccine are described as normal and nothing to do with the vaccine, some would suggest that you could make the exact same argument about deaths of those with multiple comorbidities in care homes that were put down to COVID. Many have and have been shouted down for doing so,” he said.

Last week, the German federal government began preparing citizens for deaths that will happen after people are injected with a COVID-19 vaccine, but not necessarily caused by it.

Lothar H. Wieler, president of the Robert Koch Institute in Berlin, the national public health institute in Germany, said Dec. 3 that with an average of 2,500 people dying each day in Germany, it is probable that some will die after having taken the vaccine.

“That means there is the possibility — and it is statistically very probable — that people, in connection with the vaccination, will die. Then it will be extremely important to determine whether the cause of death was the vaccine or another pre-existing disease,” he said.

“This is precisely why we need vaccination centers with centralized data collection for tracking side effects,” he added.

Children’s Health Defense is urging the U.S. Food and Drug Administration to “take a cautious approach in approving COVID-19 vaccines that have been developed at ‘warp speed,’” noting that the potential long-term pathologic effects of taking such vaccines remain unknown.

“Unfortunately, conditions such as allergies, autoimmune diseases, neurodevelopmental problems, and cancers are unlikely to be detectable within the short clinical trial follow-up windows,” Robert Kennedy Jr., chairman of Children’s Health Defense, stated in a Dec. 4 open letter to Peter Marks, director of the Center for Biologics Evaluation and Research.