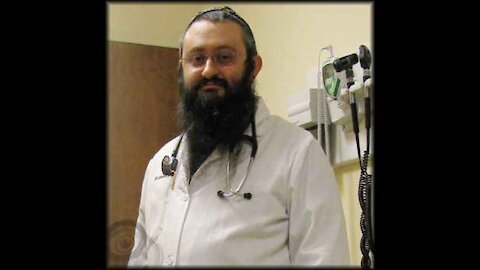 (LifeSiteNews) – Dr. Vladamir Ze’ev Zelenko, who is credited with pioneering the early treatment protocol for COVID-19 involving hydroxychloroquine (HCQ) and zinc sulfate, recently became very candid with regards to the entire COVID-19 enterprise, the perilous situation the people of the world are facing, and his call for the “God-conscious” to resist rapidly advancing government and media tyranny.

Candor is not a quality that Zelenko has lacked over the last 21 months since he wrote an open letter to President Donald Trump announcing his treatment protocol for the novel disease. An Orthodox Jew, Zelenko has spoken freely not only about his successful early treatments for COVID-19 but his theological understanding of the conflict between good and evil throughout human history, and even his own spiritual struggles, including God’s hand in his life.

In a March interview with Dr. Peter Breggin, Zelenko explained to his more secular host that history itself is marked by a struggle “between people trying to live a God conscious or centered life,” and others who “have always attempted to be god-like” and wanting “to have global control over the rest of humanity.”

In contrast, those who strive to control the rest of humanity and be “god-like” can really only do that by “enslaving them psychologically. What we are living through is probably the biggest psycop (psychological operation) in the history of humanity,” he said.

This “psycop” has been, according to Zelenko, “extremely well-orchestrated, brilliantly executed, [and] exceptionally evil.”

In summarizing the impact Zelenko’s March 2020 discovery had made around the world, Breggin said in his introduction, “Without Vladamir Zelenko, it is entirely possible that tens or hundreds of thousands of more people would be dead today” from the COVID-19 disease.

Describing how all of this happened to him, Zelenko, a former atheist who says he used to “enjoy talking people out of believing in God,” said that after a conversion earlier in life his relationship with God played a central role in the discovery.

“I really don’t think I did anything,” he explained. “I was praying to God in March of last year, asking for some help because I had thousands of sick patients dying and I had nothing to offer them. And these people I have taken care of for 20 years. And so, what do you do? I was praying for some guidance and then the next thing I know a letter is sent to me in my email … [explaining] how zinc ionophores and zinc work in inhibiting RNA viruses theoretically. And that was a big illumination for me, and it really affected the world because I pushed that stuff globally” and it may have saved the lives of “a million people.”

With vaccine deployment, the U.S. government is guilty of ‘crimes against humanity’

Personal health issues have also plagued the family doctor who, due to his COVID-19 protocol, was likewise nominated for the Noble Peace Prize.

In August, he announced that after an earlier remission of a particularly severe form of cancer, he had suffered a recurrence and was possibly facing open-heart surgery and radiation treatments, with a real possibility of death before him.

According to Steve Jalsevac, co-founder and managing director of LifeSiteNews, as a result of Dr. Zelenko having this serious form of cancer, he has not held back at all in saying what he feels needs to be said about the COVID crisis and the vaccines.

This is clearly evident in a recent interview (with Alex Jones no less), where he began by addressing the November 19 release of documents used by the FDA to fully authorize Pfizer’s COVID shots, including their knowledge of 150,000 serious adverse events and more than 1,200 deaths connected to the jabs in the first three months after its Emergency Use Authorization.

“So, whenever there’s a 100 percent correlation between what the government tells its own scientists and what the American public actually experiences, there’s a term for that that’s called premeditated mass murder, first-degree murder, crimes against humanity. The American people have been raped by our own government.”

Zelenko went on to describe the “decimation of innocent people” due to the shots, including the VAERS death numbers that currently show more than 19,500 deaths on a passive government reporting system where “fewer than 1% of vaccine adverse events are reported.” In addition, a CDC whistleblower signed an affidavit in July that says the real death numbers are at least five times higher than the VAERS numbers.

“So, what we’re looking at is millions and millions of adverse events and hundreds of thousands of deaths,” the Noble Prize nominee said. “And that’s nothing compared to the long-term effects that people are going to experience. We’re seeing huge spikes in cancer and autoimmune diseases. How do you think that’s going to affect future reproduction and population numbers?”

‘This is Hitler and Stalin on steroids,’ ‘World War III’

Addressing the topic of those who wish to be “god-like,” controlling all of humanity, Dr. Zelenko singled out Bill Gates as already setting up the next crisis in predicting a new smallpox epidemic four days prior to this contagion being discovered in a Philadelphia lab’s unsecured refrigerator.

“He’s not a prophet. He’s a criminal,” Zelenko said of Gates. With smallpox having a “30 percent mortality,” the New York physician quipped “somehow Bill Gates predicts this to happen.”

Yet, he says Gates is “only the tip of the spear,” and most of the “150 richest people in the world” are the “stakeholders.”

“This is not a joke. This is really happening. This is World War III. This is Hitler and Stalin on steroids with the weapons of mass destruction. And the only reason why it’s happening is because people don’t realize it’s happening,” he said.

Zelenko referred to a 2014 document issued by the World Health Organization (WHO) attempting to legitimize the idea that parents “imply consent” for the child to receive vaccinations in school by sending them on the days when “vaccines” will be administered. Along these lines, certain school districts have violated parental rights in allowing minors to receive these dangerous shots without the consent of a parent, even directing insurance companies, school administrators, and medical personnel to conceal from parents that their child has been injected.

“So not only are the souls of our children being assaulted in the public school system through the debauchery and ungodly teachings, but now their bodies will be assaulted as well,” Zelenko said. “So it is time to pull our children out of public schools.”

“Historically, in healthy societies, parents will sacrifice so that their children will have a better life both materially and spiritually. In pagan societies, adults sacrifice children for themselves. And so when you have an intervention with a poisoned shot that kills 100 more children than the natural virus that you’re supposedly immunizing them against, what that’s called is child sacrifice,” he said.

“There’s no moral justification [for injecting children with the COVID-19 vaccines]. What we’re witnessing has nothing to do with health. This has to do with a totalitarian enslavement.”

Communities must ‘organize a resistance against governmental tyranny’

“Educate our children with Judeo-Christian values in a safe environment. And we need to coalesce like-minded people and form our own societies,” Zelenko said. “We need to work in unity and in civil disobedience, hopefully in a nonviolent way. But at this point, if someone comes to my house to put a needle into my children, there will be different [types of] shots [discharged].”

In response to a question regarding the head of the European Union, Ursula Van Der Leyen, speaking in favor of mandatory gene-transfer COVID-19 injections, in direct violation of the Nuremberg Code, the physician said that in the United States “we have 200 million guns in the hands of law-abiding citizens. That’s why storm troopers are not yet in our houses like they are in Austria or in Europe, and it is very important that we organize a resistance against governmental tyranny.”

Yet the Noble Prize nominee’s most consistent message to all remains, “don’t live in fear, don’t live in isolation, don’t take the poison death shot … take preventive therapy for COVID, take early treatment, if necessary, but more importantly, live with God consciousness. Improve yourself as an individual, and when enough individuals improve themselves, society as a whole improves, and we move away from paganism, idolatry, and child sacrifice towards a world of truth, love, and the revelation of God.”

EXCLUSIVE: Doctor who pioneered hydroxychloroquine/zinc treatment for COVID-19 speaks to LifeSite
Doctor who created COVID HCQ protocol calls child vaccine mandates ‘crimes against humanity’
EXCLUSIVE – Former Pfizer VP: ‘Your government is lying to you in a way that could lead to your death.’
COVID shots intended to reduce world’s population by poisoning ‘billions’: South African doctor
Renowned virologist warns of ‘collapse of our health system’ due to complications from COVID vaccines