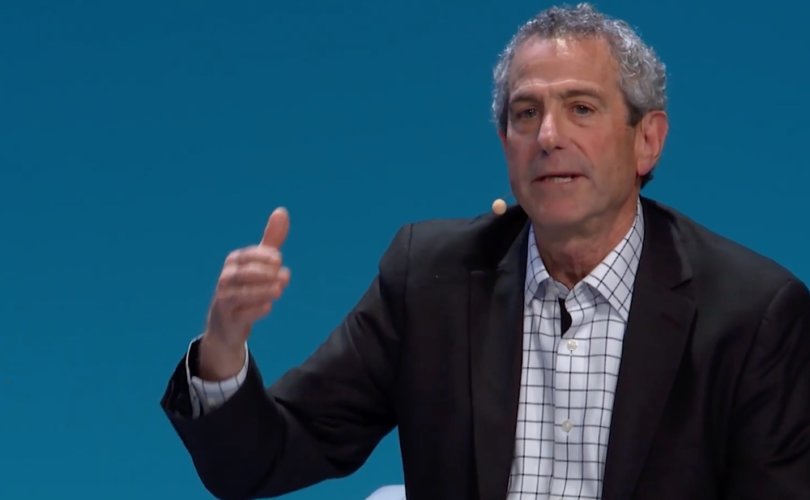 LOS ANGELES, February 6, 2020 (LifeSiteNews) – A pro-Planned Parenthood doctor who promotes “terminal sedation” of sick patients will give a keynote address on Feb. 7 at a Catholic conference on end-of-life issues run by the Archdiocese of Los Angeles, where Jose Gomez is archbishop.

Gomez is also the president of the United States Conference of Catholic Bishops (USCCB).

Ira Byock MD is scheduled to speak on Friday at the “Caring for the Whole Person” conference at the Cathedral of Our Lady of the Angels. In a 2000 paper on “intractable terminal suffering,” Byock defended the use of “terminal sedation and voluntary refusal of food and fluids” as a way of dealing with “severe and unacceptable” suffering.

Euthanasia opponents warn that “terminal sedation” is essentially euthanasia by another name.

Catholic thinker Roberto de Mattei has called “deep sedation” a “masked form” of euthanasia, where a doctor deliberately kills a patient. Such sedation, he said, “causes the death of the patient, either directly, through sedative drugs or through the interruption of life-saving measures.” This kind of sedation, said de Mattei, “is not a temporary therapy to alleviate pain, but a permanent condition, of no return, which is similar to that of an irreversible coma.”

“Those who choose deep sedation perform an act with which they choose to snuff out irrevocably the light of reason and will, to immerse themselves in a deep and definitive sleep, which is difficult to distinguish from death,” he continued. “However, if it is not licit to take one’s life, will it be licit to deliberately renounce the exercise of the soul’s faculties, which are an immense good received from God?” he added.

Dr. Byock is the founder and board member of the Institute for Human Caring, which is a part of the Providence healthcare organization, which manages a number of Catholic hospitals in California. He has been involved in controversial organizations that advocate suicide and denial of food and water for patients with terminal illness. He claims to be an opponent of what he calls physician-assisted suicide. He calls himself a “registered Democrat and progressive” who supports “women's rights, Planned Parenthood, gay marriage.”

The Caring for the Whole Person conference is billed by the archdiocese as an initiative by bishops and the Catholic healthcare systems in California to provide support and referrals to families facing the suffering, sickness or terminal illness of loved ones. Clergy, “ministers to the sick,” and others are invited to attend. Archbishop Gomez and Dr. Byock are among the three keynote speakers at the event.

Emails from LifeSiteNews to the Archdiocese of Los Angeles went unanswered.

Ron Panzer, president of Hospice Patients Alliance (HPA), told LifeSiteNews that he was shocked to see that Byock has been invited to speak at the conference.

“As you know, Byock promotes terminal sedation to death in hospice, voluntary stopping of eating and drinking to commit suicide in hospice, and is a self-described secular humanist who supports enthusiastically Planned Parenthood, abortion, gay marriage and calls himself ‘Pro-life’ because he opposes legalized assisted suicide,” he said.

Panzer said that Dr. Byock is one of the most influential hospice and palliative care physicians in the country, having been involved in the hospice industry for over 40 years. According to Panzer, Byock merged Choice in Dying (the successor to the Euthanasia Society of America) into Partnership for Caring. All of these have been succeeded by the National Hospice & Palliative Care Organization.

Panzer told LifeSiteNews that Byock “is the guy who took the wonderful, life-affirming pro-life mission of hospice and brought the euthanasia people directly into the hospice movement. And he has personally tainted the industry. In 1997, he wrote the book Dying Well, which is euthanasia.”

In the book, Panzer said, Byock talked about terminally sedating patients. Byock describes in his book a conversation, in which he told the patient, ‘if things get too bad, I can sedate you and you just die.’” Panzer said that Byock talked about sedating people with morphine and ativan as they die of dehydration and respiratory failure.

“This is stealth euthanasia,” Panzer said, “it is undeclared, it’s evil. It’s the antithesis of the Christian, pro-life hospice mission that [Dame] Dr. Cicely Saunders created in the 1960s.” Saunders strongly opposed euthanasia on the basis of her Christian faith, instead arguing for effective pain control. Panzer said that the hospice movement has broken in two parts, represented respectively by “secular humanist” Byock and Saunders, a Christian.

Panzer warned against having Byock serve as a “chief educator of the Catholic Church in this state-wide initiative to educate all the priests in California about palliative care and hospice.”

Panzer said that palliative care can only be authentic if it is “life-affirming hospice care” instead of the “tainted hospice care” that utilizes terminal sedation and dehydration of patients at the command of medical professionals. Terminal sedation is “imposed death, but it is never declared medical killing,” he said, adding, that it has “tainted the entire healthcare system like a poison.”

Panzer also warned against the Palliative Care and Hospice Training Education Act (HR 647), which was passed by the House of Representatives and is awaiting consideration by the Senate. Both Democrats and Republicans co-sponsored the bill. If passed, it would require the federal Department of Health and Human Services to support “Palliative Care and Hospice Education Centers” that would “improve the training of health professionals in palliative care and establish traineeships” for those preparing for degrees in social work, or advanced degrees in nursing or physician-assistant studies in palliative care.” Panzer fears that this would fund the “secular, anti-life, tainted hospice care movement.” Dr. Byock, he said, is one of the principal movers behind the bill.

Brian Johnston of the California ProLife Council told LifeSiteNews that his organization opposes “‘terminal sedation’ or the opiated dehydration of vulnerable patients.”

“This is the intentional, medical killing of a patient in one’s care,” he said.

“Dr. Byock promotes voluntary starvation and dehydration, and terminal sedation, as alternative ways to kill patients when they or others involved have ‘moral’ objections to assisted suicide. This is seriously contrary to the teachings of the Catholic Church,” Grimstad wrote.

Representatives from HALO and HPA will join others outside the Los Angeles cathedral on Friday to protest against the Caring for the Whole Person Conference.