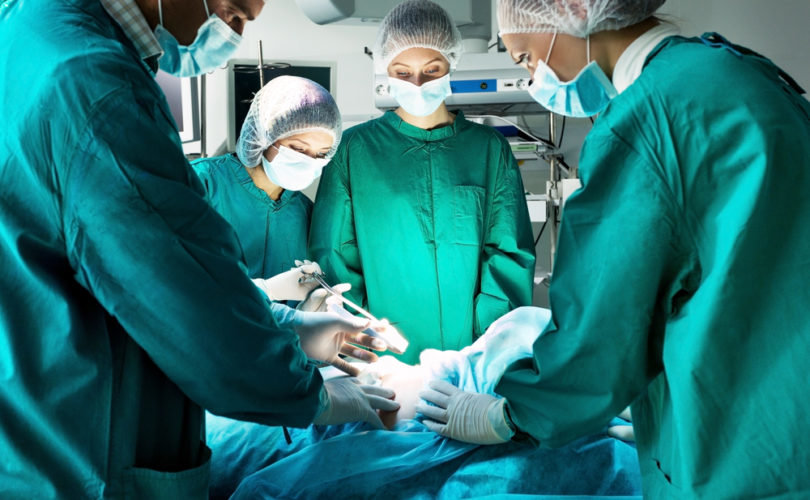 Four Costa Rican doctors and a Greek pizzeria owner are currently on trial in San Jose with charges of trafficking illegally-sourced organs between 2011 and 2013.

The gang’s customers were patients from Israel, Europe, and even the U.S., anyone who was eager to jump to the front of the line for new kidneys. Spurred on by clients willing to pay as much as $140,000 USD per organ, the organ trafficking ring actively sought out poor Costa Ricans as “donors.”

“Costa Rica may be transforming from a tiny player in the global organ trafficking trade into an epicenter for illegal organ trafficking, in large part due to corruption that has helped fuel a sophisticated transplant tourism industry, as well as the global imbalance between the limited supply of kidneys and the high demand for transplants,” human trafficking expert Luz Estella Ortiz-Nagle told La Nacion in an extensive interview.

Paying people for their organs is illegal in Costa Rica.

The fifth man accused is Dimosthenis Katsigiannis Karkasi, the owner of a pizzeria across the street from Rafael Angel Calderon Guardia hospital.

One of the gang’s victims, Solano allegedly received 6 million colones (about $10,400 USD) for one of her kidneys. She also became a recruiter for the gang, allegedly earning $1,000 USD for every “donor” she found.

Solano would send cash-strapped “donors” to Karkasi’s pizzeria, where Karkasi allegedly offered them up to 10,000 colones (around $17,400 USD) per kidney. He then took them to meet Doctor Maura Palma for a consultation and examination.

Next, the “donor” would be sent to one of the private hospitals in which Mora Palma worked. The doctor, assisted by the urologists and peripheral vascular specialist, would then remove his or her kidney and transplant it into a recipient.

Recipients allegedly paid at least $140,000 USD for the operation, believing the “donor” would get $40,000. Mora Palma then paid the “donor” in cash after he or she signed a notarized document stating they hadn’t received payment for their “donation”.

Mora Palma has been charged with 14 counts of human trafficking for the purposes of organ harvesting and 16 counts of embezzlement, since he used the resources of the Costa Rican Social Security Fund to commit his alleged crimes.

The trial, expected to run until the end of November, has been a long time in coming. Costa Rican authorities were tipped off to Mora Palma when in 2012 Ukrainian police found a Costa Rican telephone number in the possession of two Ukrainian organ traffickers. Costa Rican police discovered that Mora Palma had had several phone conversations with the men.

Mora Palma and the other doctors were arrested in 2013. The question remains who else besides these four, the pizzeria owner, the hapless “donors,” and the kidney recipients, knowingly participated in the San Jose organ trafficking?

In her interview with La Nacion, Ortiz-Nagle hinted at widespread involvement.

“Corrupt officials in various sectors is an essential aspect for these networks to operate successfully, given the breadth of their operations,” she said.

“There is a facilitator or recruiter who locates the victim or donor … an international coordinator or broker, a site for the transplant, a recipient … who receives the donation, and medical professionals: transplant doctors, anesthesiologists, nurses, medical technicians, laboratories and hospital administrators,” she added.