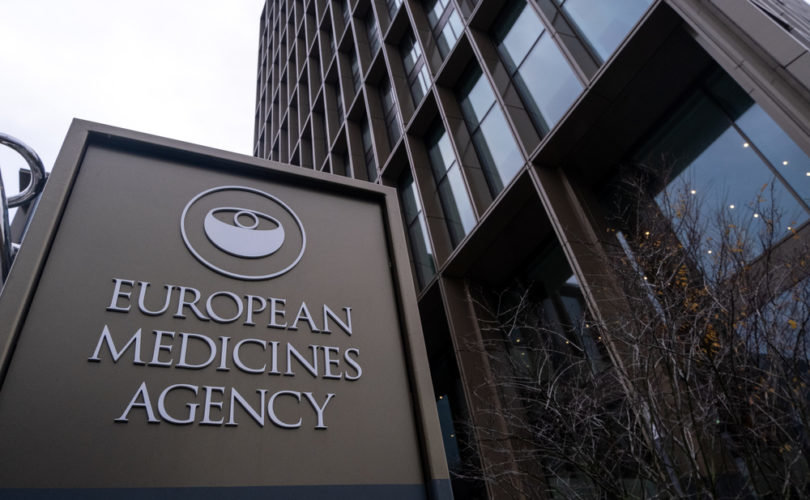 June 16, 2021 (LifeSiteNews) — In the face of contrasting and often misleading data around the nature and dangers of coronavirus vaccines since their launch in late 2020, a new group of medical experts and scientists has formed to expose the lack of evidence for the safety of the new jabs and to hold governing bodies to account for foisting them on the public.

Doctors for COVID Ethics first formed at the end of February 2021, when a group of 13 highly distinguished and credentialed medical doctors and scientists from around the world united to warn the European Medicines Agency (EMA) of “serious potential consequences of COVID-19 vaccine technology.” The group cautioned “possible autoimmune reactions, blood clotting abnormalities, stroke and internal bleeding,” which could occur “in the brain, spinal cord and heart.” The EMA is responsible for evaluating medicinal products for use in European Union (EU) member states.

The principal signatory of the open letter to the EMA was Dr. Sucharit Bhakdi, M.D., former professor of Medical Microbiology and Immunology at the Institute of Medical Microbiology and Hygiene, Johannes Gutenberg University of Mainz. Bhakdi was joined by founding signatories Dr. Mike Yeadon, Ph.D., the former Vice President & Chief Scientific Officer of Allergy & Respiratory at pharmaceutical giant Pfizer, as well as eleven other experts in the fields of biochemistry, immunology, microbiology, epidemiology, virology, and clinical psychology.

The open letter, the first of three informing the EMA of the dangers of the available COVID vaccines and calling for their removal from the market until further evidence proves their safety and efficacy, included the endorsing signatures of a further 182 medical experts and 12 professionals in the allied fields of health and ethics.

In all, the 207 specialists requested from the EMA evidence that “risks of clotting, bleeding and platelet abnormalities were appropriately ruled out in legitimate empirical trials prior to human use,” since such debilitating side-effects were foreseeable, on their account.

Far from opposing vaccines and other related therapies for the treatment and prevention of illnesses emerging from COVID-19, the original letter clarified that the signatories were in favor of the development of “new medical interventions,” all the while stressing that such remedies be “appropriately developed and deployed, having obtained informed consent from the patient.”

However, the consensus of the group was that widespread reporting of injuries following the use of mRNA-based therapies for COVID-19 was not being taken seriously by the EMA, giving rise to grave health concerns among the numerous experts.

Among their concerns was not only the EMA’s approval of gene-based “vaccines” without the sure knowledge they were not the cause of fatal side-effects like blood-clotting, but also the necessity of approving experimental, gene-based technology when “the health systems of most countries were no longer under imminent threat of being overwhelmed” by the virus.

The doctors noted that much of the world’s population “had already been infected and the worst of the pandemic had already abated” by the time the mRNA therapies were given the green light for use within the EU.

The Doctors for COVID Ethics, in no uncertain terms, condemned the “premature and reckless” approval of the vaccines as violating the Nuremberg Code’s section on “human experimentation.”

“Consequently, we demand conclusive evidence that an actual emergency existed at the time of the EMA granting Conditional Marketing Authorisation [similar to the FDA’s emergency use authorization protocol in the U.S.] to the manufacturers of all three vaccines, to justify their approval for use in humans by the EMA, purportedly because of such an emergency,” the group wrote in February.

“Should all such evidence not be available, we demand that approval for use of the gene-based vaccines be withdrawn until all the above issues have been properly addressed by the exercise of due diligence by the EMA.”

About one month later, on March 23, the doctors received a reply from the EMA, dismissing their concerns as “minor” or simply occurring with such rarity that “a positive benefit-risk balance has been established,” according to a press release.

Unsatisfied with the response from the EMA, characterized by the group as both “unscientific” and “cavalier” in its approach to vaccine safety, the Doctors for COVID Ethics railed against the EMA’s claims that observed vaccine side effects were inconsequential in an April 1 rebuttal.

The scientists pointed to the 15 countries which decided to suspend use of the AstraZeneca jab between writing their first letter and receiving the EMA’s response. Multiple nations put a temporary ban on the AstraZeneca vaccine on account of its worrying connection to blood clotting and subsequent deaths, demonstrating the poor safety record of the experimental “vaccines” (which the group says are “more accurately described as investigational gene-based agents”) and vindicating the concerns raised by the team of medical specialists.

Despite widespread alarm, the World Health Organization (WHO) released a statement on March 17, proclaiming that “the benefits of the AstraZeneca vaccine outweigh its risks, with the WHO recommending “that vaccinations continue” on the back of research from the EMA. However, the Doctors for COVID Ethics, using the EMA’s own data, exhibited the AstraZeneca shot’s “potential to trigger intravascular coagulation,” that is, to create blood clots.

The EMA listed 5 cases of disseminated intravascular coagulation (DIC) and 12 instances of cerebral sinus vein thrombosis (CVST) in patients who had received the AstraZeneca shot two weeks prior. Both DIC and CVST are blood clotting disorders and gave rise to a total of 9 deaths in the report. The majority of DIC and CVST cases were in people 50 years old and under.

According to the EMA, since 20 million vaccines had been administered at the time, the blood disorders could be dismissed, but by their own admission a normal occurrence in the population of each disorder would be less than one case for DIC and 1.3 for CVST.

Therefore, the new organization of doctors posed that 12 cases of CVST is a “9-fold increase” on what might normally be expected, which they said is “beyond the range of coincidence.”

“[It] is completely inappropriate and unacceptable that EMA permits these products, which hold only emergency use authorisations, to be administered to younger (<60y) people who are healthy, as they are at unmeasurable risks from SARS-CoV-2,” the doctors concluded. “Not to make this explicit is, in our view, a reckless stance to have taken in the first place and doubly so now.”

— Article continues below Petition —
PETITION: No to mandatory vaccination for the coronavirus
Show Petition Text
1081787 have signed the petition.
Let's get to 1100000!
Thank you for signing this petition!
Add your signature:
Show Petition Text

Owing to their being ignored by the EMA, and wishing to continue holding the feet of the EMA to the fire, the Doctors for COVID Ethics penned a third letter on April 20, reiterating their concerns of negligence and the politicization of scientific research regarding COVID-19 and the related “vaccines.” In addition, the group issued notices of liability for COVID-19 vaccine harms and deaths to all Members of the European Parliament, “advising that they may be held personally liable for harm and death caused by implementation of a Digital Green Certificate (Vaccine Passport).” Members have since voted to implement the vaccine passport scheme, which now awaits approval from the Council of the EU.

No reply to either the third letter or notices of liability has since been received by the Doctors for COVID Ethics.