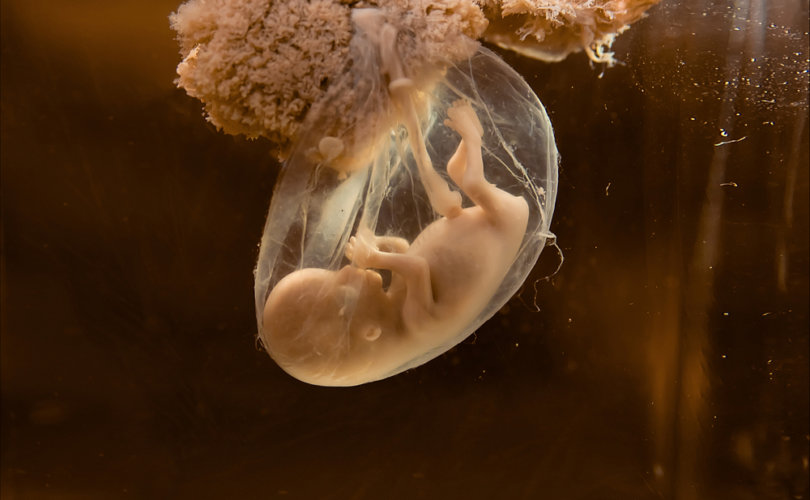 INDIANAPOLIS, May 5, 2021 (LifeSiteNews) — Abortion activists are attempting to overturn a new Indiana law requiring doctors to tell women chemical abortions can be reversed, and their babies can be saved even if they have taken the first dose of the abortion pill regimen.

Last week, Indiana Gov. Eric Holcomb (R) signed into law House Bill 1577 requiring doctors to provide information to pregnant women about live-saving procedures which can save their babies, even after taking the first pill as part of a chemical abortion. The bill also requires an ultrasound be shown to pregnant women and requires other precautions to help women make informed decisions.

According to the Princeton Daily, after this life-saving bill was passed, LaKimba DeSadier, Indiana state director for Planned Parenthood Alliance Advocates, threatened “legal action” against the law — without going into any specifics as to what form that might take. She asserted that medical procedures cannot actually reverse the effects of the first abortion pill despite conclusive evidence to the contrary.

Alexis McGill Johnson, president of Planned Parenthood, claimed that the law “is meant to shame patients seeking access to a safe, legal medical procedure, and puts their health in jeopardy.” House Bill 1577 merely facilitates allowing a second chance to a woman who, after taking the first pill, regrets her decision and chooses to keep her baby.

Upon hearing about the backlash from Planned Parenthood, Indiana Attorney General Todd Rokita (R) boldly stated, “Taking a stand for life means facing down opponents who, in the name of ‘choice,’ are relentless in their efforts to eviscerate the rights of the unborn. Our determination to prevail for the cause of truth must surpass the resolve of the abortion industry to perpetuate a culture of death.”

The Charlotte Lozier Institute explained the abortion pill reversal procedure, which is simple and safe, in an infographic.

The medical abortion is committed by taking mifepristone, followed by misoprostol 24 to 72 hours later. “Mifepristone is a progesterone receptor blocker which causes separation of the placenta from the uterus which leads to the death of the embryo or fetus. The misoprostol causes the uterus to contract and expel the remains of the child.”

To reverse the medical abortion, women take progesterone, orally or as an injection, “as soon as possible after taking the mifepristone but before taking the misoprostol.”

An entire website is dedicated to helping women with an abortion pill reversal.

Chemical abortions are often painful for mothers and have been known to cause infection or hemorrhage which can require emergency care. In the U.S. between 2000 and 2011, 14 women died from complications following chemical abortions.