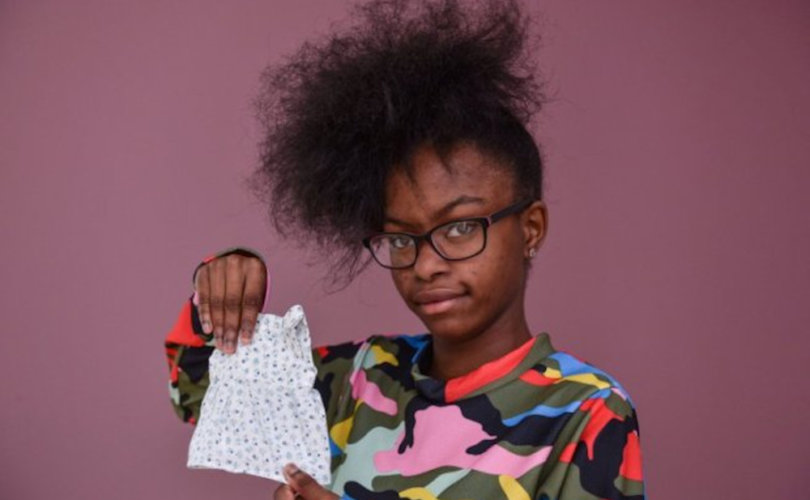 September 6, 2017 (SPUC) — Aaliyah Hart was given a 1 percent chance of survival when she was born. Now she's a normal, healthy teenager.

Born prematurely in 2003, Aaliyah Hart weighed just 12 oz. (340g) and measured seven inches (18cm) as a newborn, and was thought to be Britain's smallest baby. Because she was so small, doctors warned that she was likely to die from underdeveloped lungs, and gave her just a 1 percent chance of survival.

Her mother Lorraine had already had a difficult pregnancy. “I had a lot of problems throughout the pregnancy, the amniotic fluid was slowly decreasing and doctors advised me to have an abortion,” she says. “I was determined to continue the pregnancy because I had struggled to conceive and was close to having IVF.”

Aaliyah was put straight on a life support machine, and her mother was warned she might not even last the night. However, the little girl proved that she was a fighter. She received hormones to help her grow, and astonished doctors by reaching all the important milestones. Now, she's 14, and, though small for her age, is perfectly healthy.

When she was born, Aaliyah was so tiny that volunteers had to knit clothes to fit her. “I was never aware of the fuss when I was born and it has never affected me,” she says. “It was a shock when I saw the clothes I used to wear as a baby. They look like they would be small enough to fit a doll.”

Today, the teenager is an aspiring actress and is currently preparing to start her GCSE studies in Birmingham.

“We never thought she would get to this point,” says Lorraine. “She is a miracle baby.”