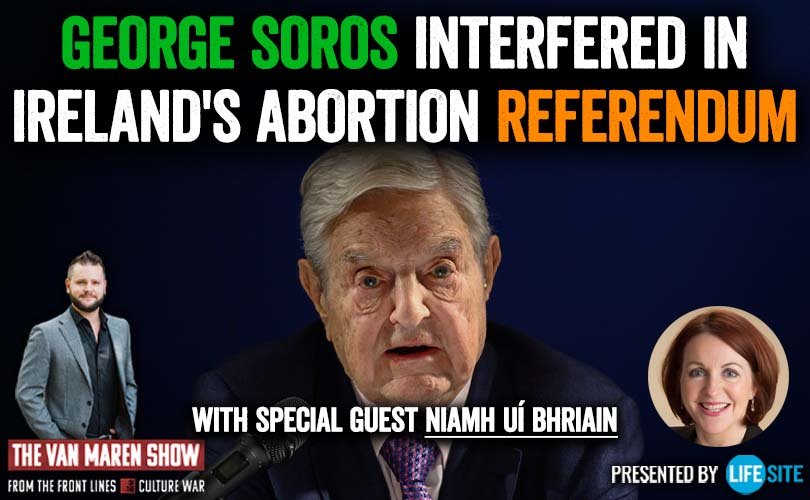 Among many things, their talk showed how the once-Catholic country was pressured by outside forces to abolish the Eighth Amendment, which protected life at all stages, including the unborn.

Niamh said that the film details “the interference from Big Tech and international forces,” including globalist groups such as George Soros and his Open Society Foundation and the Ford Foundation. Meanwhile, the mainstream media and social media companies like Google and Facebook were directly involved in swaying people’s opinions to favor voting to repeal the pro-life constitution.

Niamh mentioned how Project Veritas’ investigative reports and testimonies from experts such as Professor Robert Epstein on Big Tech’s interference in elections are included in the documentary. She called the media’s interference in the 2018 referendum “a serious interference in democracy, which has never been addressed by the authorities in this country.”

Niamh described how George Soros and other globalists played a significant role in changing the Irish culture away from its traditions by directly funding pro-abortion projects and groups. She named Soros, Bank of America, and the Ford Foundation’s funding of “a bad documentary” that attempted to discredit pro-lifers and the Eighth Amendment.

You can watch the documentary by clicking here or by watching below.