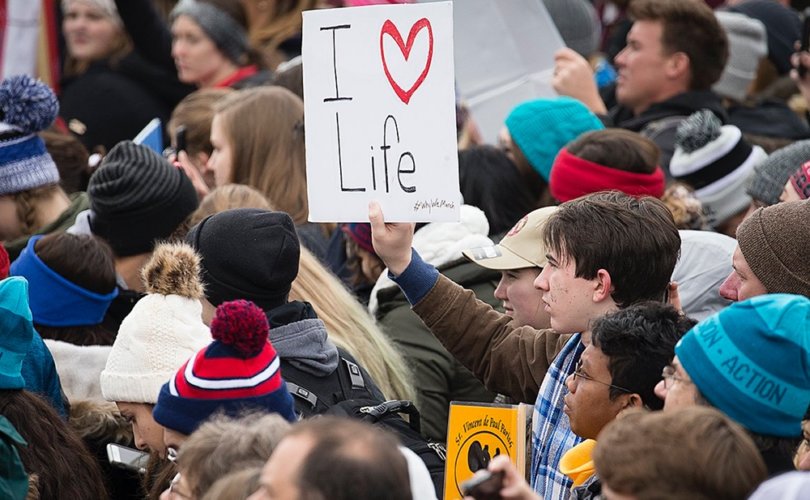 Marchers at the Jan. 18, 2019 March for Life in Washington D.C.Tyler Orsburn / Twitter

WASHINGTON, D.C., January 19, 2019 (LifeSiteNews) – While mainstream media portrayed the 2019 March for Life as being attended by “thousands” and “tens of thousands,” a time-lapse video of the Jan. 18 event from beginning to end paints a rather different picture which suggests a much higher number.

Getting an accurate count of so large a crowd would be an almost insurmountable task, but Students for Life of America has put together a 60-second time-lapse video of the March from beginning to end that suggests hundreds of thousands attended the event.

The 2019 March for Life was a great success! People from across the country, and the world, met in D.C. to march for the rights of the preborn! We are the Pro-Life Generation and we will abolish abortion! #MarchForLife pic.twitter.com/one3YoA3eF

March for Life president Jeanne Mancini told the crowd gathered at the National Mall for the Friday March for Life rally that she could not see the end of the crowd.

“Seriously guys, I can't even see the end of the crowd out there. This is unbelievable. It makes me nervous to say this, but, I think you might be the largest crowd ever. Literally, I just cannot see the end of you,” she said.

The theme of this year’s march is “Unique from Day One,” to emphasize the settled biological fact that the pre-born are living, complete, and distinct human beings starting at fertilization.