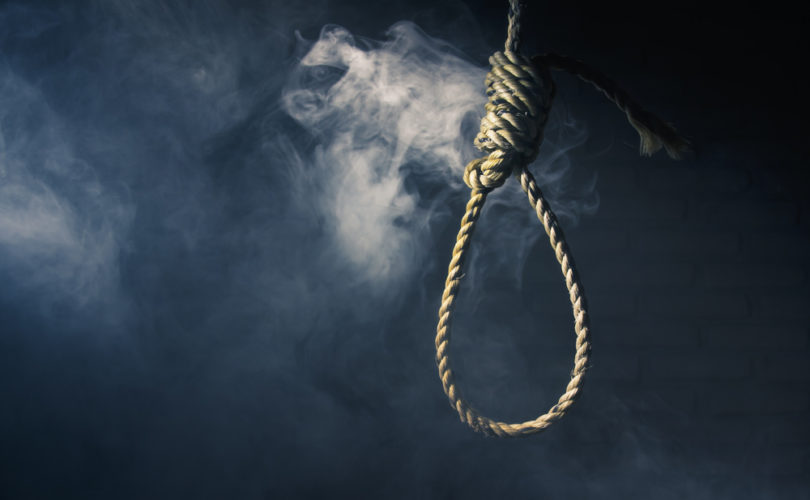 WASHINGTON, D.C., December 17, 2019 (LifeSiteNews) ― An American professor of moral theology has underscored that Christians are supposed to prevent, not facilitate, suicide.

“I will not hold your hand or accompany you while you hang yourself. I will not stand by while you shoot yourself. On the contrary, I vow to Almighty God I will do everything in my power to prevent you from committing suicide even if it’s legal for you to do so.”

Petri made his declaration the day after Archbishop Paglia declared that priests could be present at an assisted suicide.

“In this sense, to accompany, to hold the hand of someone who is dying, is, I think a great duty every believer should promote,” said Paglia, the president of the Pontifical Academy for Life, on December 10.

“I believe from our perspective, no one can be abandoned, even if we are against assisted suicide because we do not want to do death’s dirty work,” he said.

Fr. Petri told LifeSiteNews this morning that there is only one reason why a priest should be at the scene of any suicide, medically assisted or not:

“I do not think that any priest can be present for any type of suicide except in an attempt to prevent it from happening,” Petri said by email.

“That’s true for every suicide, whether medically assisted or otherwise,” he continued.

The priest-professor added that the priest must do everything he can to help people avoid situations that put their immortal soul in peril.

“In fact, I think every Christian of good will is called to do the same,” he concluded.

Petri is the vice president and academic dean of the Pontifical faculty of the Immaculate Conception at the Dominican House of Studies. He appeared on EWTN’s News Nightly last Friday, December 13, to discuss Catholic doctrine on suicide and Paglia’s remarks. On the show, he suggested that Paglia was merely imprudent, rather than a proponent of assisted suicide.

Summarizing his argument for LifeSiteNews, Petri said, “I agree with the Archbishop’s basic point that nobody should feel abandoned, but I do think the particular statement that priests should accompany those who are committing assisted suicide was imprudent, especially given that throughout the conference he was reported to have made some very strong statements against euthanasia and assisted suicide.”

The Catholic Church has always warned that suicide is a mortal sin, a sin so serious that if a person of sound mind commits it, and has no time to repent of it, it may lead to the sinner’s eternal damnation. In recognition of the horrible consequences of this sin, the Church once refused a funeral and a place in sacred burial grounds to the remains of the suicide. However, in recent decades the Church has permitted Catholic funerals and cemeteries to those who die by suicide to comfort their families and in the hope that there may have been some mitigating factor, like mental illness, that will evoke the mercy of God without outraging His justice. There is also a recognition that the departed may have repented the sin with his or her last breath.

Petri added to his Twitter comments an assurance that anyone hellbent on committing suicide would not want him around:

“Oh, trust me. If you’re doing this, you don’t want me present because come hell or high water, I’m not going to stand by and let it happen,” he tweeted on December 12.