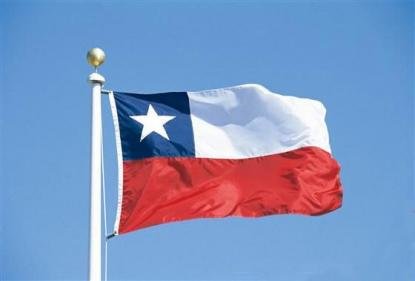 “We conclude that the Dominion Voting System is intentionally and purposefully designed with inherent errors to create systemic fraud and influence election results. The system intentionally generates an enormously high number of ballot errors,” the report says.

“The intentional errors lead to bulk adjudication of ballots with no oversight, no transparency, and no audit trail,” it continues. “Based on our study, we conclude that The Dominion Voting System should not be used in Michigan. We further conclude that the results of Antrim County should not have been certified.”

The investigation was conducted by Allied Security Operations Group (ASOG), a Dallas-based IT group that has worked with the Trump legal team on election fraud cases. Michigan Judge Kevin Elsenheimer had mandated forensic imaging of Antrim’s Dominion tabulators and other election material two weeks ago, granting a motion sought by Antrim resident William Bailey.

Bailey sued the county over concerns about election integrity, citing a previous ASOG audit which found that software irregularities may have affected success of the local proposal. He also noted that Antrim suffered from a notable “glitch” on Election Day that caused 6,000 Trump votes to be counted for former Vice President Biden. A Republican clerk has taken responsibility for the issue, referring to it as a “human error,” although she refused calls for an independent investigation, according to Bailey.

“This demonstrated a significant and fatal error in security and election integrity,” their report states. “The allowable election error rate established by the Federal Election Commission guidelines is of 1 in 250,000 ballots (.0008%).” ASOG interpreted that a “high ‘error rate’” “reflects algorithm” designed to tilt the election for a specific candidate.

“The statement attributing these issues to human error is not consistent with the forensic evaluation, which points more correctly to systemic machine and/or software errors,” they said.

“The vote flipped based on the algorithm,” William Bailey’s attorney Matthew DePerno claimed. “It can be done manually or through a machine. We believe it was done through a machine. It’s either a function of the program, or it’s done offsite,” he said ahead of the release of ASOG’s findings.

ASOG reported other vote changes due to Dominion tabulators memory cards being “programmed with new ballot programming on 10/23/2020 and then again after the election.”

“These system changes affect how ballots are read and tabulated, and our examination demonstrated a significant change in voter results using the two different programs,” they said.

The group added that “this violates the 90-day Safe Harbor Period” of the Help America Vote Act, “which prohibits changes to election systems, registries, hardware/software updates without undergoing re-certification.”

“A staggering number of votes required adjudication,” ASOG also related. Adjudication is a process whereby election officials determine the votes of ballots deemed to be faulty. “The adjudication process is the simplest way to manually manipulate votes,” they said.

“[T]he Dominion system classifies ballots into two categories, 1) normal ballots and 2) adjudicated ballots,” ASOG noted. “Ballots sent to adjudication can be altered by administrators, and adjudication files can be moved… with no audit trail of which administrator actually adjudicates (i.e. votes) the ballot batch.”

“The user logged in has the ability to make major changes to the system and install software which means that there is no oversight to ensure appropriate management controls,” their report reads.

County officials further hampered transparency by illegally deleting security logs, according to the report, which states that “all server security logs prior to 11:03 pm on November 4, 2020 are missing.”

“Significantly, the computer system shows vote adjudication logs for prior years; but all the adjudication log entries for the 2020 election cycle are missing,” they stated. “Removal of these files violates state law and prevents a meaningful audit, even if the Secretary wanted to conduct an audit.”

Other issues mentioned in the report include unsecured USB drives, unencrypted election data, and software out of date by several years. “There is no way this election management system could have passed tests of having been legally certified to conduct the 2020 elections in Michigan under the current laws,” ASOG said.

Trump retweeted news of the report, calling the findings an “Election changing result!”

Deperno said that he contacted Michigan lawmakers about the audit and pushed for the legislature to support alternate electors “based on what we think we’ve found.” On Friday, six Michigan representatives moved to file the ASOG report as evidence in a case before the Supreme Court seeking to overturn the Michigan’s election results.