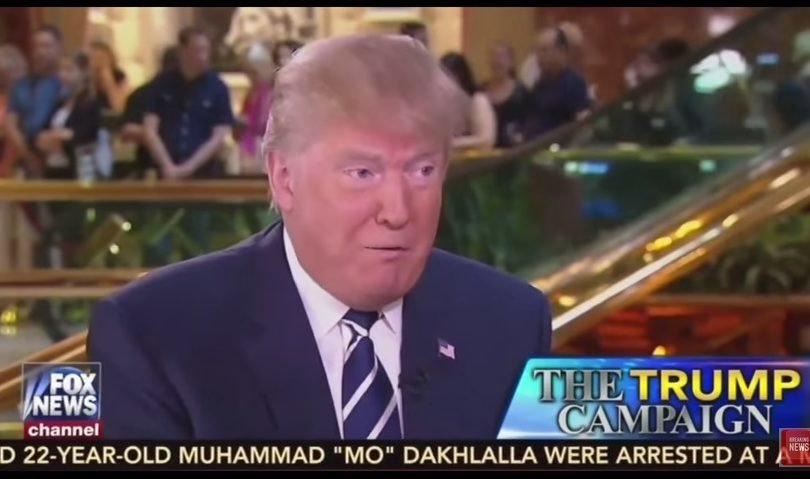 On the Tuesday morning edition of CNN's New Day program, Trump told Chris Cuomo that Planned Parenthood is “like an abortion factory, frankly.” But he would be open to funding its “women's health” activities.

“The abortion aspect of Planned Parenthood…absolutely should not be funded,” he said.

But in part one of an extended interview that aired on Fox News last night, Trump raised the possibility of using federal funding as leverage to get Planned Parenthood to get out of the abortion business once and for all.

“There’s two Planned Parenthoods, in a way,” Trump told Sean Hannity in the 24-minute-long segment. “You have it as an abortion clinic. Now, that’s actually a fairly small part of what they do, but it’s a brutal part, and I’m totally against it.”

“They also, however, service women,” he said.

“Maybe unless they stop with the abortions, we don’t do the funding for the stuff that we want,” he said. “There are many ways you can do that, Sean.”

On the stump, the businessman – who once wrote a bestseller entitled The Art of the Deal – promises to use his superior negotiation and bargaining skills to “beat” competitors from China and Mexico to Islamic terrorists. Planned Parenthood is now apparently on that list.

However, on CNN, he accepted Cuomo's use of the hotly disputed statistic that “abortion is only three percent” of what Planned Parenthood does. Trump revealed on Hannity that female Republicans had swayed him by emphasizing the abortion giant's “positive” actions.

Trump also took the opportunity to bash Jeb Bush for a verbal gaffe, when he told a Southern Baptist meeting that he is “not sure we need half a billion dollars for women’s health issues” in the federal budget. Bush later said he meant only that Planned Parenthood should be defunded, but the controversy has persisted.

Rush Limbaugh said he had no trouble with Bush's comment, even in its errant form, since the Republican Party was once “oriented toward, if not reducing the size of government, at least stopping the growth. … Now in order to gain favor, even at the Southern Baptist Convention, you've gotta praise federal programs.”

The answer to the Republican frontrunner's self-made conundrum may come from…Democrats for Life. Executive Director Kristen Day said all federal funds going to Planned Parenthood should be reappropriated to community health clinics.

“While we applaud efforts to deny governmental funding of Planned Parenthood for its role in providing abortions, we urge any state that is considering defunding Planned Parenthood to re-channel those funds to desperately needed health care for at-risk women and infants,” she said. “Cutting funds would harm families, but re-channeling funds, coupled with informational outreach on alternatives, may result in more families served.”

“There are 9,000 Community Health Center sites located in almost every single Congressional District,” she said. “They vastly outnumber the 700 Planned Parenthood facilities and provide fuller services for families.”

Trump, who had supported shutting down the government if necessary to defund the nation's leading abortion provider, saw his support increase following last Thursday's debate.