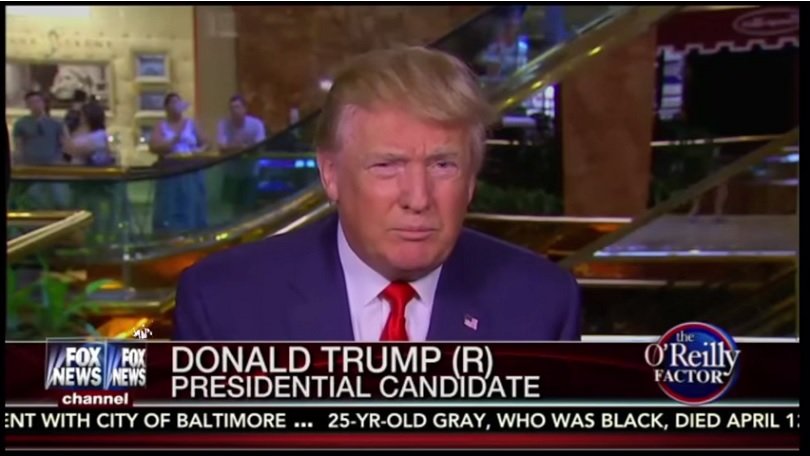 WASHINGTON, D.C., September 9, 2015 (LifeSiteNews) – The leading candidate for the Republican presidential nomination said he would defund Planned Parenthood unless it stopped providing all abortions.

When Donald Trump was asked by Bill O'Reilly if he would defund Planned Parenthood unless it ended all abortions, Trump replied, “Yes, I would.”

“I wouldn't do any funding as long as they're doing abortions,” Trump said during an appearance on Tuesday night. “I would be totally opposed to funding.”

That essentially echoes his consistent position. On August 11, Trump told Sean Hannity, “Maybe unless [Planned Parenthood offices] stop with the abortions, we don’t do the funding for the stuff that we want.”

Earlier the same day, he denounced the organization, telling CNN, Planned Parenthood is “like an abortion factory, frankly.”

“You read a wrong report,” he told the equally outspoken O'Reilly.

Some had seen Trump's position as less than certain, as he had said that abortion “is a small part” of Planned Parenthood's services and drawn attention to “the positives” the organization delivers.

Trump criticized Jeb Bush for saying the government did not need to fund women's health programs. “I cherish women,” Trump said. Bush later clarified that he was only talking about funding Planned Parenthood.

“The pro-life community shouldn't fall for the Donald's latest con,” Philip Wegmann wrote at The Federalist.

The Manhattan real estate mogul, who once described himself as “very pro-choice,” says a friend's decision not to have an abortion changed his mind on the issue. He favors exceptions for rape, incest, and to save the life of the mother.

He has said Congress should defund Planned Parenthood, even if it leads to a government shutdown.

Trump also addressed the arrest of Kim Davis, who was just freed yesterday after refusing to certify same-sex “marriages” in the Rowan County, Kentucky, offices. Trump said he opposed jailing her, but Davis should have filed the paperwork regardless of her religious views.