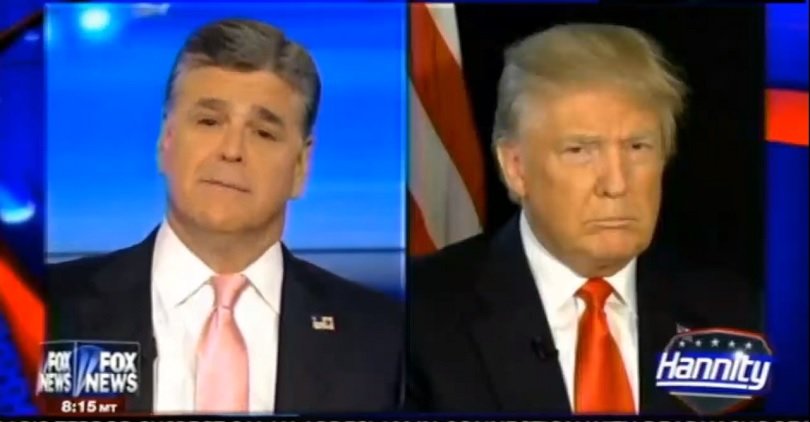 'I think that local states and communities should make the decision. And I feel very strongly about that.'

WASHINGTON, D.C., April 22, 2016 (LifeSiteNews) – In an interview on Fox News last night, Donald Trump walked back his comments about North Carolina's law concerning transgender bathroom use, saying he believes the matter should be left up to the states.

On the “Today” show Thursday morning, Trump sounded off against H.B. 2, a statewide public safety measure overruling a Charlotte ordinance that allowed biological males to use women's restroom, showers, and changing facilities.

State leaders should “leave it the way it is,” Trump initially said. “People go, they use the bathroom that they feel is appropriate.”

Sean Hannity asked the GOP frontrunner to clarify his stance on transgender use of public accommodations that evening.

“I can't believe I'm asking the question, but I'm asking,” Hannity said, noting that such policies affect a minuscule number of Americans. The Williams Institute, a pro-LGBT think tank, estimates the number of transgender Americans at 0.3 percent of the population, or 700,000 out of almost 319 million Americans.

Donald Trump replied, “Well, it is a small number, but we have to take care of everyone, frankly.”

The North Carolina law, he said, “unfortunately is causing them some problems,” and “they are losing business and they are having a lot of people coming out against” it.

“I fully understand if they want to go through” with it, he said. “With me, I look at it differently.”

But his views should not play a role, he said.

“I think that local states and communities should make the decision” on who uses which intimate facility, he said. “And I feel very strongly about that. The federal government should not be involved.”

Mr. Trump's newly nuanced stance echoed remarks made on the same network just hours earlier by talk show host Laura Ingraham, who dismissed the issue as a “gotcha question” and said that Trump should decline to answer it.

She recommended he say it is a local issue and “let the states figure it out. This is not exactly Rosa Parks and the bus here.”

Allowing grown men to use the same changing facilities as underage girls is “not appropriate. It's not safe,” the ad says. “It's PC nonsense that's destroying America.”

“He'll probably backtrack now that he knows it's not a conservative position,” said Noah Rothman, the assistant online editor of Commentary magazine, on Thursday's edition of the “Steve Malzberg Show,” which aired earlier in the evening on Newsmax TV. “But he didn't know, because he's not a conservative.”