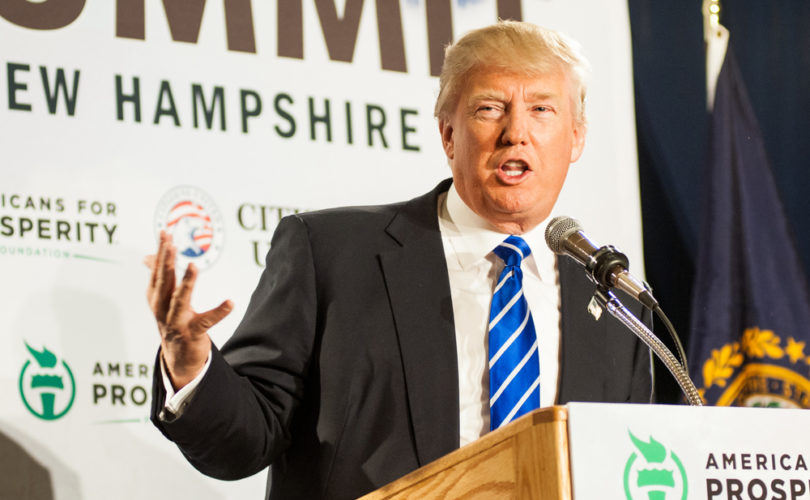 Trump won the Nevada caucus handily, winning as many votes as his next two nearest rivals combined.

Trump won 46 percent of the vote. Senators Marco Rubio and Ted Cruz, who had settled into a near-tie for second most of the evening, pulled apart, with Rubio garnering less than 2,000 votes more than Cruz (23.9 percent and 21.4 percent, respectively).

The victory was Trump's third triumph in a row, winning all but one of the contests so far.

The business tycoon dominated virtually every demographic in the electorate, as he did in New Hampshire and South Carolina. He won among men, women, every age and ethnic group, and every ideological position.

Trump, who launched his candidacy promising to build a wall on the Mexican border, took pride in earning more Hispanic voters than the combined total of Cruz and Rubio, both of whom are Hispanic.

Mr. Trump crushed Senator Cruz among two groups thought to be the senator's base of support. Evangelical, born again Christians chose Trump over Ted Cruz by 14 percentage points. While most Republicans nationally said they trust Cruz to appoint conservative justices to the Supreme Court, twice as many people who viewed judicial appointments as their top issue voted for Trump than Cruz.

He fared poorly on only two qualities important to some Republicans. Among those who said they wanted a candidate who “shares my values,” Trump again came in third, losing to Cruz by 22 points. Marco Rubio won 51 percent of those who wanted a candidate they believed can win the general election.

Speaking to a boisterous crowd at his Trump Hotel in Las Vegas, he thanked Pastor Robert Jeffress and Jerry Falwell Jr. by name.

“We're going to make America great again, and it's going to happen soon,” Trump said, hinting that his momentum may make for a short primary season. “It's going to be an amazing two months. We might not even need the two months, folks, to be honest.”

He referred to winning every educational level of Nevada voters, from the most educated to the least educated. “I love the poorly educated,” Trump said.

The returns came as a blow to Marco Rubio, who grew up in the state and attended a Mormon church there during his childhood. Rubio gave no speech after coming in second.

Ted Cruz was the only candidate of the top three to mention social issues after the election results came in, vowing to stand for “life, and marriage, and religious liberty.”

The Texas senator said, despite finishing third in the last two Republican contests, he was better positioned to defeat Donald Trump.

Of the remaining candidates, Cruz has the most money on hand: $39.6 million to Rubio's $11.1 million.

Meanwhile, Ohio Gov. John Kasich – who came in last, with 3.6 percent of the vote to Dr. Ben Carson's 4.8 percent – argued that he should be the alternative to Rubio.

The most recent poll shows Trump defeating Kasich in his home state of Ohio by five points.