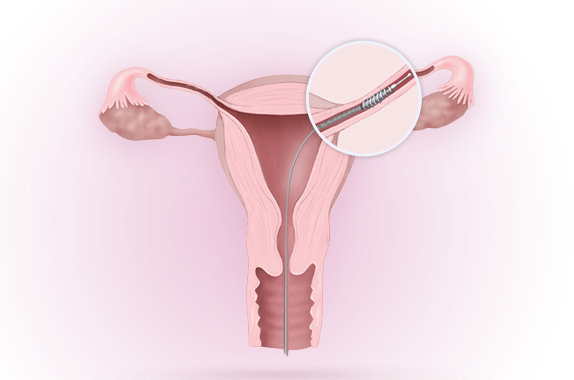 Public backlash continues to mount against the makers of Essure, a “permanent birth control” method designed to induce sterility without invasive surgery.

Last year, famed consumer advocate Erin Brockovich launched a website devoted to highlighting the risks of the product, which is made by Bayer, a German-based pharmaceutical company currently fighting multiple class-action lawsuits and government investigations concerning the safety of its numerous contraceptive products.

Bayer and many gynecologists tout the coils as a “non-invasive” alternative to tubal ligation for women who no longer want to be fertile.  But thousands of women who underwent insertion at an average cost of $2,300 per procedure ($1,300 for the coils and $1,000 for associated fees) feel they were sold a bill of goods by doctors who failed to adequately convey the risks of the procedure, which include allergic reaction, hemorrhage, uterine perforation, organ damage, and even death.

Racheal Jessie, 29, a mother of three from Harrison, Ohio, went to her gynecologist a year ago seeking a tubal ligation, but the doctor urged her to give Essure a try instead. “No down time – that was a big selling point,” Jessie recalled in an interview with the Cincinnati Enquirer.

But Jessie’s experience was a far cry from the “no down time” promises her doctor made her.  As soon as the coils were implanted, she began to bleed constantly, leaving her drained, depressed and exhausted. When she complained to her gynecologist, the doctor said there was no way Essure could be causing her problems. Then she found a Facebook page called “Ohio E-Sisters,” where other Essure victims were sharing their stories and complaints. “That's when I started realizing this is not normal,” Jessie said.

In order to stop the bleeding and get her life back, Jessie had to undergo a hysterectomy in June – major surgery with lifelong impact on a woman’s health. “The FDA needs to take this off the market,” Jessie told the Enquirer. “It's causing too many women problems.”

Another “Ohio E-Sister,” Jennie Fischer, 42, blames her doctor for failing to disclose the nickel content of the Essure coils.  According to the National Institutes of Health, up to 17 percent of women are allergic to nickel, and Fischer is one of them.

“The doctor did not disclose to me that it was made out of nickel because if I had known, I would never have done it,” Fischer told the Enquirer. “I've known all my life that I'm allergic to nickel. When I was younger, wearing cheap earrings from Claire’s, my ears would break out in red welts. This was exactly what I had with Essure.”

As increasing numbers of women suffer ill effects from the Essure device, they are taking to social media to spread the word.  A Facebook group called “Essure Problems” currently has over 13,000 members, and hundreds of women have taken the time to write their stories for Erin Brockovich’s anti-Essure website.

“I have been amazed at the number of women who have written to me with their stories and the serious medical issues they are having due to the Essure implant,” said Brockovich.  “Stories from debilitating headaches, nausea, allergic response to the nickel the device is made of, hysterectomies, colon perforation due to device moving, to scans that cannot even find where the device has gone to pregnancy and the women were told that they could not get pregnant yet none of the women were told of the serious side effects.”

Stephen Haas, associate professor of health communication at the University of Cincinnati, told the Enquirer that the uproar over Essure reminds him of the debate over silicone breast implants in the 1990s.

“There were so many women complaining of disease related to silicone implants, yet to this day, the FDA has found no evidence for that,” Haas said. “It raises an interesting quandary: What happens when you feel ill when physicians and the government are telling you it's all in your head?”

Some women have already filed lawsuits against Bayer, alleging the company hid evidence of adverse impacts from the FDA during the “pre-approval” process, which granted them immunity from lawsuits filed by users of the device.  At least one lawsuit argues that the pre-approval was fraudulently obtained due to the cover-up, and that the company should be stripped of its legal immunity by the courts.

Meanwhile, the “Ohio E-Sisters” are focused on petitioning the FDA to withdraw its approval for Essure.

“If I can prevent one woman from going through what I've gone through,” said Fischer, “then it would be worth it.”