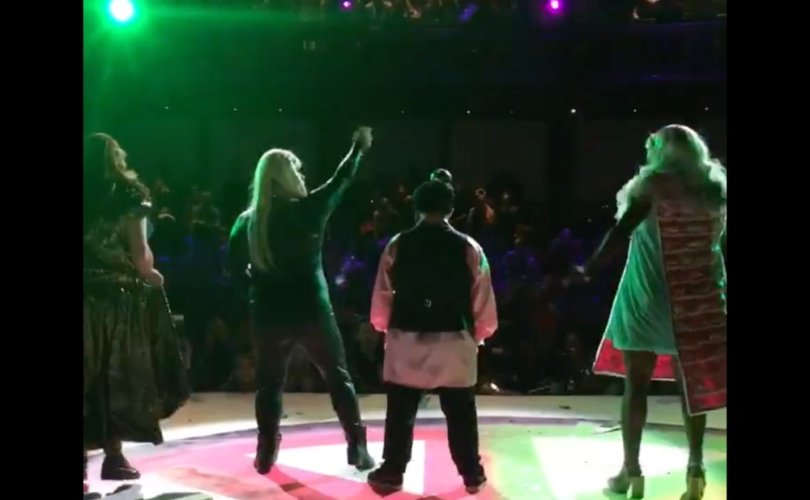 GRAND RAPIDS, Michigan, August 16, 2019 (LifeSiteNews) – A public art event in Grand Rapids, Michigan next month will feature men and women with Down syndrome performing as “drag queens” and “drag kings.”

A drag group known as “Drag Syndrome” is comprised of performers with Down syndrome, and is an LGBT activist's attempt to promote so-called “inclusion.”  Their performances feature song and dance by men wearing women’s dresses, garish makeup, wigs, and in some cases fake breasts. Women sport beards and men’s clothing.

A local TV channel, Wood TV, reports that “some people may be concerned because people with Down syndrome have limited mental capacity that they might not have the ability to decide to take part or understand what they are taking part in.”

The organizers of the show, however, are defending the event.

“We sought them out because they are at the very highest level of disability drag,” said event organizer Jill Vyn of DisArt, a Grand Rapids organization that connects art and people with disabilities.

“Drag has never only been about sexuality,” DisArt co-founder Christopher Smit said. “Drag is about gender performance, drag is about expression. Drag is also about ridding the culture of really damaging stereotypes.”

Drag queen shows largely consist of men dressing as women in order to mock stereotypes of womanhood and femininity.