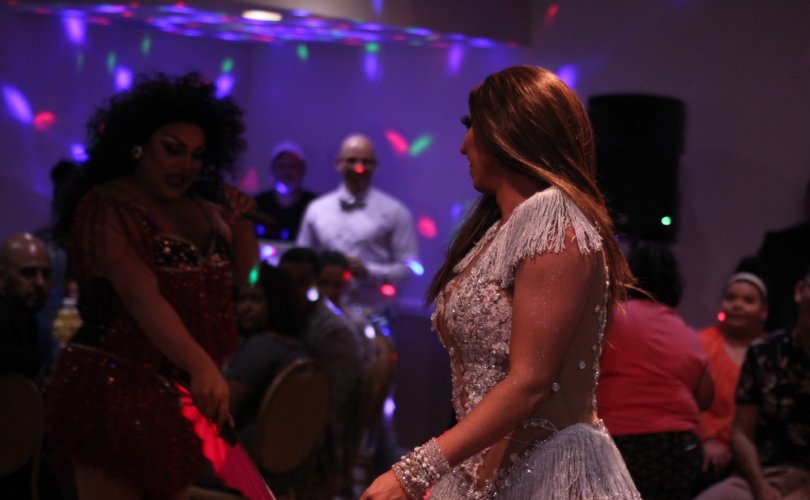 GRAND RAPIDS, Michigan, August 23, 2019 (LifeSiteNews) – A public art event which would feature men and women with Down syndrome performing as “drag queens” and “drag kings” has been sent scrambling to find a new location after the venue owner said the show would exploit vulnerable human beings, crossing a “clear red line.”

As it turns out, Tanglefoot – a Grand Rapids, Michigan arts building where the show was scheduled to be performed – is owned by Peter Meijer, a Republican candidate for Congress.

“After deep reflection on the nature of Drag Syndrome’s performance, I cannot approve of their use of Tanglefoot’s facilities,” wrote Meijer to DisArt, the group hosting the show.

“The differently abled are among the most special souls in our community,” said Meijer, “and I believe they, like children and other vulnerable populations, should be protected.”

“This is not a decision I have arrived at lightly,” wrote Meijer. “As the true nature of Drag Syndrome’s performance became clear, I consulted with various relevant communities to ensure my decision was made as free of personal bias as possible. I spoke with parents of the differently abled, people who had family members with Down’s syndrome, and members of the LGBTQ and artise community. In nearly every conversation, concerns were raised about the potential exploitation of the vulnerable.”

In a West Michigan Live radio interview this morning, Meijer said that parents of Down syndrome children reached out to him not even knowing that he owned the building, asking him, “Please stop this.”

Meijers said that disability advocates told him, “This makes us deeply uncomfortable. This is setting us back; this is not going towards the goal of inclusion and belonging for the differently abled.”

When the radio show host suggested that Meijer was perhaps using the situation to create political hay for his candidacy, Meijer said, “I’m not going to take advantage of individuals with Down syndrome for political benefit. That is just as exploitative as the performance.”

Meijer explained that although he tried to handle the situation privately, “The people who are putting on the show wanted to make a controversy out of it” and so leaked it to the media.

“Drag Syndrome” – the drag group now left searching for a location – is comprised of performers with Down syndrome, and is an LGBT activist’s attempt to promote “inclusion.” Their performances feature song and dance by men wearing women’s dresses, garish makeup, wigs, and in some cases fake breasts, largely in order to mock stereotypes of womanhood and femininity. Women sport beards and men’s clothing.

In a DisArt panel discussion broadcast live on Facebook this afternoon, a woman in the audience named Kathleen who said she read about the event on LifeSiteNews pointed out that society has come a long way since the days when P.T. Barnum exploited people with disabilities by putting them on display.

“To me, personally and others I know, this is not a form of art,” said Kathleen. “This to me is … exploitation of Down syndrome people.”

“God created us in his image,” she continued. “Down syndrome people are very special, they’re very pure of heart, they’re very good, and I feel that this is scandalous to them.”

“As the older brother of a man with Down Syndrome, I was shocked to learn about this evil ‘Drag Syndrome’ event,” said Peter Labarbera, President of Americans for Truth About Homoesexuality (AFTAH) in a statement to LifeSiteNews. “How cruel to exploit innocent Downs people who are vulnerable and unable to understand fully what this manipulative spectacle is all about.”

“Drag Syndrome appears to be part of a broader trend that’s more preoccupied with promoting ‘gender fluidity’ to various groups than genuinely helping those groups. ‘Drag Queen Story Time’ events in the UK and United States feature crossdressers reading and performing to small children in public libraries and nursery schools, while the pro-LGBT media has heavily promoted stories about prepubescent drag performers such as Nemis Quinn Mélançon Golden, also known as ‘Lactatia,’ and Desmond ‘Desmond is Amazing’ Napoles.”