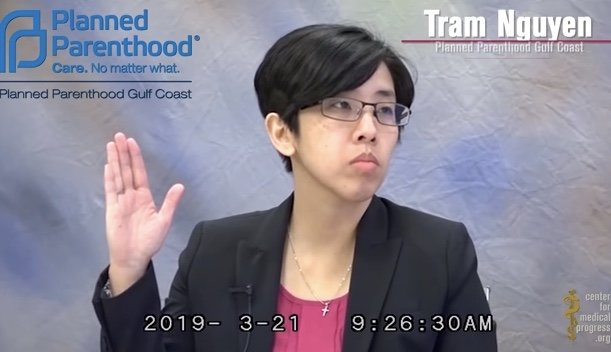 WASHINGTON, D.C., July 2, 2020 (LifeSiteNews) – A group of over 60 members of Congress asked the U.S. Department of Justice (DOJ) to provide “an update on the status of the Department’s investigation into Planned Parenthood and its affiliates,” as well as “an explanation of steps it is taking to prioritize the enforcement of fetal trafficking laws altogether.”

The legislators sent their letter to U.S. Attorney General Bill Barr on June 26 after the release of a video by the Center for Medical Progress showing Planned Parenthood executives admitting under oath to selling body parts of aborted babies.

“In a shocking compilation of incriminating testimonies released in May, Planned Parenthood executives openly admit to trafficking human fetal tissue from aborted infants,” the letter pointed out. “For instance, uncovered exchanges in the video footage between Dorothy Furgerson, MD, the Director of Planned Parenthood Mar Monte (PPMM), and research company, StemExpress, outline a contract for PPMM to sell fetal body parts to StemExpress at a rate of $65 per usable specimen.”

Not mentioned by the members of Congress, the video also showed how Planned Parenthood Federation of America (PPFA), while under investigation in 2015, told Congress that its Gulf Coast affiliate (PPGC) in Houston had “rebuffed” an undercover proposal to sell fetal livers for $750 per liver and $1,600 for liver/thymus pairs. But Planned Parenthood Gulf Coast senior director of abortion access Tram Nguyen testified that she “wanted to move forward with it,” as documented in contemporaneous emails between her and PPGC regional director Dyann Santos.

According to the more than 60 legislators, these admissions are “not only morally repugnant, to strip an unborn child for parts and sell them to the highest bidder, it is also a federal crime.”

In fact, federal law “clearly states that it is illegal for any person to ‘solicit or knowingly acquire, receive, or accept a donation of human fetal tissue for valuable consideration.’”

As emphasized by the letter, the DOJ had received several letters inquiring about the status of the investigation into Planned Parenthood and its affiliates in the past, but the DOJ never released any updates. The members of Congress now requested “a written update on the status of criminal referrals” it has received in that context in the last few years. A criminal referral is a notice recommending the criminal investigation or prosecution of entities for crimes.

“After intentionally siphoning millions of dollars in PPP loans from small businesses in need, it is clear Planned Parenthood continues to engage in legally suspect actions that merit investigation,” they wrote.

Twenty-seven Republican senators had already asked the DOJ in May to investigate the abuse of PPP loans by Planned Parenthood. According to their letter, “it seems clear that Planned Parenthood knew that it was ineligible for the small business loans under the CARES Act long before its affiliates fraudulently self-certified that they were eligible. As you know, fraudulent loan applications can trigger both civil and criminal penalties.”

Meanwhile, the Center for Medical Progress released another video in late June containing footage from the sworn testimony of abortion industry officials admitting that they are aware of babies having been born alive, and suggesting that they are murdered soon after.

The Center for Medical Progress had originally exposed Planned Parenthood’s sale of aborted babies’ body parts in 2015, late into former President Barack Obama’s second term. In late 2017, the Trump administration requested documents from the U.S. Senate Judiciary Committee’s review of the case, which led many pro-lifers to hope Planned Parenthood would finally face justice. But no charges were ever brought.

Planned Parenthood killed 345,672 preborn children last year while receiving more than $616 million from the federal government, $430 million in private revenue, and $591 million in charitable contributions. The abortion giant is currently rolling out a $5 million campaign to bombard election battleground states with advertising against state efforts to suspend elective abortions as part of COVID-19 emergency measures.