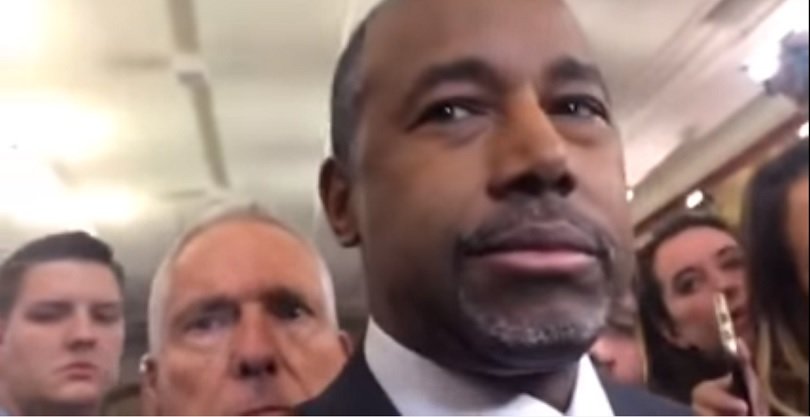 No baby deserves to be killed, not even one of history's greatest monsters, said Dr. Ben Carson. “I'm not in favor of aborting anybody,” the neurosurgeon said.

But Gov. Jeb Bush said, “Hell yeah” he would murder Hitler, whose reign of terror killed millions. “You gotta step up, Man.”

The unusual topic inserted itself into the 2016 Republican primaries when The Huffington Post asked the two candidates if, given the opportunity to travel back in time, they would terminate baby Hitler in his cradle.

Bush — who has boasted, “I'm probably the most pro-life governor in modern times” — answered at greater length than Carson, and raised the concern of disrupting the time-space continuum. “The problem with going back in history and doing that, as we know from the series — what’s the series with Michael J. Fox called, the ‘Back to the Future’ series? — is that it could have a dangerous effect on everything else.”

The gotcha question obscures the fact that all Americans would wish to prevent Hitler's triumph, which included the systematic destruction of the Jewish people and a thirst for lebensraum that triggered World War II.

Nonetheless, one pro-life writer said the willingness to kill any child lies closer to Hitler's disregard for life. “Adolf Hitler saw the Jewish people as a problem of humanity, and horrifically killed over 6 million Jews during the Holocaust,” Becky Yeh wrote at Live Action News. “Hitler’s anti-Semitic ideology, rooted in eugenics, wished to rid the human race of individuals who, in his view, tainted it. Hitler wished to cleanse the human population.”

In 2014, a Holocaust panel said that forced abortion should be remembered as a Nazi crime. Modern day racists and eugenicists continue to support compulsory abortion to destroy racial elements they consider unworthy of life.

The candidates' differing answers to the hypothetical betray differing stances on abortion exceptions on the issues of rape and incest. Dr. Carson told Meet the Press last month, “I would not be in favor of killing a baby because the baby came about in that way.” The previous week, Jeb said “of course” he believes in exceptions for rape and incest, and vowed he would impose no pro-life “litmus test” for Supreme Court justices.

Polls show Dr. Carson regularly tied with Donald Trump as the front runner for the Republican Party's presidential nomination. Gov. Bush's support has dwindled to as little as four percent, with one Democratic-leaning firm finding that he has less support than Louisiana Gov. Bobby Jindal.

Forced abortion should be remembered as a Nazi crime: Holocaust panel