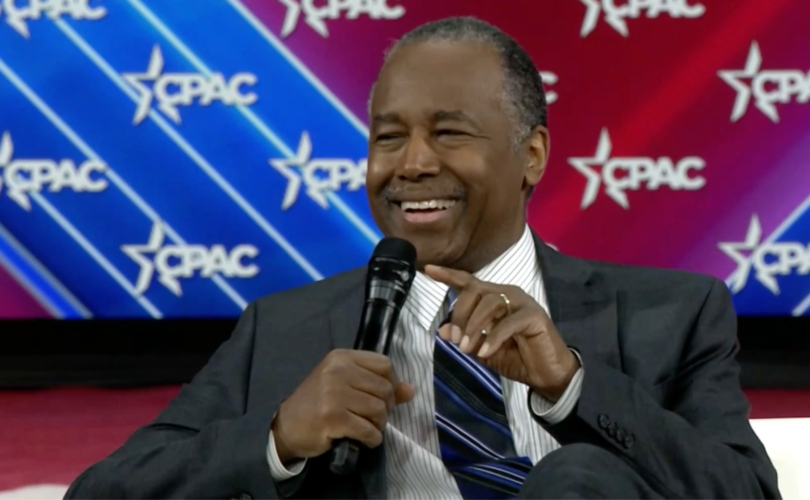 “For a healthy child, the incidence of death from COVID is 0.025%. But we have no idea what the long-term effect of these spike proteins are going to be on them,” Carson said. “So we’re trading almost no risk for long-term permanent risk. That makes absolutely no sense.”

Carson was just warming up:

Look at mask-wearing, particularly at a young age when you’re trying to develop your sociological image of yourself. A lot of that [comes through] positive feedback that you get by looking at people’s facial expressions.

We’re going to end up with a whole generation of pathological people who don’t know how to interact with each other.

Look at the number of emergency room visits by children, year over year, 2022 to 2021: Psychiatric emergencies have gone up 40 percent.

Imagine what it must be like to be a little kid. You have to wear a mask. You don’t get to see facial expressions. Then you’re told you may be harboring some deadly disease. You might not get sick, but you might give it to your grandmother, and she may die.

All of this is happening while you’re trying to develop your self-image.

And if that’s not bad enough, you may not be a girl or a boy. Can you imagine?

Dr. Carson went on to describe books being available to very young school children that plant non-binary gender ideology “seeds” in their minds.

He said he has reviewed some of the schoolbooks for kindergartners through second graders that have naked people in them “doing all kinds of things that [kids] shouldn’t know about at that age.”

“They are affecting the character of our children at a time of innocence,” Carson said.

“We are destroying the American family, and we are throwing away our faith in God,” he declared.

“There’s a tremendous loss of confidence in our government, in the CDC (Centers for Disease Control), and the NIH (National Institutes of Health) because they’ve allowed themselves to be manipulated and controlled by other forces,” Carson explained.

Carson said that because the only way for pharmaceutical companies to get an Emergency Use Authorization (EUA) was if there were no other effective treatments already available. “That’s why they denigrated hydroxychloroquine,” despite the fact that in regions of the world where hydroxychloroquine is commonly used as an anti-malaria treatment, there has been almost no COVID. He explained that the same holds true for ivermectin usage.