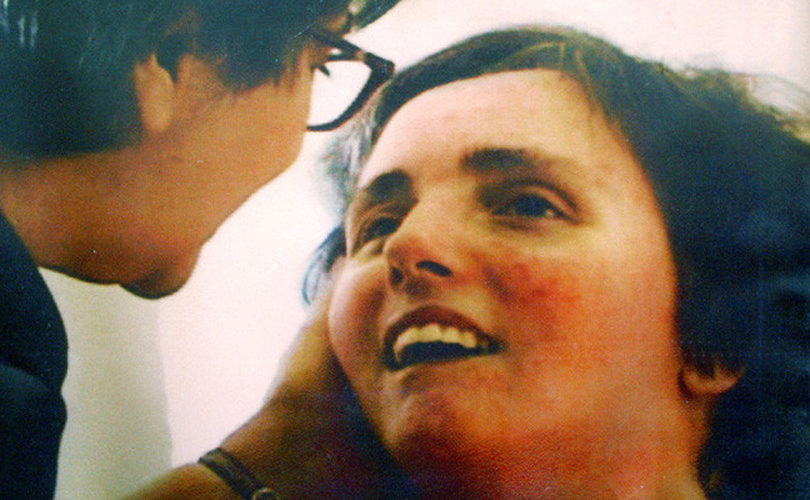 November 17, 2015 (LifeSiteNews) — For her friends and family, it was a matter of life or death. For the pro-life movement, it was an epic struggle against the culture of death. But for Dr. Ben Carson, the Terri Schiavo case was “much ado about nothing.”

Over the weekend, Carson told The Tampa Bay Times that he did not believe Congress had acted appropriately by trying to ensure Schiavo continued to receive food and water.

“I said at the time, 'We face those kinds of issues all the time, and while I don't believe in euthanasia, you have to recognize that people that are in that condition do have a series of medical problems that occur that will take them out,'” Dr. Carson told the Florida newspaper. “Your job is to keep them comfortable throughout that process and not to treat everything that comes up.”

When asked if it were appropriate for politicians, from the state legislature and then-Gov. Jeb Bush to the U.S. Congress, to intervene, Carson said, “I don't think it needed to get to that level.”

“I think it was much ado about nothing,” Dr. Carson said. “Those things are taken care of every single day just the way I described.”

The Ben Carson presidential campaign said it would issue a statement to LifeSiteNews today but did not deliver by the close of business.

Terri Schindler Schiavo fell into a coma in 1990 and was diagnosed as being in a persistent vegetative state (PVS). Her husband, Michael Schiavo, was named her guardian and, two years later, won a $1.5 million malpractice lawsuit against her doctor.

But in May 1998, Michael Schiavo petitioned for Terri's feeding tube to be removed, shortly after moving in with his girlfriend, Jodi Centonze. The two would have two children together before marrying on January 21, 2006. Schiavo said that removing the feeding tube would have been in accordance with Terri's wishes.

Terri's biological family disagreed, releasing videos that appeared to show the patient responding to commands and vocal stimuli. They petitioned that Schiavo was in no imminent threat of death and should be allowed to continue receiving water and nourishment.

The disagreement touched off a high profile legal showdown that encompassed the Florida legislature, then-Gov. Jeb Bush, the U.S. Congress, and President George W. Bush. Pro-life advocates from around the country gathered outside Hospice House Woodside in Pinellas Park, Florida, to show their support.

Jeb Bush appealed his ruling on March 26, creating a three-hour window in which he could have ordered the Florida Department of Law Enforcement to reinsert her feeding tube. However, when city and county law enforcement said they would resist the state's move, the state blinked, according to the Miami Herald.

But her brother, Bobby Schindler, and her parents founded the Terri Schiavo Life and Hope Network to assist other people declared “brain dead.”

“As both a Christian and a world renowned neurological surgeon, Dr. Carson owes every pro-life advocate an apology,” Bobby Schindler said in a mass media press release on Monday. “At best, he spoke from a perspective of personal prejudice and ignorance. At worst, he truly shares the perspective of so many euthanasia activists.”

“Terri was denied the protections Congress attempted to afford her, which were the same due process rights that every death row prisoner in this country possesses,” he said. “But for the brain injured, which include everyone from professional athletes to everyday Americans, their cases are often hopeless because of the attitudes Dr. Carson professes.”

“If we get a President Carson, conservatives won't need to fear ObamaCare’s so-called death panels,” Schindler said. “Dr. Carson would himself represent a one-man death panel, content to ration care and decide who deserves a chance at life based on a warped sense of the ethics of medicine and humane law.”

But it outraged pro-life advocates like Catholic blogger Kathy Schieffer, who wrote, “The Catholic Church has always taught that all human life has dignity, and that euthanasia – the deliberate taking of a life for a perceived 'good purpose' – is wrong. In 2007, the Congregation for the Doctrine of the Faith responded to questions from the U.S. Bishops regarding the specific question of artificial hydration and nutrition.” The Catholic Church teaches that every medical patient deserves the right to receive food and water.

10 years ago today, Terri Schiavo died an agonizing death. I was with her family. Where were you?

Ben Carson says it is ‘foolish’ not to use already aborted babies’ tissues in experiments
Bob Schindler, Father of Terri Schiavo and Tireless Fighter for Disabled Persons Right to Life, Pass
Five Years Later, Pro-Life Leaders Remember Terri Schiavo’s Murder
‘There’s not a day that goes by we don’t think of Terri’: 6 years since Schiavo tragedy