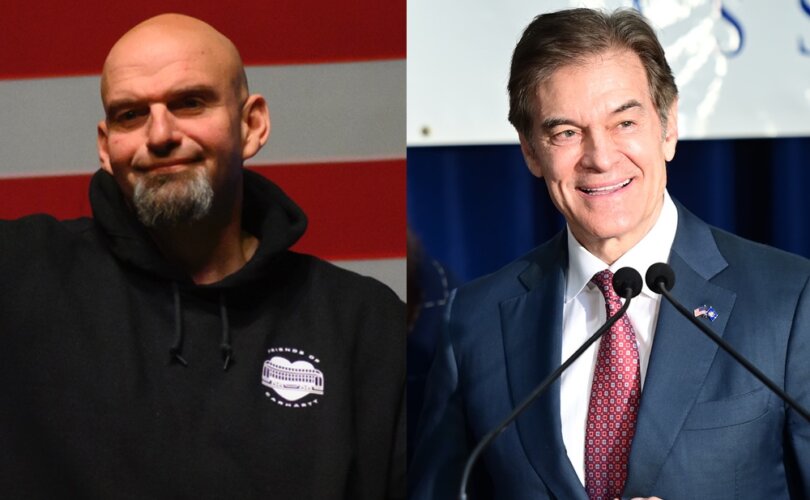 After the final count of the ballots, Fetterman emerged with 50.3 percent of the vote, defeating Oz by three percentage points. Fetterman’s campaign was shaken when he suffered a stroke in May, just before winning the primary. Since then, he has struggled to hear and speak, leading to concern from both Democrats and Republicans that he is not healthy enough to serve in office. However, results in an NBC News exit poll showed that 50 percent of voters stated that Fetterman’s health would not inhibit his work and 47 percent believed that it would. Fifty-six percent of Pennsylvania voters believed Oz had not resided in the state long enough to “properly represent it,” while 42 percent said the opposite.

READ: Left-wing states vote for ‘right’ to abortion in midterm defeat for pro-lifers

The newly elected senator has previously stated that he does not support any restrictions on abortion at any point in a pregnancy. Oz, on the other hand, reportedly supports exceptions to abortion restrictions in cases of rape, incest, and for the mother’s “health.”

Prior to the official results, state officials decided to “impose a last-minute rule change” which lengthened the “vote-count process.” Fox News reported that both a Democrat and Republican on the Philadelphia election board voted “in favor of imposing poll book reconciliation, a lengthy process intended to prevent double votes.” This additional step was intended to “flag any mail-in ballots from voters who also cast ballots in person.”

The decision was made at 7:00 a.m. EST on Election Day and was supported by two of the three board members, with the second Democrat being the one objection to the last-minute rule.

“We launched this campaign almost two years ago, and we had our slogan: every county, every vote,” Fetterman said in his victory speech last night. “This race is for the future of every community all across Pennsylvania. For every small town or person that ever felt left behind, for every job that has ever been lost, for every factory that was ever closed, for every person that works hard but never got again [sic] ahead.”

“I’m proud of what we ran on,” he continued. “Protecting a woman’s right [sic] to choose, raising our minimum wage, fighting the union way of life. Healthcare is a fundamental human right. It saved my life and it should all be there for you when you ever should need it.”

So far multiple pro-life candidates for governor have won re-elections across the country in the 2022 midterms, including Gov. Ron DeSantis of Florida, Gov. Greg Abbott of Texas, Gov. Brian Kemp of Georgia, and Gov. Kevin Stitt of Oklahoma.

Additionally, pro-life Republican J.D. Vance defeated his pro-abortion Democrat opponent Tim Ryan in Ohio for a critical seat in the Senate. However, the much-expected “red wave” did not materialize; Republicans may not even take the Senate and appear to only be poised to clinch the House by a few seats.