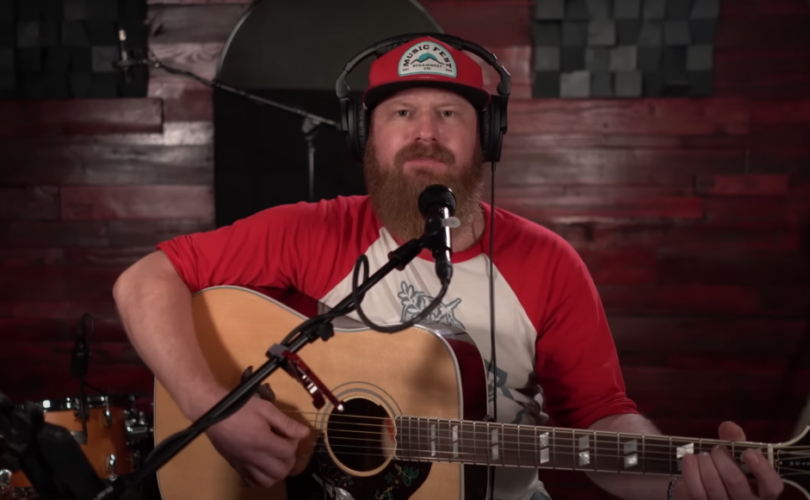 (LifeSiteNews) — Eminent internist, cardiologist, and epidemiologist Dr. Peter McCullough has said that “until proven otherwise” the sudden and tragic wedding-night death of Oklahoma country singer Jake Flint should be presumed to be caused by the COVID-19 vaccine.

“Based on what we know, unless there’s some other cause of death, the working diagnosis is that it’s subclinical vaccine-induced myocarditis,” McCullough told LifeSiteNews in a telephone interview. “As far as we know, [the COVID vaccine] is the only thing that he took into his body to damage his heart.”

Just hours after Flint’s wedding last Saturday, he passed away without warning in his sleep at age 37. The suddenness of the tragedy left new bride Brenda Wilson Flint and many others in acute pain with requests and promises of prayers being exchanged on social media.

On April 21, 2021, Flint posted an Instagram photo of his “COVID-19 Vaccination Record Card” indicating he had received two Pfizer injections within the previous month, writing that he had been “Fully Vaxed to the max,” and was apparently looking forward to resuming live performances on the road.

With many commenters taking note on social media of the correlation of the musician’s Pfizer shots and his sudden death, ENews reported Thursday that Flint publicist Clif Doyal was “setting the record straight” rejecting the notion that the singer’s passing had anything to do with his COVID-19 gene-based vaccine injections.

“I am the official publicist for Jake Flint and his family,” Doyal said. “I can verify from them, and from my own personal knowledge, that Jake Flint’s sudden and tragic death was not related in any way to the COVID-19 vaccine. Pending an official autopsy report there will be no further comment.”

Yet, McCullough indicated that this type of sudden death likely had something to do with Flint’s heart and that “vaccine-induced myocarditis” remains the probable diagnosis in the absence of information that may provide an alternative explanation.

“So, let’s say he was a known cocaine user as an example. [In that case] maybe we would conclude that cocaine damaged his heart and he had a cardiac arrest, and that would be an explanation,” proposed the author of 677 published articles in scientific peer-reviewed journals.

“If he was somebody who previously was known to have heart blockages and had [heart] stents, you would conclude he died of likely another heart attack, and a cardiac arrest of that mechanism,” McCullough continued.

“But without any other knowledge, all we know is that he’s ostensibly perfectly fine and he dies the night after he’s married. And the only thing in his history that could cause death would be a COVID-19 vaccine, because the COVID-19 vaccines are proven to cause cardiac death in published autopsy studies,” explained the former editor of two major medical journals who remains the most published individual in his field.

“As these cases come up, and they continue to come up now on a daily basis,” the cause of death should be considered “the COVID-19 vaccine until proven otherwise,” he said.

And proving it otherwise would mean identifying “a drug overdose, a suicide attempt, a motor vehicle accident, something very obvious or known antecedent disease such as progressive cancer, such as a progressive neurodegenerative disorder like Lou Gehrig’s disease or something like this,” McCullough explained.

The cause of death is known in the vast majority of cases in the United States, the epidemiologist continued. “In our country, 40% of the deaths are known [to result from] cardiovascular disease, 40% are known cancer, and 20% is other causes which are known, including drug overdose, suicide, etc. We have very, very few cases where it’s death and there’s no explanation whatsoever.”

“So, in this setting, if someone has taken a vaccine which is proven to cause cardiovascular death through the mechanism of myocarditis, it is the vaccine until proven otherwise,” the physician concluded.

In the United States, while the Centers for Disease Control’s passive Vaccine Adverse Event Reporting System (VAERS) received only around 150 annual death reports before 2021, it currently shows 1,467,781 reports of adverse events after COVID vaccines administered between Dec. 14, 2020, and November 18, 2022. This data includes a total 32,370 reports of deaths, 184,290 hospitalizations, and 60,339 permanent disabilities.

And there remains plenty of evidence that these numbers are just the “tip of the iceberg” considering a 2010 Harvard-executed study commissioned by the Department of Health and Human Services found that “fewer than 1% of vaccine adverse events are reported” in VAERS.

Around the same time, Dr. Michael Yeadon, who is a former Pfizer vice president and chief scientist for allergy and respiratory, stated, “If someone wished to harm or kill a significant proportion of the world’s population over the next few years, the systems being put in place right now will enable it.”

Cardiac arrests among the young increase by over 25% in Israel after COVID vaccine rollout: study