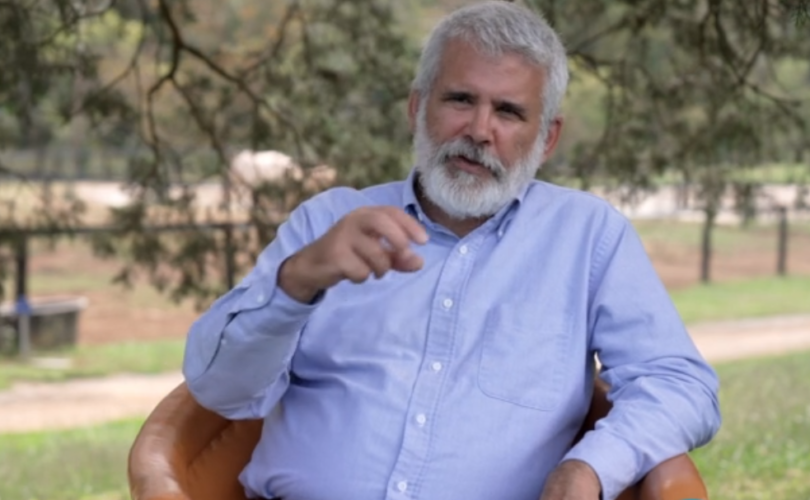 (LifeSiteNews) – Dr. Robert Malone, inventor of the mRNA technology used in some COVID jabs, sat down with LifeSite’s Jim Hale to comment on the types of attacks he has faced since coming out as a COVID-narrative skeptic and advocate for medical freedom.

Hale opened the interview by stating, “Unfortunately, you are being attacked not just from the left, but from the right as well. Could you just tell us what’s going on?”

Malone responded by saying that “he can only speculate about what the agendas are” and that this group is now publicly criticizing Malone, even suggesting he is responsible for deadly side effects associated with mRNA COVID jabs because of his prior work in that field.

“They grabbed a little phrase off my CV, that I had been serving on the active committee of the NIH and Foundation for NIH,” he said. One of the “many subgroups … is involved in what used to be Operation Warp Speed,” which is the program that began under President Trump that initiated the development of COVID jabs.

One of these associated subgroups is “the channel by which the Gates Foundation and the pharmaceutical industry can push money into NIH,” he added.

In the early days of the declared pandemic, Malone worked as a volunteer on a group that considered the repurposing of drugs for COVID related purposes.

“It was all about repurposing drugs,” he said and had “nothing to do with vaccines.”

Malone said that because he served on a working group that some are associating with the U.S. government’s vaccine-heavy response, he is being labeled by some right-wingers as “controlled opposition” because he sat on a committee.

He said he “doesn’t get this, and it seems to be people seizing on one little fact” and taking it completely out of context.

Malone added that his critics have “just launched off on a massive conspiracy theory.”

According to Malone, popular alternative media pundit Stew Peters stated that Malone was “a mass murderer” because he “invented the platform of the RNA delivery technology and its application for vaccines.”

Malone stated that he had been working on the technology for years, not knowing what it might be used for, and that he had no intention that it would be used the way it is today.

“Another one of the attacks,” he said is related to a medical company called Reliance that he used to work for. “There are various people who have said it’s my vaccine. I own that vaccine.”

He explained how the accusation could not be true as “Reliance Industries is one of the largest companies in the world.”

Suggesting that he thinks there are motives that might be financial behind the attacks that are being leveled at him.

“I never sought this role of being functionally a leader in this global resistance. It kind of came to me and I’ve done my best to perform in a responsible and mature fashion, but I’m just tired of it, I want to walk away.”