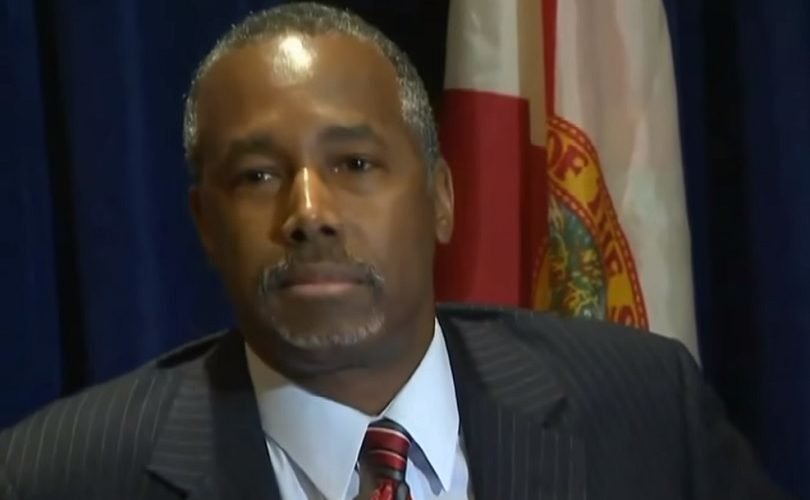 COLORADO SPRINGS, Colorado, November 30, 2015 (LifeSiteNews) — Pro-life leaders are used to being accused of hate speech by Planned Parenthood, Hillary Clinton, and campus feminist activists. But they were surprised to hear Dr. Ben Carson seem to agree that they spewed “hateful” and “immature” rhetoric on Sunday.

When CBS moderator John Dickerson asked Dr. Carson whether Planned Parenthood was right that pro-life rhetoric had led to Friday's shooting inside a Colorado Springs abortion facility, the doctor readily agreed. There is “no question the hateful rhetoric exacerbates the situation,” Carson said on “Face the Nation.”

“The only thing that's extreme is Planned Parenthood's desire to see abortion without restriction through all nine months of pregnancy while they capitalize off dismembering preborn children and parting them out for sale,” she said.

“Planned Parenthood's day-to-day operations are very extreme,” Muzyka continued. “Those who seek to shine a light into Planned Parenthood's real mission simply want to inform the public so Americans can shut down their deadly agenda through peaceful means such as defunding.”

Police have not yet established a motive for Dear. However, federal authorities have tried to link the right to life movement with “domestic terrorism” since the Clinton administration's Violence Against Abortion Providers Conspiracy (VAAPCON) program in the 1990s.

“No one in the pro-life movement ever calls for violence in return, because it's diametrically opposed to our agenda to peacefully assist pregnant women-in-crisis and abortion workers who want to leave the business,” said Muzyka, who leads a national network of people who counsel abortion-minded mothers outside abortion facilities.

Dr. Ben Carson “must reacquaint himself with the pro-life movement he loves and claims” as his own, Muzyka told LifeSiteNews.

Her assessment was perhaps the softest of those who replied to Carson's comments.

“Did Carson take his talking points from Planned Parenthood?” asked Kristan Hawkins, president of Students for Life of America. She accused the neurosurgeon of “furthering the deceitful narrative that the abortion industry has already laid out in the media.”

The most recent Quinnipiac poll shows Dr. Carson, who once led the field in Iowa, falling to third place in the Hawkeye state, five points behind Senator Ted Cruz.