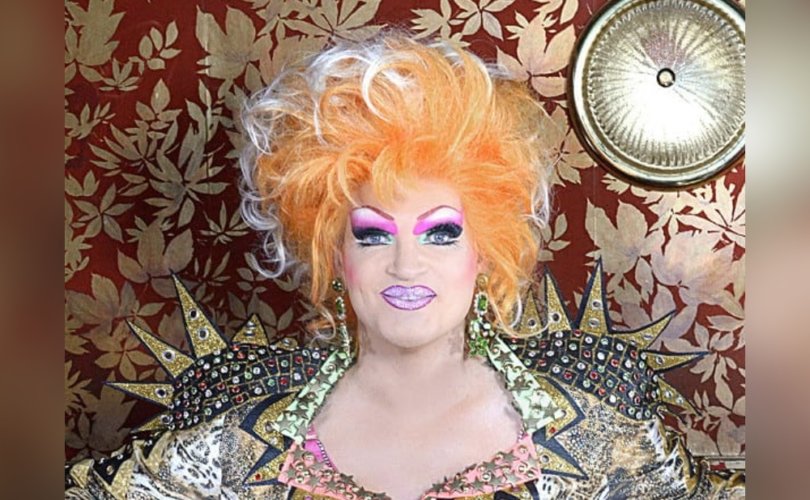 Oliver Knöbel, a man who presents himself in Germany as drag queen 'Olivia Jones.'olivia-jones.de

January 31, 2020 (LifeSiteNews) – Germany’s most famous drag queen hopes to meet Pope Francis in person, dressed in drag, and challenge the Pope to approve of homosexual “marriage” and to open up ministries for women.

Oliver Knöbel, a man who presents himself in Germany as drag queen “Olivia Jones,” said he is aspiring to attend a general audience with Pope Francis while dressed as a woman.

Knöbel said last November, on the occasion of his 50th birthday, that his goal is to meet the Pope. He even hopes for a group audience with the “Olivia Jones Family,” a group of transvestites and comedians.

“We would have much to talk about,” the drag queen said. “I would like to hear from the Pope why marriage for all is still such a problem for the Catholic Church and why women are still playing a subordinate role. I do not understand why the Church acts in such a backward way.”

Speaking to German tabloid Die Bild in a recent interview, Knöbel's manager explained that the drag queen’s wish to meet the Pope is “serious.”

“Several institutions and persons,” Knöbel's manager said, “have already offered assistance with the organization.” Such a meeting would be a “sensation,” he added.

Die Bild asked the Vatican in November whether Knöbel may attend a papal audience in drag. Pope Benedict’s personal secretary Archbishop Georg Gänswein stated in a Die Bild January 30 report that for such a “possible encounter with the Pope at a general audience,” a letter of recommendation from the local bishop is required, adding that “a participation at a general audience as an artistic figure is not possible.” Die Bild provided a photo of the letter written and signed by Archbishop Gänswein as Prefect of the Papal Household.

According to the website of the German bishops, Katholisch.de, Archbishop Stephan Hesse would be the responsible local bishop who could write such a letter of recommendation for Mr. Knöbel. Hesse, together with the Vice-President of the German Bishops' Conference recently wrote a foreword to a book promoting the idea of blessing homosexual couples in the Catholic Church.

Archbishop Gänswein told Die Bild that “homosexuality is against the laws of nature.”