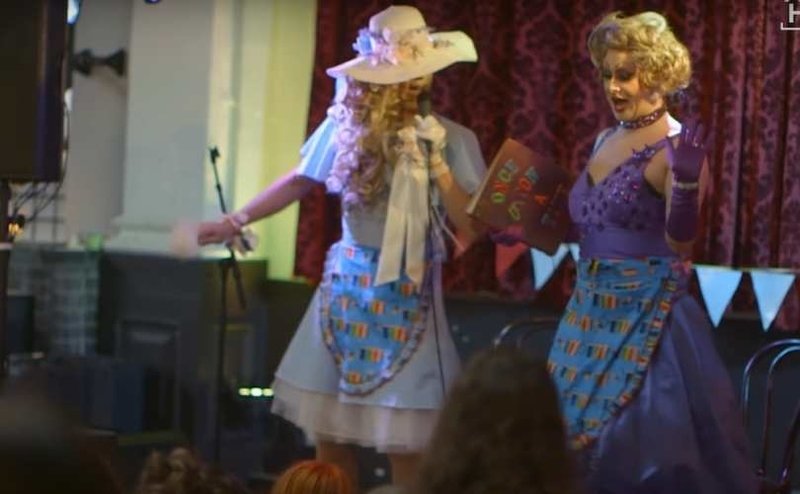 LONDON, England, November 14, 2017 (LifeSiteNews) — Starting tomorrow, men dressed as women will be reading stories to children as young as two at a chain of London nursery schools.

The London Early Years Foundation has “teamed up” with “Drag Queen Story Time” to “connect children and drag queens through the art of storytelling and fun interactive events,” according to the chain’s press release.

Drag Queen Story Time (DQST) is the brainchild of Bristol’s Thomas Canham, a 25-year-old inspired by New York City’s Drag Queen Story Hour. When the producers of American television show “RuPaul’s Drag Race” tweeted news of the New York program, Canham tweeted back, “Why can’t we have something like this in the UK?” To his surprise, the producers wrote back suggesting he start his own group.

Canham, described as a “call centre employee” and as a “law student,” launched his Drag Queen Story Time project in May. He set up a Crowdfunder campaign to buy storybooks and pay for mandatory police checks on volunteers. He recruited around 30 men for his project.

As Canham told the Bristol Post at the time, “I have had interest from a variety of different queens — from young and old, drag veterans to really fresh queens — so I think it will be a really positive experience to help foster new drag talent.”

But it’s not just for the drag queens. This week, the UK Metro commuter paper reported that DQST was “created with the hope of providing children as young as two with ‘queer role models.’” Canham’s volunteers read children stories they loved as children, lead them in well-known children’s songs adapted to include a drag theme, and then read a feminist fairy tale or story that questions gender norms. Books Canham has selected  And Tango Makes Three, My Princess Boy, Red: A Crayon’s Story and Introducing Teddy.

According to Tes.com, a website for teachers, in June Canham planned to contact Bristol schools asking for access to their classrooms. Meanwhile, “Drag Queen Story Time” will be appearing at seven of the London Early Years Foundations’ nurseries this winter. If the program is successful, the drag performers will appear at the other 37 sites.

According to the London Early Years Foundation, the DQST project “aims to teach children of all ages to spread a message of tolerance and kindness.” It will include not just story time but “a Hallowe’en drag disco, face painting and high tea.” The first event will be in the LEYF daycare in SoHo on November 15.

According to the manager of the SoHO nursery, Greg Stewart Lane, “We live in a world where people face homophobia, racism and general discrimination on a daily basis. Yet these are all learnt behaviours – we aren’t born with any form of hatred, you get taught it over time. If events like DQST can help curtail this and teach children about tolerance and kindness, then that has to be a good thing.”

This view echoes Canham’s remarks to the Bristol Post: “For me the project is about drag queens providing fun and inclusive reading for children about issues around misogyny, homophobia, racism, LGBTQ and gender fluidity in a way which they can understand. … Racism, homophobia, misogyny and the like are all learnt behaviours – we aren’t born with any form of hatred, you get taught it over time. And if projects like these can go some small way to helping prevent or curtail that, then it can only be a good thing.”

Dr. Michelle Cretella, the president of the American College of Pediatricians, disagrees that Drag Queen Story Time is a good thing for children. She says that although most children know by age three they are a girl or a boy, it is not until they are five that they understand that boys grow up to be men and girls grow up to be women. It is not until age seven that most understand that “cosmetic changes” don’t alter sex.

“Due to these cognitive limitations of childhood, many preschoolers will believe that when a man cross-dresses and applies makeup he actually becomes a woman,”  Cretella told LifeSiteNews. “Consequently, it is disruptive to preschool and early elementary school children's cognitive and psychological development to expose them to drag queen story hours and gender-bending story books.

“Schools and public libraries that embrace transgenderism are gaslighting our kids.”

Canham told the Daily Mail that parents love Drag Queen Story Time and “the children love it too — especially when you’ve got a six-year-old boy there in a princess dress which he isn’t allowed to wear at home because his dad doesn’t like it.”