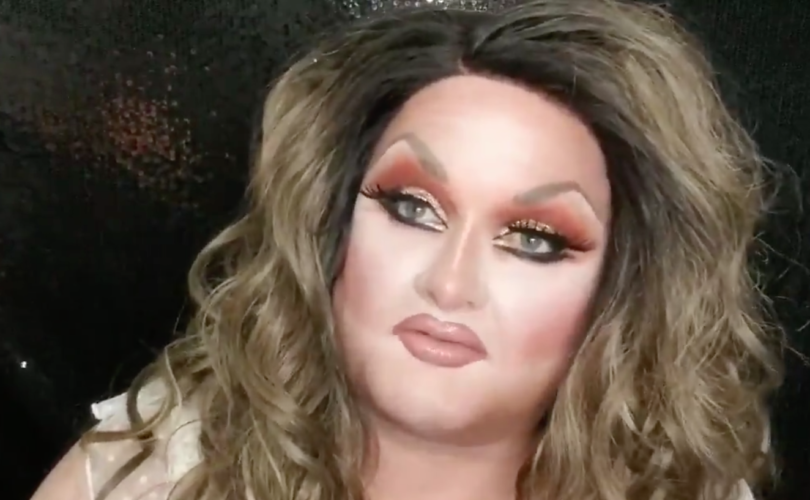 Drag Queen Kitty Demure warns parents that “to get your son involved in drag is extremely irresponsible on your part.” Twitter screenshot

January 20, 2020 (LifeSiteNews) – A drag queen issued a stern warning to moms who want their kids influenced by drag queens and take them to drag queen library storytime: “Don’t ruin your child’s life.”

Demure does not mince words as he questions why any parent could possibly want a child exposed to the sordid world of drag queens.

“What in the hell has a drag queen ever done to make you have so much respect for them, and admire them so much?” asked Demure, “other than put on makeup and jump on the floor and writhe around and do sexual things on stage?”

“I have absolutely no idea why you would want that to influence your child,” declared Demure, who describes himself as a “non-conformist gay who doesn’t follow the leftist hive mind.”

“So I don’t think this is an avenue you would want your child to explore,” he added.

Demure talked about how many kids experiment with dressing up in the clothes of the opposite sex when they’re young. “But to actually get them involved in drag is extremely, extremely irresponsible on your part.”

“But you can raise your child to be just a normal, regular, everyday child without including them in gay, sexual things,” emphasized Demure.

“Honestly, you’re not doing the gay community any favors. In fact, you’re hurting us,” noted Demure. “We have already had a reputation of being pedophiles and being perverts and deviants. We don’t need you to bring your children around.”

“So keep your kids at home, or take them to Disneyland, or Chuck E. Cheese, but if you need your child to be entertained by a big human in a costume or in makeup, take him to the circus or something.”

Demure explained that the clubs are for adults only, not kids.

“Don’t ruin your child’s life, and don’t ruin us, because that’s what you’re doing,” he concluded.