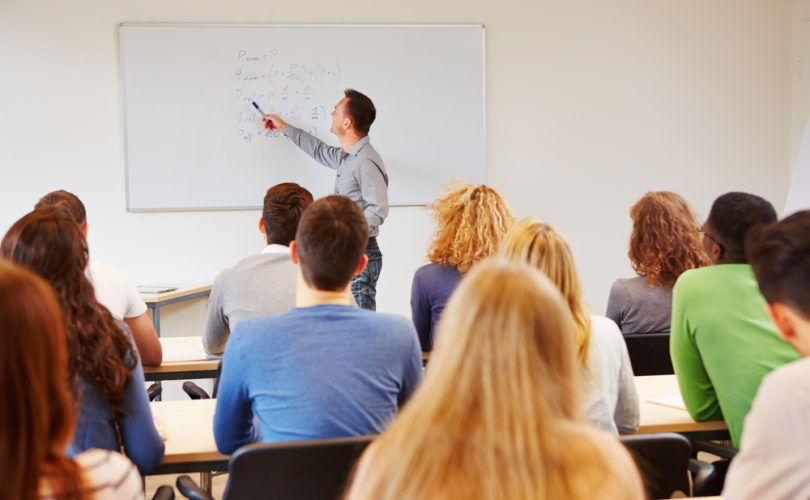 EDMONTON, Alberta, November 4, 2016 (LifeSiteNews) — Parental rights advocates are up in arms over a just released Alberta teachers' union resource to help teachers discuss LGBTQ issues that recommends staging “drag” shows in schools, referring to students as “comrades” rather than “boys” and “girls,” and having students take part in letter-writing campaigns to advocate LGBTQ rights internationally.

The 150-page “Prism Toolkit for safe and caring discussions” is intended for use in Grades 7 to 12. Produced by the Alberta Teachers Association (ATA) with funds from the Alberta government, the Toolkit was released October 31, and will be provided free of charge to every ATA member.

But Donna Trimble, executive director of Parents for Choice in Education, has blasted the document as “definitely discriminatory,” asserting that “it makes a judgment statement that gender fluidity is the only idea that really is acceptable.”

That discriminates “against a large swath of Alberta citizens, students and families that have a Biblical perspective of gender,” Trimble told LifeSiteNews in a telephone interview.

The Prism Toolkit states on page 21 that “binaries” such as “good vs evil, black vs white” are “overly simplistic and often wrong,” she pointed out.

“Gender is a one example of how binaries can not only be misleading but exclusionary and harmful,” it asserts. “Expressions of gender come in far greater iterations than merely male or female, boy or girl, man or woman.”

The toolkit advises teachers to use “gender inclusive” terms, providing a list on page 22 that includes “comrades” or “folks” instead of “boys and girls,” “guardian” or “caretaker” instead of “mother” and “father,” “crush” or “sweetheart” instead of “girlfriend” and “boyfriend.”

It includes a chart on page 23 of the neologisms now proclaimed as pronouns, such as “zer,”  “xe,” “zher,” and “perself,” and advises teachers to have students use these so-called pronouns in their written work.

No opt-outs for gender studies that are infused in curriculum

The document is also troubling because many parents don’t realize that, while their children can opt out from sex education classes, Bill 10 forbids opt-outs from “gender studies,” which includes discussions of LGBTQ issues, Trimble told LifeSiteNews.

Added to this, gender studies and LGBTQ issues are “embedded in the curriculum, and permeate the entire process,” making it next to impossible for parents to know when such conversations will be introduced, she said.

“Grade 7-12 students have no choice to decline these lessons, which happen during mandated instructional time, and are powerless to object to their learning time being used toward political activism for the advancement of LGBTQ rights or watching a school-wide drag performance,” she writes.

Ng’s detailed analysis documents that Prism Toolkit suggests “Drag 101” as a lesson plan for drama and cosmetology class. “Students may want to invite local drag queens to come to the school to teach makeup and hair techniques. Students may also want to organize a drag performance for the school” (page 118).

For language arts, it provides a map of “LGBTQ rights” and recommends that teachers have students “ join letter-writing campaigns, and study the historical, social and political contexts of nations where human rights are still under threat … ”

For science, it recommends posing the question: “What is the difference between an individual’s sexual identity and their gender identity?”

The purple unicorn illustration is headed: “Where do you fall on these spectrums?” and invites students to ponder whom they are emotionally attracted to, physically attracted to, and just what their gender is.

The document’s lesson plan for religion is entitled: “Why Homophobia Leads Us to Sin – John 8:2-11 (story of the adulterous woman), page 89-92, and advises:

Extend the conversation to understand the impact that homophobia has on classroom, school, and church community. Ideas might include breaking down true communication of God’s love and mercy, resistance to the inclusive nature of God’s call to be ourselves, restricting the pastoral approach to community.

For specifically Catholic schools, it recommends:

Failing to correct “heterosexism” can be “educational malpractice”

Andrea Berg, head of the ATA’s human rights and diversity division, told the CBC that the Prism Toolkit answered “a demand from teachers in the field.”

The ATA had produced Prism Toolkit for elementary grades in 2012, Berg said, adding that using the secondary school edition is “absolutely optional” for teachers.

Ng writes that the Prism Toolkit states rather ominously on page 10 that: “Canadian courts have found that schools that fail to address homophobia and heterosexism can be in serious breach of their professional responsibilities and considered to be engaging in educational malpractice.”

The document defines “heterosexism” as “the assumption that everyone is heterosexual and that this sexual orientation is superior.”

The belief that people fall into distinct and complementary genders (man and woman) with natural roles in life. It asserts that heterosexuality is the only sexual orientation and norm, marginalizing everything outside of the ideals of heterosexuality, monogamy, and gender conformity.

When other sexualities are acknowledged in this worldview, they are seen as inferior or intrinsically wrong.

Trimble says teachers in “particular school situations” might well feel “very uncomfortable if they say no” to using the Toolkit.

“Will there be teachers that don’t use it and schools that don’t use it? Yes,” she told LifeSiteNews. “But the fact that it is even is out there, that it has been published by the union that is supposed to support all teachers from our multicultural and pluralistic society, is very, very questionable.”

Moreover, the ATA is partnering with the Alberta government in a six-year update of the curriculum, she noted.

Both Trimble and Ng urge Albertans to join PCE’s Parental Consent is Key campaign to let the NDP know they will fight for their parental rights.

So far, more than 2,000 people have used the platform on PCE’s website to send an open letter via email to Minister of Education Dave Eggen asking the government to commit to a protocol that recognizes parents as primary educators.

Trimble says she wants to be clear that PCE does not oppose making children feel safe and welcome in school.

“Look, we understand that these are conversations that might need to take place,” she told LifeSiteNews. “But one, parents should know they’re taking place and two, they should not impose a particular moral preference.”

The province should teach only that “there are different opinions around gender, and here are some of them,” Trimble added.

“That is not what this document is doing.”

To view the Prism document, go here. To sign on to the Parental Consent is Key campaign, go here.