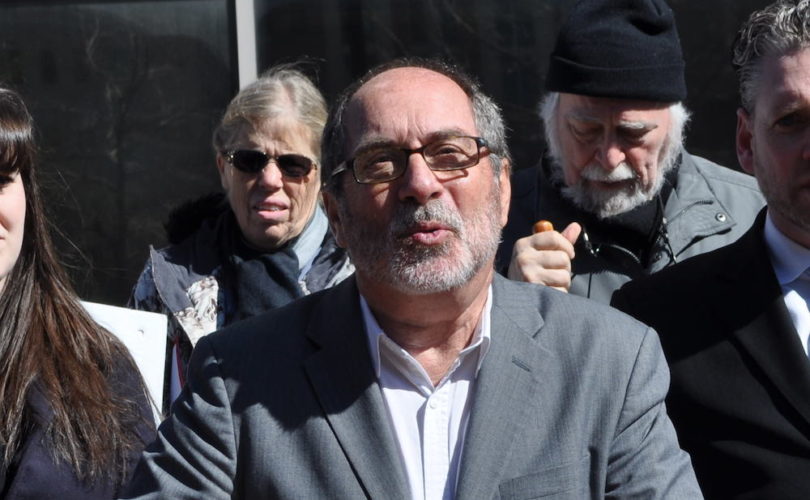 HOUSTON, February 4, 2016 (LifeSiteNews) – Harris County District Attorney Devon Anderson usually brings the heat to bear on other defendants, but a pro-life leader said she may face some charges herself.

Anderson has said she is pro-life but supports the Harris County grand jury indictments of David Daleiden and Sandra Merritt, two undercover investigators with the Center for Medical Progress. And she has resisted attempts to seat another grand jury to investigate evidence that Planned Parenthood Gulf Coast (PPGC) has profited from the sale of aborted babies' organs and tissue.

At a press conference held this morning in Houston, Rev. Pat Mahoney of the Christian Defense Coalition said he is giving Anderson a chance to reconsider the charges – which carry a sentence of up to 20 years in prison – or face the music herself.

“We are going to give District Attorney Anderson time – not too much time, but time – to reflect on this unjust decision,” Rev. Mahoney said. “If she does not drop the charges then we will first file regulatory charges against her – ethics violations she has done – with the proper authorities here in Texas.”

Karpen's story came to light when three of his employees accused him of killing newborn babies with his bare hands in Houston. Despite their testimony and photographic evidence, the grand jury did not indict him.

Lewis donated more than $25,000 to Devon Anderson and more than $12,500 to her late husband, former DA Mike Anderson.

“Since Devon Anderson assumed the position of District Attorney in September 2013, Lewis has received approximately 40 dismissals for his clients – this does not include the numerous dismissals under her husband’s administration,” one local observer wrote.

Other Lewis clients saw charges against them reduced, like Robert Durst, the real estate heir accused of serial murder and once convicted of dismembering an elderly neighbor.

Lewis held a grudge over Operation Rescue's role in exposing his client, Karpen, alongside Life Dynamics, and she believes he used his influence to hurt Daleiden and Merritt.

He “tainted this grand jury and persuaded them to turn the investigation away from Planned Parenthood and toward the citizen journalists who were indicted,” she said at the Houston rally today.

“We are seeking a new grand jury” into the CMP case, “but this time under a special prosecutor not related to the district attorney's office,” she said. “And we're also calling for a reopening of the Douglas Karpen murder investigation.”

And if she does not comply, and she is not removed from office over ethics charges, the coalition pledged to remove her from office at the ballot box.

“If she still insists, we are now in the process of talking with pastors [and] leaders here in the Harris County area,” Rev. Mahoney said, “and we will do everything we can in our power to assure that Houston has a new district attorney that respects justice, that jails criminals and not citizen journalists, and see that she is defeated in 2016.”

Mahoney, who has been active in the pro-life cause for decades, said he made a similar vow to remove a Texas judge more than two decades ago.

He had been arrested for praying outside a Houston Planned Parenthood facility and sentenced to six months in jail by then-Judge Eileen O'Neill. He campaigned for Judge John Devine, who defeated her in 1994.

Judge Devine is now a justice on the Texas Supreme Court, he noted.

Planned Parenthood investigator David Daleiden turns himself in to Texas authorities
Shock: Houston grand jury won’t indict abortionist for twisting heads off newborn babies
Abortionist who was accused of twisting heads off living babies sued for botched abortion
OB/GYN: Karpen’s botched abortion was ‘one of the worst injuries to a uterus’ she had ever seen
Workers in facilities like Gosnell’s and Karpen’s ‘are starting to panic’: pro-life leader (video)
Pro-life leaders demand Karpen’s abortion facility be closed as investigations continue