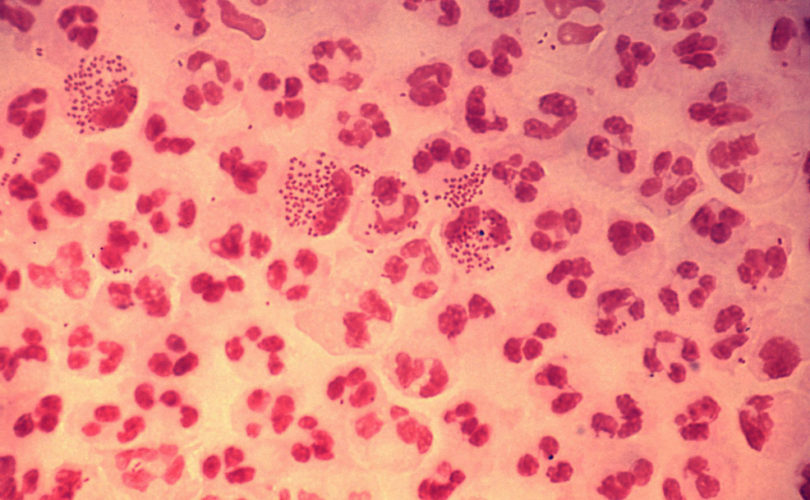 UNITED KINGDOM, September 15, 2016 (LifeSiteNews) — The outbreak of a potentially drug-resistant strain of gonorrhea “persists” in England, according to a new report from Public Health England.

“Gonorrhoea can develop [drug] resistance rapidly, therefore dual therapy is recommended because simultaneous development of resistance to both drug classes is unlikely, and first-line treatment will remain effective,” the report says. “If [the drug] azithromycin becomes ineffective against gonorrhoea, there is no ‘second lock’ to prevent or delay the emergence of ceftriaxone [another drug] resistance, and gonorrhoea may become untreatable.”

“The first documented case in the world of gonorrhoea treatment failure to both ceftriaxone and azithromycin was reported in the UK in July this year,” Public Health England reported.

Seventeen cases of this drug-resistant strain of the sexually transmitted disease have been confirmed in 2016.  There were 15 cases during the “same time period in 2015,” the report indicates.  According to Public Health England, the outbreak began among heterosexuals, the majority of whom were under the age of 20. But “between November 2015 and February 2016, cases were predominantly men who have sex with men (MSM), from a slightly older age range (18-31), with the majority resident in London or the South East. Since March 2016, cases have been mixed in terms of sexual orientation and geographically dispersed.”

In June 2015, Public Health England reported that rates of syphilis and gonorrhea among men who engage in genital contact with other men were surging.