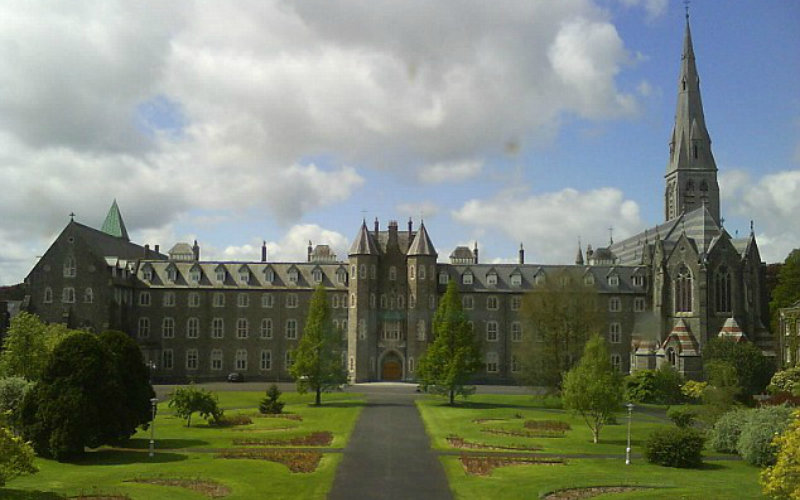 Aug. 2, 2016 (LifeSiteNews.com) – The Catholic archbishop of Dublin has removed all seminarians of his archdiocese from Ireland’s national seminary, St. Patrick’s College, following repeated allegations of homosexual activity at the institution.

In a recent interview broadcast on Ireland’s television network RTE, Archbishop Diarmuid Martin said that he was “somewhat unhappy about an atmosphere that was growing” at the seminary, where numerous accusations of homosexual misbehavior had been made in recent months.

Martin told RTE that seminarians were accused of using the Grindr app to arrange homosexual liaisons, and concerns were being expressed that seminary authorities were dismissing those who complained.

The archbishop remarked that although attempts had been made to facilitate the filing of allegations, the complaints had continued to be made anonymously on blogs.

“I offered, initially, to provide a person – totally independent person – and that they could go and in all confidence provide the evidence that they had – this is for whistleblowers,” Martin told RTE. “And the answer to that was simply more anonymous letters. That's not a healthy culture.”

The Irish Times reports that another bishop, the Bishop of Waterford and Lismore Alphonsus Cullinan, has said he will also send his seminarians to Rome instead of the national seminary. Other bishops are expected to make the same decision in the coming days.

There are about sixty seminarians currently at the seminary, which is located in Maynooth in County Kildare, although it was built to house up to five hundred. Vocations to the priesthood have been in stark decline in Ireland for decades, following a pattern found in most of Western Europe in the wake of the Second Vatican Council.

An ex-seminarian has told the Irish Independent newspaper that he plans to report sexual abuse he suffered at the seminary to the sexual assault unit of the national police. The ex-seminarian, who is remaining anonymous for now, told the newspaper that his alleged abuser was a seminary priest who was assigned to act as his “spiritual father” for the purposes of acting “as a support and guide in living a chaste and celibate life.” Instead, the priest touched him inappropriately, told him salacious jokes, and asked him intimate questions about his sexuality.

The seminarian reported the alleged abuse to the seminary president and vice-president, according to his account, but an internal complaints panel didn’t find sufficient evidence existed to punish the priest. The seminarian left, and says he passed through a deep depression and spiritual crisis.

“I am now, thank God, a happily married man,” he told the Independent.  However, he noted, “My faith was severely shaken after my experience in Maynooth, and I suffered from severe depression for a long time.” The Irish Times reported a similar story about an anonymous ex- seminarian, although it is unclear if it is the same one.

The ex-seminarian told the Independent that he would “definitely not suggest Maynooth to any young man currently considering a vocation,” given that in his experience there “was an atmosphere of neurotic fear among seminarians who loved the Church and wanted to be holy priests. Seminarians felt they had no support from their bishops in relation to voicing their concerns about problems with priests or formation programmes in the seminary.”

Click here to learn about St. Peter Damian’s Book of Gomorrah and his crusade against a plague of sodomy and corruption in the Catholic priesthood, translated by LSN reporter Matthew Hoffman

It was, he said, an atmosphere that “protects and enables abusers.”

Another former seminary student told the Independent that secrecy at the seminary is enforced by strict “confidentiality agreements” with the students, which forbid “the disclosure of any activities – heard, seen or experienced – within the seminary, including disclosure to our families.” This contributes to a “culture of secrecy within the Church.”

Seminarians punished for sounding the alarm

These anonymous accusations are echoed by the editor of Ireland’s Catholic Voice newspaper, which has been campaigning for a reform of the seminary for years, noting the rumors constantly swirling around the institution regarding an infestation of homosexuals as well as doctrinal heterodoxy in the classrooms.

Editor Anthony Murphy wrote in late May of this year that a “homosexual sub-culture” exists among some seminarians at St. Patrick’s College, and alleged that “it has come to light that in recent weeks a seminarian was suspended from seminary for uncovering the existence of homosexual behaviour.”

“This is unfathomable – the one who spoke up was punished, while those engaging in behaviour which the Church regards as objectively sinful remain in formation for the Catholic priesthood.”

“It is common knowledge among current seminarians that one seminarian (who is no longer in formation) last year boasted that his formation in the seminary helped him to discover his ‘true self’ (i.e. as a homosexual),” wrote Murphy.

Murphy’s allegation may refer to a case recently reported by the Irish Times, which stated that “earlier this year, there was controversy at Maynooth when a seminarian who claimed he found two colleagues in bed together was dismissed,” but that following his allegations, he was in turn investigated over “allegations by the two seminarians alleged to have been in bed together that he was bullying them and talking about them.”

Murphy writes that the crisis in sexual misbehavior is accompanied by a serious doctrinal crisis at the seminary, noting that last year six of the seminarians were asked to take a “time out” from priestly formation, in part because they were “theologically rigid,” and chose to kneel during the consecration of the Eucharist. The seminarians were allowed to continue their studies after the story was reported in the Irish press.

The seminary’s president told RTE that there is no investigation currently being undertaken by St. Patrick’s College regarding complaints of sexual harassment or misconduct, and urged those who have concerns to go to the “civil authorities.”

Although he professed concern about the allegations of the existence of a homosexual culture at the seminary, he claimed to have “no concrete detail” about such allegations, which have been made anonymously on the Internet.

He told RTE that all seminarians are expected to live a celibate life. “That’s non-negotiable,” he told the network.