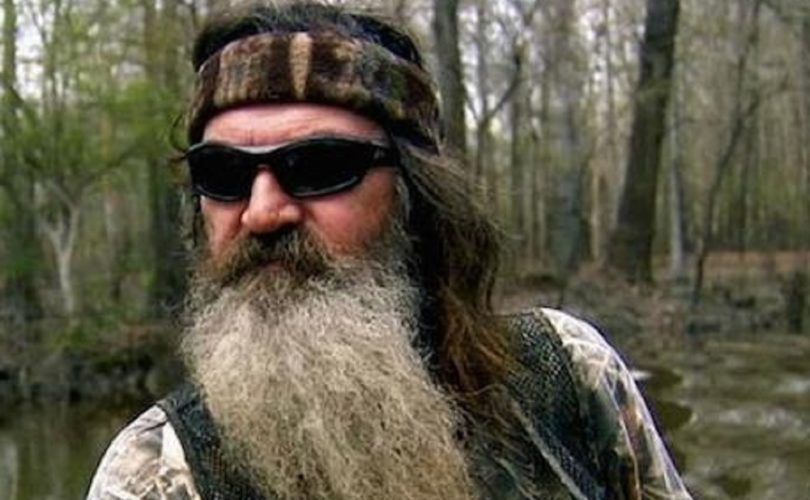 CLEVELAND, Ohio, July 22, 2016 (LifeSiteNews) — Duck Dynasty reality television star Phil Robertson is known for his candor when it comes to faith and politics.

And so it was no surprise Thursday when he stated matter-of-factly in appearances before state delegations at the Republican National Convention that there’s a simple solution to cure the problems afflicting the United States and world.

“In politics, as you’ve noticed in America, we’ve turned into a land of lawlessness,” Robertson told the Nebraska delegation in an unstated reference of recent police shootings in American cities and Islamic terrorist rampages. “America’s problem is it’s become so sinful. No one ever mentions sins anymore. But I will. Everyone who sins breaks the law. In fact, sin is lawlessness.”

Robertson’s son, Willie, addressed the convention earlier in the week and hit on some of the same themes as his father while stumping for Republican presidential candidate Donald Trump. Phil Robertson, a staunch opponent of abortion, initially backed Ted Cruz but joined his son in endorsing Trump after the primaries.

Robertson, the family patriarch, made the rounds during the convention to various state delegations to promote Torchbearer, a new documentary focused on the impact of the decline of religion in the world that debuted at the convention.

Regarding the current political climate in America, Robertson offered his solution — one that Trump did not mention in his speech accepting the party’s nomination on Thursday night.

“It’s more of a spiritual fix than it is a political one, in my opinion,” Robertson said. “Therefore, we can pray for our country, but the last thing we want to do is sit at home. We have to get rid of this politically correct crap and go back to Biblical correctness.”

“There is no downside to loving God and loving your neighbor, for crying out loud. … I wish we would just try keeping two of God’s laws: don’t murder and don’t steal. It’s two of the top 10. I wonder if we just kept those two, would life be better? What do you think?”