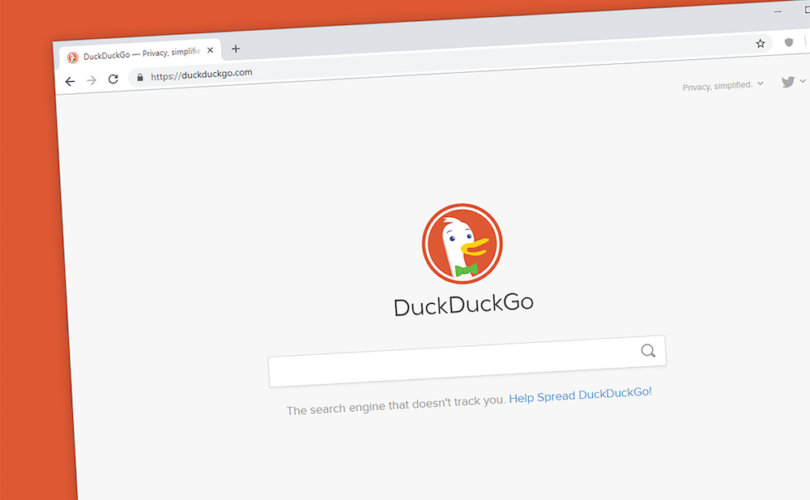 (LifeSiteNews) – The CEO of the popular alternative search engine DuckDuckGo, which prides itself as a privacy-centric alternative to Google, has said that despite claims from some, there will not be any “purging” of independent media from its search results.

“Hoping to clear up some misconceptions about our private search engine. First, there is a completely made up headline going around this weekend. We are not ‘purging’ any media outlets from results. Anyone can verify this by searching for an outlet and see it come up in results,” tweeted DuckDuckGo CEO Gabriel Weinberg on April 17.

The statement from Weinberg comes after News Punch claimed in a March 11 report that DuckDuckGo would be clearing its site of independent media.

Wrote News Punch, “DuckDuckGo CEO Gabriel Weinberg has announced that the search engine will begin purging all independent media outlets from the platform and will replace them with ‘trusted’ mainstream media outlets instead.”

Weinberg stated today on Twitter that the News Punch report is “completely false.”

“To clear up any confusion, the ‘made up headline’ referenced in the first tweet of this thread was referring to a newspunch headline claiming we were ‘purging all independent media outlets from the platform.’ As stated above, that is completely false,” tweeted Weinberg.

Weinberg wrote on April 17 that DuckDuck Go “is not ‘purging’ YouTube-dl or The Pirate Bay and they both have actually been continuously available in our results if you search for them by name (which most people do). Our site: operator (which hardly anyone uses) is having issues which we are looking into.”

Weinberg clarified that DuckDuckGo is “not and have never been owned by Google, and we also don’t rely on Google’s results for any of our search results.”

“We have been an independent company since our founding in 2008,” added Weinberg.

He also said that DuckDuckGo does not “track our users so don’t have any search histories and therefore cannot alter results based on search history.”

“This is different from ‘unfiltered’ because every search engine’s job is to filter millions of possible results down to a ranked order of just a handful,” noted Weinberg.

Weinberg then said that “Search ranking and censorship are entirely different things.”

“We make our results useful by ranking spam lower. We are not ranking based on any political agenda or my (or anyone else’s) personal political opinions. We are also not assessing any individual news stories,” he added.

In March, DuckDuckGo caused many to question whether it would continue to be billed as a neutral search engine after it announced it would “downrank” websites connected to Russian disinformation in its search results.

About this, on April 17, Weinberg said that “Unlike independent media, Russian state-sponsored media is highly censored and violations are punishable by jail time or worse.”

“This makes it inherently more spammy relative to independent media. The same is true for all censored media,” added Weinberg.

DuckDuckGo was launched in 2008 and quickly became popular as an alternative to Google, Apple, and Microsoft-based search engines which have been known to manipulate search results.

An example of search manipulation is the information war that took place, and is still underway, regarding COVID-19, in particular with regard to the COVID jabs.

Mainstream tech companies Google and Microsoft and social media giants Twitter and Facebook in March, 2020, billed themselves as the sole judges of what is deemed to be “authoritative content” regarding COVID-19 in a joint statement they released.