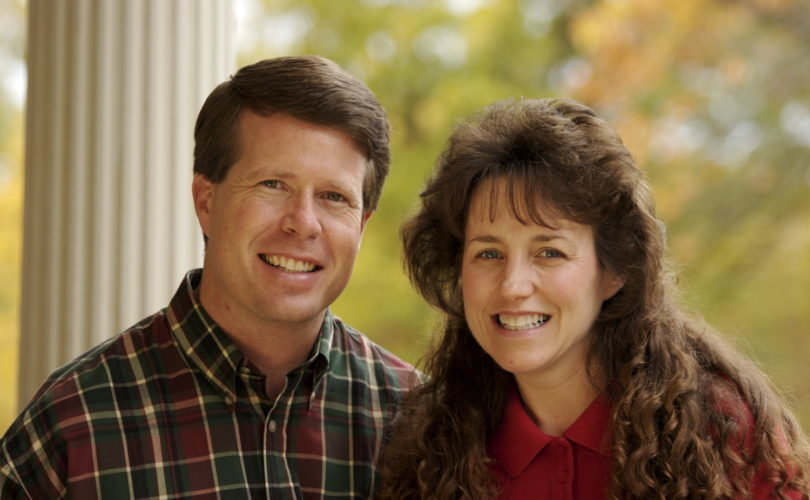 Men and women who want to use the opposite sex’s bathrooms and changing facilities will no longer be able to do so in Fayetteville, Arkansas, after voters overturned a controversial ordinance – with a little help from the Duggar family of TLC’s 19 Kids and Counting.

Ordinance 119, passed by the city council in August, barred the city, employers, property owners, and business owners from discriminating based on a range of categories, controversially including “sexual orientation,” “gender identity,” and “gender expression.”

The section of the law that sparked the repeal movement was the section making it a crime to “deny, directly or indirectly, any person the full enjoyment of the goods, services, facilities, privileges, advantages and accommodations of any business establishment or place of public accommodation” based on “gender identity” or “gender expression.”

In other localities where such legislation has passed, it has consistently been used to force schools, businesses, and employers to allow self-identified “transgender” people to use the bathroom, locker room or other sex-segregated facilities of their choice, regardless of their biological sex.

Michelle Duggar tried to block the ordinance before it was passed this summer.  In a pre-recorded phone message, she told people across Fayetteville that the ordinance “would allow men — yes, I said men — to use women’s and girls’ restrooms, locker rooms, showers, sleeping areas and other areas that are designated for females only.”

“I don’t believe the citizens of Fayetteville would want males with past child predator convictions that claim they are female to have a legal right to enter private areas that are reserved for women and girls,” Duggar said. “I doubt that Fayetteville parents would stand for a law that would endanger their daughters or allow them to be traumatized by a man joining them in their private space.”

After the Fayetteville council passed the ordinance, local church leaders organized to mount a repeal effort, to which the Duggar family reportedly contributed a total of $10,000.  The “Repeal 119” coalition gathered enough signatures to force a special election to reconsider the law, and despite their opponents running multiple shuttle buses the day of the vote to get supporters of the ordinance to the polls, the people of Fayetteville voted 52-to-48 percent on Tuesday in favor of repeal.

“We wanted to repeal the ordinance because we didn’t believe it made Fayetteville a fairer city or a freer city,” the head of “Repeal 119,” pastor Duncan Campbell, told KFSM News. “It did just the opposite. It was called the Civil Rights Ordinance, but it was misnamed. It was an ordinance that actually took away civil rights and freedom from people.”

Mrs. Duggar's intervention in the debate earned the ire of pro-gay activists, and a petition on Change.org criticizing her and asking TLC to cancel the Duggar's reaity TV show earned 180,000 signatures. However, a counter-petition launched by LifeSiteNews earned 210,000 signatures.